Karin Zetterqvist was born in Oskarshamn in 1892. She and her two siblings were raised by their parents, Edvard Zetterqvist, who had a doctorate and was a history lecturer, and Elise Zetterqvist née Lundell. Following Edvard’s appointment as lecturer in history in Växsjö the whole family moved to that town. Her mother hailed from Hårstorp farm in Kläckeberg congregation (now Förlösa-Kläckeberga congregation) near Kalmar. It was there that Karin Zetterqvist spent all her summers and developed an interest in agriculture at an early stage. In 1910 she became the first woman to start studying at Alnarps lantbruks- och mejeriinstitut (now SLU). She graduated in 1912, the same year that agronomy gained a formal qualification. From 1914 until her death in 1959 Karin Zetterqvist subsequently worked the family farm at Hårstorp.

In 1914 Karin Zetterqvist trained as a domestic sciences teacher at what was then Fackskolan för Huslig ekonomi (vocational school of domestic sciences) in Uppsala. The school had been founded in 1895 by Karin Zetterqvist’s maternal uncle Johan August Lundell and Ida Norrby. Whilst studying Karin Zetterqvist also began to work the family farm, which for years had comprised two units: Hårstorp 1 and 2. Karin Zetterqvist worked both from 1914 onwards and she owned the smaller of the two outright. Ten years later she also acquired the larger unit which her maternal grandfather had originally purchased in the 1830s. However, during the 1940s the workable area shrank following the F12 Kalmar Wing taking possession of a part of the farm lands.

Karin Zetterqvist was extremely interested in horses but she was also open to innovation and was an early acquirer of tractors. She was well-known in the local area where she was called “fröken på Hårstorp” (Miss Hårstorp). People used to stop and stare when she drove into Kalmar at the head of a fully-laden cart, drawn by two roan-coloured grey horses, with two German Shepherd dogs beside her on the driver’s seat. In 1938 she won the Kalmar county southern Hushållningssällskap (rural society) breeders’ prize for her thoroughbred Sussi. She was also an active municipal politician, who served as chair of the children’s welfare agency and deputy chair of the poor relief board.

Karin Zetterqvist died in 1959, aged 67. During the final years of her life she suffered from rheumatism. Her younger sister Brita was a trained rural domestic sciences teacher. She inherited the farm which she farmed until her death in 1983. Brita Zetterqvist willed the farm to Inga Andersson, who was also a rural domestic sciences teacher and had arrived at the farm in 1956. She had served as a kitchen trainee and became a close friend of Brita Zetterqvist. Inga Andersson settled at the farm during the 1980s, leasing out the surrounding land. 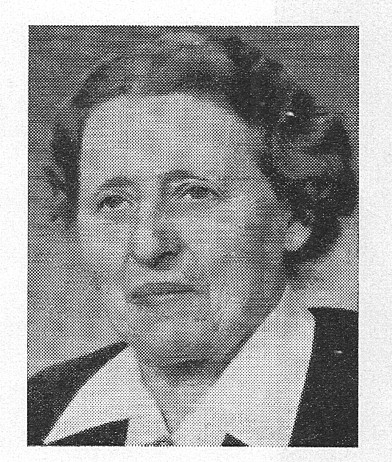