Åsa Nelvin was an author who put the pain of being an outsider into words with both anger and poetry.

Åsa Nelvin grew up on Hisingen in Gothenburg. She was the second child of Sven-Åke and Inga Nelvin. She lost her mother when she was ten years old and for a few years she lived alternately with relatives in Helsingborg and with her father on Hisingen. The traumatic loss of her mother and the alienation she experienced in her new surroundings left a deep impact on her and tales of loneliness and isolation permeate her writing. She suffered from the same kidney disease as her mother. She committed suicide when she was only thirty years old.

Åsa Nelvin has been described as somewhat of a prodigy. As a child she wrote stories, painted, drew and created small dollhouse-like installations. However, she decided to train as an actor. At only fifteen years of age she enrolled at Gothenburg’s Scenskola (drama school), becoming the school’s youngest-ever student. After just a few months she withdrew from the school, but still worked as an actor for a short period. She had a major part in Bengt Bratt’s TV series Friställda, a work of social criticism which aired for ten episodes during 1969.

That same year, in 1969, Åsa Nelvin made her debut as an author with her children’s book De vita björnana. The book, illustrated by Hans Arnold, is a scary tale of the adventures of a young girl in a dangerous and foreign land. She desperately wants to be a heroine and a lifesaver but is unable to rise to the test. In a similar vein, Nelvin’s next children’s book, Det lilla landet, 1971, is a fairy-tale story of a little child who is set the challenge of fighting evil but is not equal to the task. These children’s books seem less like books for children than a way of revealing how awful it is to be a child. The naive perspective of the child serves as a rhetorical position from which the incomprehensible and exceedingly frightening surrounding world is perceived.

Åsa Nelvin’s writings exhibit a strong continuity. The themes and style of the children’s books are clearly apparent in her adult novels. In the two novels Åsa Nelvin subsequently published, Tillflyktens hus. En f.d. inneboendes erinran, 1975, and Kvinnan som lekte med dockor, 1977, she perfected her dark style. They are written in a matter-of-fact and realistic manner, yet are absurd and surreal, sometimes even grotesque. Her style is reminiscent of authors such as Kafka and Beckett and later female writers such as Elfriede Jelinek and Hertha Müller. As is the case with these other authors, her language use reflects a view of the world and human relations as hard, joyless and repulsive.

Tillflyktens hus, the novel for which Åsa Nelvin is best known, is very mysterious and complicated. It consists of four parts, beginning with the narrator looking at a stone fountain. The damp, blackened, dead stone mirrors her longing to be stone-like: cold and emotionless. She has a manuscript with her. Perhaps this is what is later shared with the reader. In the following sections short and brutal imagery is used to describe an upbringing, which has led the narrator to hate who she has become. This realistic portrayal is then interrupted by almost hallucinogenic imagery and dialogue describing a nightmarish existence where N, as the main character is referred to, is locked in a closed room with three others. They fight for space and power until they finally destroy each other in a crescendo of violence. In the final part N, apparently the same character as the initial narrator, continues her walk.

The life of the main character N of Tillflyktens hus shares obvious similarities with Nelvin’s own life. Nevertheless, the book is more of an anti-autobiography than an autobiography. What is described is not, as in an autobiography, the emergence and development of the narrator but rather the opposite: a narrator who is dissolved and destroyed.

The distinguishing feature of Stumpan, the main character in Åsa Nelvin’s second novel Kvinnan som lekte med dockor, just as with N in Tillflyktens hus, is silence and the alienation that this entails for oneself and others. Stumpan is an orphaned, young, single woman on the fringes of society. The aversion she has for the world around her is reflected in the disgust which marks the description of her life. She is in an – even to herself – incomprehensible relationship with an older, chastened and alcoholic man. When he leaves her it seems her world has become devoid of all meaning. She stamps library books at Gothenburg city library, wanders up and down the Avenue, enters into various relationships, goes on a holiday at Nyhamnsläge, but everything is ugly, cold and loathsome. Most repellent is the childless middle-class older couple who took it upon themselves to become her foster parents after her mother’s death.

Nelvin’s novels are sarcastic, almost virulent in their portrayals of traditional female roles and, like the women’s literature of the 1970s, contain a hint of autobiography. Despite this her novels did not gel with the literary ideal of the 1970s. They contain neither a social nor a feminist-political agenda. There is no developing plotline, no hope, no solutions. They are experimental in style, fragmentary and in many ways challenged the dominant realism. Although her novels were respectfully received they engendered no great response among either reviewers or the wider public.

It was not until her poetry collection Gattet. Sånger från barndomen, which was posthumously published in 1981, that Åsa Nelvin achieved a critical breakthrough. She used the same autobiographical material for this collection as she had with her previous books, but treated it in a new manner. The collection comprises 41 autobiographical pieces from her childhood, and the characters could as easily be from any of her novels. However, the tone of Gattet is different. Beautifully elegiac and powerful stanzas describe wordless communication, a recurrent theme of her writings, in an almost loving way. The poems are formed relatively simply, but the magic does not reside in their construction, but in the very language. The imagery is exceedingly clear and easy to follow whilst simultaneously twisting the images to present them to the reader in a new light.

During the 1980s Åsa Nelvin’s writings became increasingly forgotten. However, both Tillflyktens hus and Gattet were reprinted in the early 2000s and she became the object of renewed interest and very favourably received.

Åsa Nelvin died in 1981 and is buried at Lundby’s new cemetery on Hisingen. 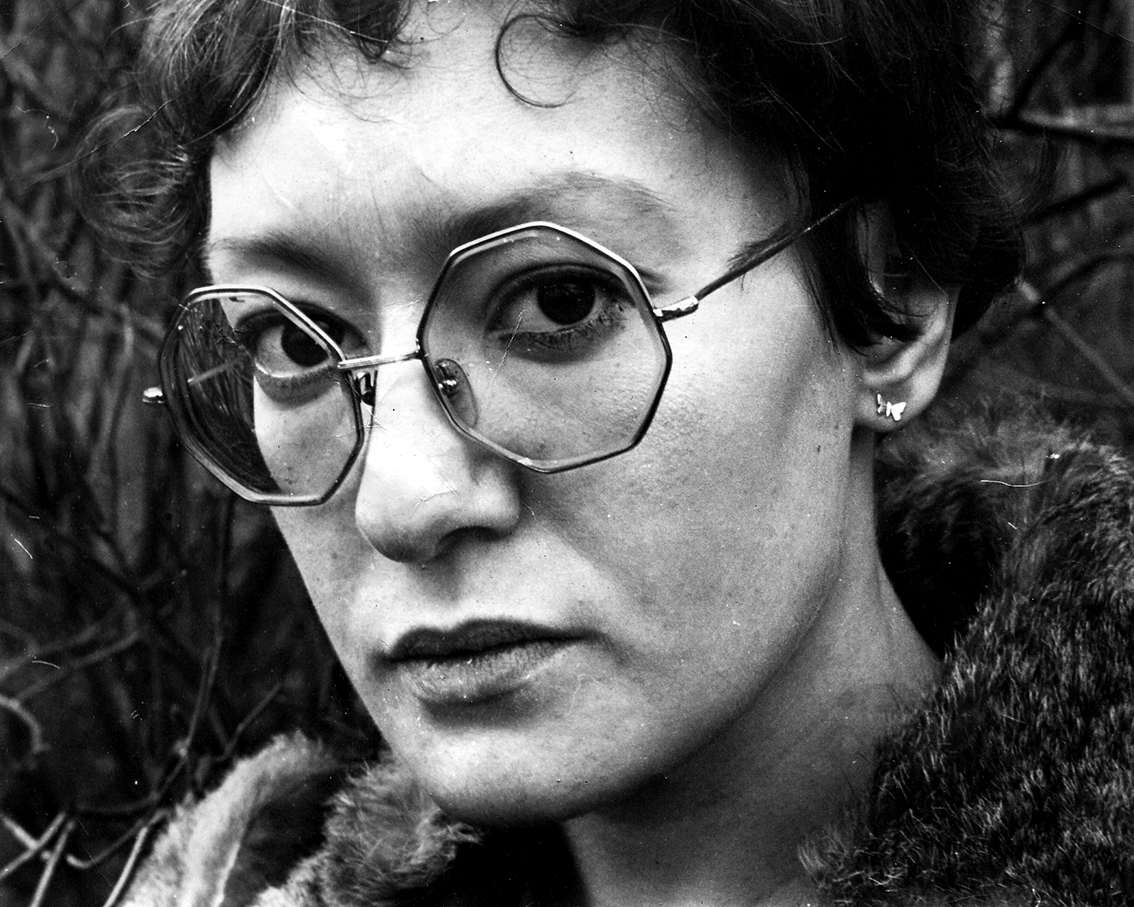