Sofia Spångberg was an active supporter of Hjemmefronten in Norway. She was also politically active as a peace campaigner.

Sofia Spånberg was born in Eda congregation, Värmland in 1898. She was one of six children born to Nils Nilsson, a homestead owner, and his wife Maria Nilsdotter. Sofia Spångberg began attending the permanent junior school at Charlottenberg in 1905. That same year, on 7 June 1905, the Norwegian parliament dissolved the union with Sweden and this was followed by an election later that same summer which affirmed the union’s dissolution. Despite this, military mobilisation was ramped up on both sides of the border. Sofia Spångberg experienced this crisis at first hand and watched the Swedish army make its way towards the Norwegian border. It was not long before Sweden recognised Norway as an independent state and the military mobilisation was stood down. By 23 September the two countries were at peace again and the barbed wire, the soldiers, and the cannon departed from Charlottenberg. These events had a lasting impact on Sofia Spångberg.

Sofia Spångberg gained her first job at the age of twelve when she began to work at Tiedemanns tobacco factory in Charlottenberg. She was actually too young to work there as the official age limit was 14. When Kerstin Hesselgren, the industry inspector, arrived to inspect conditions at the factory the foreman hid all the underage workers in the cellar. One day in the summer of 1914 the church bells began to ring and soon the foreman came to tell the workers that military mobilisation was afoot again: the First World War had broken out. This led to great unease and one of Sofia Spångberg’s older brothers was stationed at Karungi in Haparanda. The situation in Sweden had already been tough before the war broke out and many people did not have enough food. The tobacco factory opened a special kitchen for the needy but this hardly made a difference. Hot on the footsteps of food shortages and starvation came the Spanish Flu. On one Sunday in 1918 there were thirteen funerals held at Eda church alone.

In the midst of a raging world war Sofia Spångberg’s realisation that war is unnecessary and wrong became solidified. She was also influenced by the socialist-themed material which one of her older sisters was reading. Indeed, in 1916 Sofia Spångberg became the secretary of the Charlottenberg division of the Social Democratic youth club (SDUK), now part of Sveriges socialdemokratiska ungdomsförbund (SSU, Swedish Social Democratic party youth federation), which she had also been involved in setting up. The group was heavily involved in the peace movement. They held talks and organised meetings focused on peace and supplied their members with reading material on the subject. Eventually Charlottenberg SDUK came to number over a hundred members. Famous socialists, such as Kata Dalström and Sixten von Gegerfelt, came to give talks to the members.

The working day at the tobacco factory was a long one and this meant that SDUK meetings and related activities could only take place on Sundays, which were Sofia Spångberg’s day off. She met her future husband through the club, namely August Spångberg. The first time she heard him speak he spoke on peace and this pleased her greatly. In addition to their activities with the youth club Sofia and August Spångberg were also elected to serve as leaders of Charlottenbergs Barngille, a type of pre-school set up for the benefit of the workers’ movement, where “feelings of responsibility, friendship, and solidarity were imparted to the children”. The ‘Barngille’ movement spread across Sweden and even had its own members’ journal. Children were also instructed in the fundamentals of how to run a meeting and the principles of democracy.

Sofia and August Spångberg got married on 9 July 1921 and their son, Arne, was born the following autumn. In 1922 August Spångberg was elected into parliament as a representative of Sveriges Kommunistiska Parti (SKP, Swedish Communist Party) and worked in Stockholm. At home Sofia Spångberg continued her efforts on behalf of the Social Democratic party. During certain periods the whole family resided in Stockholm, which is where they were on 9 April 1940 when Germany occupied Denmark and Norway. The Spångberg family left Stockholm shortly afterwards for a lengthy period of time and moved back to Värmland.

It wasn’t long before Sofia and August Spångberg began to work closely with the Norwegian resistance movement Hjemmefronten. The Spångberg couple’s home became a meeting place for Norwegian and Swedish couriers who traversed the border during the war. They maintained an “open door” policy and, in spite Sofia Spångberg’s pro-peace stance, she understood that illegal weapons deliveries made to Norway were necessary at this point. In contrast, becoming involved in the ‘lotta corps’ (Swedish female voluntary defence corps) was not at all of interest to her – she wanted to “work for peace, not abet war”.

Soon Norwegian refugees began to appear at the Spångberg home. Sofia Spångberg provided them with food and sometimes they were so numerous that rationing coupons ran out for the following month. Radio apparatus was stored in their outdoor sheds along with missives awaiting the arrival of couriers who would transport them across the border. When the Spångberg couple began their collaboration with Hjemmefronten they fell under the suspicion of not only their neighbours but also the authorities. Eventually more people joined in the illegal resistance efforts, including the area police superintendent and chief inspector.

Sofia Spångberg was highly critical of the transportation of German soldiers across Swedish territory, known in Swedish as the so-called ‘permittenttrafiken’, a policy which operated from 1940–1943. On one occasion Sofia Spångberg and one of her sisters approached one of the transport trains and raised their fists in protest. In the spring of 1945, following years of illegal resistance efforts, rationing and air-raid sirens, peace was finally declared. Sofia Spångberg happened to be in the middle of what subsequently became a famous scene on Kungsgatan in Stockholm. Shortly after news of the peace the Spångberg family travelled home to Värmland. Their Norwegian friends and couriers came to visit. In August 1946 Grenseklubben (the border club) was officially established, comprising members of the resistance group which Sofia and August Spångberg had belonged to during the war. At the first gathering of Grenseklubben Sofia Spångberg was awarded King Haakon VII’s freedom cross for outstanding civil contributions during wartime.

Sofia Spångberg continued her political activism after the Second World War. She served, amongst other things, as a member of the church council. She did not – despite her political activism – sit on the municipal council and this was because August Spångberg intermittently sat on it. In those days married couples were not permitted to both be members of the municipal council at the same time.

When their son had grown up and become independent Sofia Spångberg began to accompany her husband on his trips abroad. In 1953 the couple travelled to the USA and in the summer of 1962 they attended the World Congress held in Moscow as representatives of Svenska Fredskommittén (Swedish Peace committee). 121 nations were represented and August Spångberg was one of the speakers. The key concerns raised at the congress included nuclear weapons and the importance of disarmament. In conjunction with the congress Sofia Spångberg travelled around the contemporary Soviet Union and met the current prime minister, Nikita Khrushchev.

In the autumn of 1963 Sofia Spångberg re-established the Eda peace association as a local branch of the Swedish peace and arbitration society. The association was a force to be reckoned with in various matters related to peace; it also strongly opposed matters it believed to be wrong. Amongst other things it sent written petitions to the government regarding overly-harsh military training and put forward proposals for a non-military border-force and a civil-defence force. The members were also strongly opposed to nuclear power and worked actively against the introduction of atomic weapons in Sweden. Sofia Spångberg remained in post as treasurer for 16 years until she developed heart problems and no longer had the energy to continue.

Sofia Spångberg died on 9 April 1992. She is buried at Eda church. 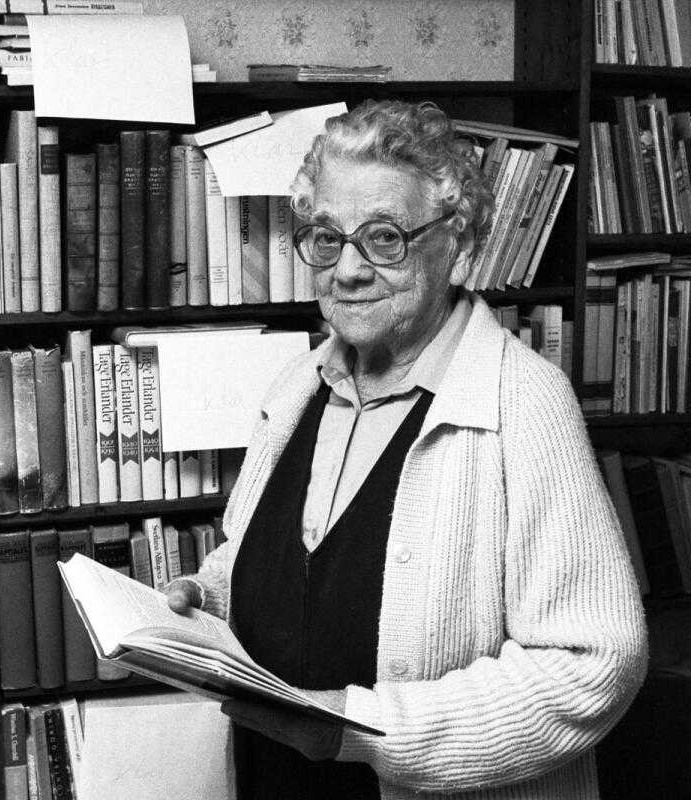