Signe Bergman was a central figure of the Swedish suffrage movement during the early 1900s.

Signe Bergman was a typical upper-middle class girls’ school pupil who enjoyed a comprehensive social life with outings and parties, and who spent her leisure time playing tennis and courting military officers. Signe Bergman’s bourgeois background and large family ensured she had a thorough education and provided a social network which she made use of in her later endeavours. Her education primarily involved prominent bourgeois values such as individual accomplishments, self-control, leading a proper lifestyle, and a belief in the power of knowledge and education. Her work ethic was apparent from an early stage: “work is the morphine of life” she once stated in a letter written when she was young.

After she had completed girls’ school Signe Bergman went to live with a relative called Martina Bergman-Österberg who was living in England and running a well-reputed institute to train future female teachers. There Signe Bergman studied English, French, and German. Her letters home to her friend Anna Levertin emphasise her love for British culture and she adopted British habits, tastes, and behaviour. These letters also reveal that Signe Bergman had become receptive to the idea of feminism in these British surroundings. She felt that women’s enthusiasm and their strength must be taken into consideration. It was also during this time in Britain that Signe Bergman was first exposed to the suffragettes, the British women’s suffrage campaigners, albeit as time passed she realised that their methods were not the sort of thing that Swedish women should emulate. When Signe Bergman returned to Sweden she initially worked as a cashier at Hypoteksbanken, a job she retained until retirement.

Signe Bergman was a member of the executive committee of Landsföreningen för kvinnans politiska rösträtt (LKPR) (national association for women’s suffrage) from 1907–1919. She served as its secretary from 1909–1911, as its deputy chair from 1912–1913, and as its chair from 1913–1917. She ran and delegated the work of the large national organisation, which comprised 17,000 members and 260 local associations across Sweden. Signe Bergman was of great importance to the political work of the suffragette movement – setting up contacts, influencing public opinion, and carrying out campaigns. Although Signe Bergman had not been present when the association had initially been founded and had only joined it a few years after after the mass-mobilisation efforts had begun, she nevertheless became a focal point within the association at an early stage. She retired as chair in the autumn of 1917 following great disappointment when the first chamber of parliament did not admit women even though they had promised to do so.

“If you only knew how difficult it is to keep things running” Signe Bergman wrote in 1907 to Frigga Carlberg, another pioneer of the suffragette movement. When one summarises all her efforts throughout her many years on the executive of the Swedish suffragette movement this expression of frustration is understandable. Signe Bergman was a great representative, linguistically gifted, internationally oriented, and talented and had a generous amount of cultural capital through her background as part of a well-reputed civil-servant’s family – her father was a chief district judge. She was the inspiration for other suffragettes and members of the association nationwide, she served as a link to the press, to political leaders and other civil servants. Her closest friends were other similarly-minded liberals such as Gulli Petrini and Anna Bugge Wicksell.

When the government was about to undertake an official investigation into women’s suffrage Signe Bergman supplied the investigators with domestic and international material. She also served as the organiser of the two petitions held in 1903 and 1913 in which nearly half a million women’s names in favour of suffrage were gathered. She also organised the major international suffrage conference held in 1911 at which Selma Lagerlöf gave a very famous speech, and she managed international connections and travel abroad to conferences and meetings. She sent out speakers to existing circles to help build new circles or to reinvigorate those which had fallen dormant. She organised petitioning of parliamentarians and of the monarchy. Signe Bergman thus kept her eyes on the movement in its entirety and ensured that both activities and informational services were maintained and that the press was kept up to date on everything. Signe Bergman was also behind the organ Rösträtt för kvinnor which was first published in 1912.

Signe Bergman was a key figure within the LKPR and the chief cog in the whole enterprise for most of the campaign period. She was the organiser and the leading figure and built up a sizeable network of women which became influential during the political developments as democracy was introduced into Sweden. Despite this she is not so well-known within Swedish feminist historiography, perhaps due to the fact that she did not leave any personal biographical information behind nor was she prone to speaking about herself. Signe Bergman nevertheless deserves to be highlighted as the great activist, leader, and organiser that she was within the women’s suffrage movement. Riksarkivet (the Swedish National Archives) and Riksdagbiblioteket (the Parliamentary Library) have named their collections of suffragette letters after Signe Bergman, revealing that she was also actively engaged in gathering documents and memoires for future researchers for when women’s suffrage finally became enacted.

Signe Bergman died on 9 May 1960. She is buried at the Norra cemetery in Solna. 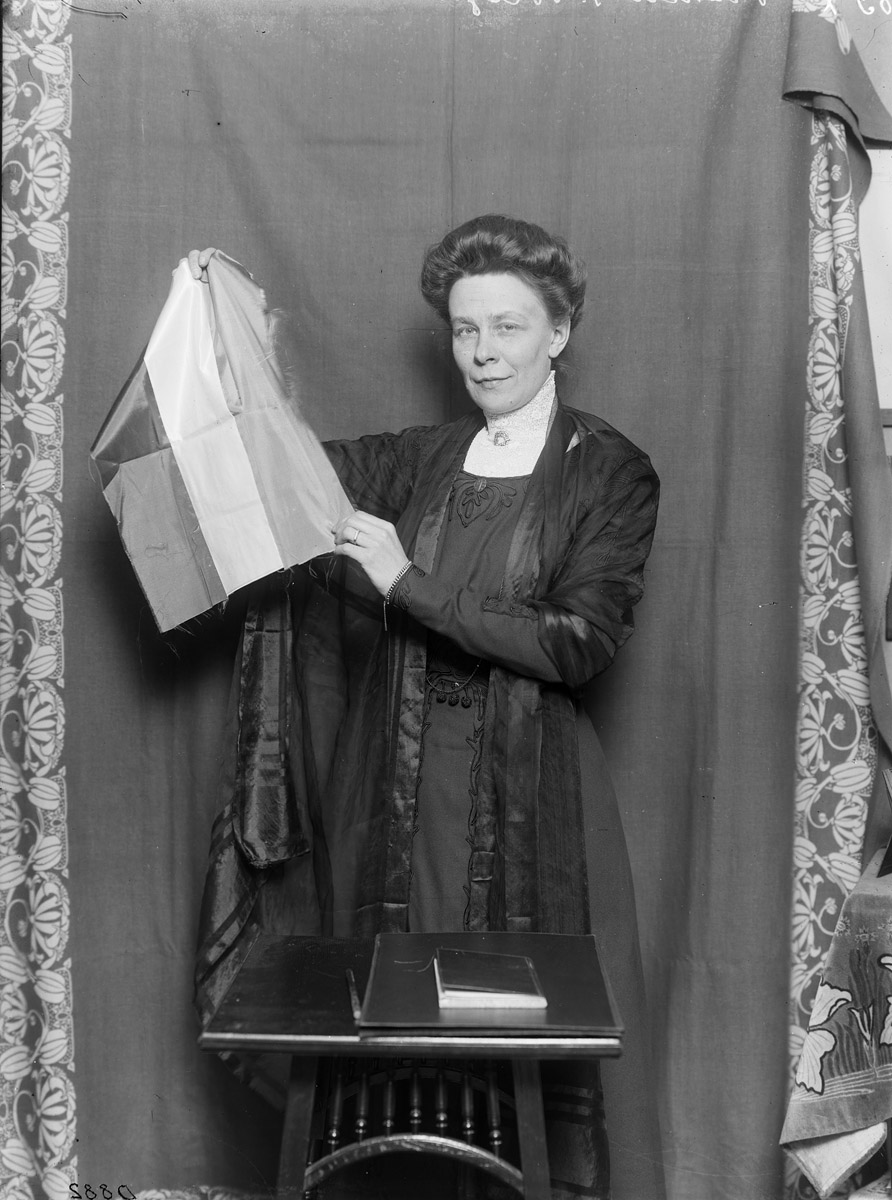