Ottilia Adelborg was a key figure within the history of Swedish illustrated books.

Ottilia Adelborg was brought up within the family of a nobleman and an officer. Her family home was an educated and affluent one. When her father died in 1865 it became evident that the family’s wealth was tied up in loans and this left them in dire economic circumstances. According to their father’s final wish the family moved to Uppsala, where Ottilia’s sister, Gertrud Adelborg began to work as a governess. Ottilia Adelborg, who was the youngest sister, trained as an artist with the help of one of her maternal aunts. Ottilia Adelborg began her studies at Tekniska skolan (the technical school) and then went on to Konstakademien (the academy of art). Once she had completed her training Ottilia Adelborg took over the role of stay-at-home daughter from her other sister Maria Adelborg, following Maria’s employment as a pattern-designer. In 1878 the whole family moved to Stockholm.

Despite Ottilia Adelborg’s thorough artistic training it fell to her to remain at home and care for her mother until the latter’s death in 1903. At the age of nearly 50 Ottilia Adelborg moved to Gagnef in Dalarna. There she quickly became established as a collector of rural textiles and a promoter of handicrafts. Already in her first year of living in Gagnef she had set up a lace-making school for children aimed at safeguarding and further developing the local lace-making tradition.

However, Ottilia Adelborg had already become an established book illustrator and author while she was a stay-at-home daughter. In 1885 the Bonniers publishing house released a book called Barnens Julbok för Mamma och Småttingarne: Gamla visor och rim which contained illustrations by Ottilia Adelborg. In 1887 Ottilia Adelborg published her first book which was entitled Barnens lilla julbok. Two of her most well-loved and best-known books are the ABC-book called Prinsarnes blomsteralfabet, published in 1892, and Pelle Snygg och barnen i Snaskeby, published in 1896. The latter, which is funnier, visually nicer, and more educational than Heinrich Hoffmann’s Pelle Snusk, was printed in seven editions and translated into a range of languages. In the Netherlands it was even adapted for the stage. The much-acclaimed Swedish premiere of the play occurred in 1904 at the Opera in Stockholm.

Ottilia Adelborg’s artwork consisted of pastel watercolour paintings which were created according to an aesthetic linked to the contemporary British Arts and Crafts movement and the group which formed around John Ruskin, Walter Crane, and William Morris. Ottilia Adelborg was also inspired by books written by the Frenchman Maurice Boutet de Monvel which her sister Maria had found at the 1899 Paris World’s Fair and then sent home to her.

Ottilia Adelborg is mainly remembered for her children’s books and the illustrations she created for them. Her books were a great success and left a lasting mark on Swedish children’s culture. Meanwhile, she earned her living just as much through handicrafts and her efforts in Gagnef. In 1889 she set up Föreningen för Svensk Hemslöjd (the society for Swedish handicrafts), in which Prince Eugen served as the chair and of which she herself was a board member until 1916. She donated the collected and purchased cultural items, buildings, and clothes she had acquired to Gagnef parish in 1909. This collection, housed in the so-called Minnesstugan (memorial hut), expanded through items received on donation days, when local inhabitants – as well as those who had moved away – donated items, ancient finds, and “gangsklä’r” (local apparel) for safe-keeping. Ottilia Adelborg’s own collection of lace was added to by items from the lace-making school. When the last “kyrkbåt” (local boat used to ferry people to church) in Gagnef was retired from service in 1919 it was placed beside the fence around Minnestugan. Two years later a special boat-house was built around the vessel.

Ottilia Adelborg sought to safeguard peasant culture for posterity and she willed both her collections as well as her own artworks to Gagnef. In 2015 the Ottilia Adelsborg museum was opened in Gagnef.

Ottilia Adelborg died in 1936. She is buried in Gagnef. 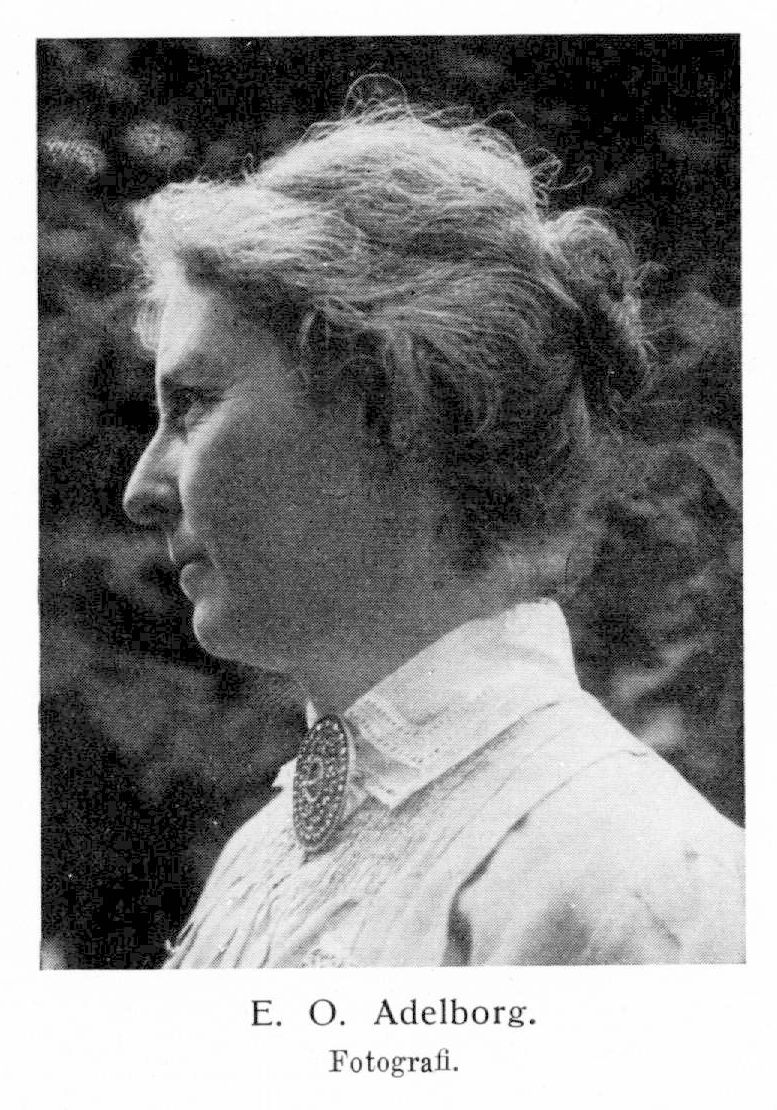