Metta von Rosen was a countess who was a champion of animal welfare and environmental protection movements. She was also supportive of people with disabilities.

Metta von Rosen was born in Stockholm in 1903. She was the eldest child of Claës Breitholtz, an office administrator, and his wife Ida. She had two siblings, her brother Claës and her sister Gunnel. She developed an interest in animals at an early age as both her parents volunteered in animal welfare. Her father was a board member of Svenska Djurskyddsföreningarnas Centralförbund (now known as Djurskyddet Sverige, animal protection Sweden) and chair of Svenska Hundskyddsföreningen (Swedish dog protection association) and Djurvännernas Nya Förening (now known as Djurvännernas Förening i Stockholm, the friends of animals association in Stockholm). Her mother served as chair of Svenska Kvinnors Djurskyddsförening (Swedish women’s animal protection association), a post which Metta von Rosen took over in 1942.

Metta von Rosen’s wedding was held in her parents’ home in 1937. She married Count Eugène von Rosen, a divorced father of five and thirty years her senior. He was chief master of ceremonies and the owner of Örbyhus castle, which then became Countess Metta von Rosen’s new home. In 1939 their daughter Christina was born, followed the next year by a second daughter, Charlotta.

Metta von Rosen developed an interest in birds following a lecture on small birds, their life relationships, and their significance. At the same time she also learned from one of the foresters at Örbyhus that forestry work was threatening the local birdlife. Many old trees which offered breeding sites were being felled by axe and the ground vegetation which provided protection for birds was being altered.

As chair of Svenska Kvinnors Djurskyddsförening Metta von Rosen often appeared in the Svenska Dagbladet newspaper’s notices and articles. She believed it was important to engage people at an early stage in their lives and thus it was only natural to begin with children. In order to fix the loss of suitable nesting areas for birds Svenska Djurskyddsföreningen advertised competitions for school children who were encouraged, either as a group or individually, to design and produce nesting boxes. Bird-feeding tables were also produced and exhibitions were held in conjunction with the sub-division called De svenska skolornas djurskyddsförbund (Swedish schools’ animal protection association).

Metta von Rosen was against all forms of animal abuse. Through Svenska Djurskyddsföreningen she took an increasing interest in the transport of birds, the most pain-free form of euthanasia available, and for greater care to be taken when transporting animals for slaughter. With regard to the latter the association released a pamphlet in great numbers.

Eugène von Rosen died in 1950. Metta von Rosen continued living at the castle along with her daughters. At Midsummer in the following year she continued her husband’s tradition of inviting all the castle staff to a celebration. Örbyhus day was celebrated on her husband’s birthday and loyal servants were rewarded with medals from Patriotiska Sällskapet (patriotic society) on that day.

Metta von Rosen was a driving force in Stiftelsen Örbyhus Kyrkliga Kapellbyggnad (Örbyhus chapel-building trust) whose intention was to erect a church. In 1957 Metta von Rosen made the castle courtyard available for use as an amphitheatre for a chronicle play called Spelet om Örbyhus attended by an audience of around 5,000. Two years later the chronicle play was mounted again in order to raise funds for decorating the church. During the 1960s Örbyhus castle was opened up to visitors and the countess herself gave captivating accounts of the castle’s history. During the 1500s Örbyhus had belonged to the Vasa family and was best known for having been the site of King Erik XIV’s last imprisonment. He died at the castle on 26 February 1577. In 1977 Metta von Rosen opened the castle for a formal celebration of the 400th anniversary of King Erik XIV’s death.

Metta von Rosen also performed other roles as a countess. For several years she was one of the women who presented young lady debutants at the court, including her own daughters. This courtly ceremony was held at the beginning of the year during the so-called social season. This custom ended on Queen Louise’s initiative in 1962.

Metta von Rosen was also supportive of people with disabilities. In 1973 she made Örbyhus inn available as a weekend home for blind children from the Tomteboda school. In recognition of this she was given a golden brooch by Kronprinsessans Margaretas Arbetsnämd för synskadade, KMA (Crown Princess Margareta county board for the visually impaired). 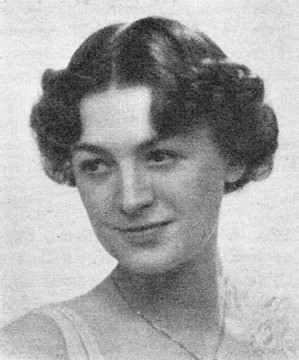