Maria Qvist was a Social Democratic party politician and was amongst the first women in Sweden to hold a position on a city council. She was a champion of women’s rights and worked determinedly to improve working conditions for servant girls.

Maria Qvist was born into a military family in Övraby, Scania. She was the eldest of eleven children. Despite the family’s straitened financial situation she was able to attend a preparatory course at the junior school teacher-training programme in Malmö as well as courses held at Hvilan Folkhögskola in Åkarp. Hvilan not only developed her intellectual abilities but also taught her to weave and to make lace.

In 1894 Maria Qvist gained a post as a servant girl in Ystad and in 1897 she got another position in Malmö. Around this time she met a young socialist named Fabian Månsson in Folkets Park in Malmö. They began a relationship which lasted for the rest of their lives. Their meeting also kickstarted Maria Qvist’s activism within politics and various organisations. She joined the socialist Malmöklubben and helped to set up Socialdemokratiska ungdomsförbundet (SDUF) (Social Democratic party youth association) in 1903.

In 1902 Maria Qvist joined Föreningen för kvinnans politiska rösträtt (FKPR, the local section of Landsföreningen för kvinnans politiska rösträtt, LKPR, national association for women’s suffrage). That same year she met a trade unionist named Marie Christensen in Copenhagen. Christensen had for several years been trying to organise servant girls in Denmark. Her work served as a major source of inspiration to Maria Qvist who spent the ensuing years determinedly working to organise servant girls in Sweden. She was one of the founders of Stockholms Tjänarinneförening (later known as Stockholms hembiträdesförening, association of home-helpers). Maria Qvist was the first chair of this association, in post from 1903–1904. When she and Fabian Månsson were living in Gävle, she helped establish Gävle Tjänarinneförening (female servants’ association) in 1910. These associations sought to improve not just the social standing of female servants but also their financial position. Other important factors included rights to leisure time as well as abolishing the law regulating the relationship between servants and their masters and replacing it with a written contract. Further, Maria Qvist campaigned for trade schools to be set up in order to turn that line of work into a profession.

Maria Qvist’s role as Fabian Månsson’s assistant gradually grew over time. She supported him in his political work by collating material, checking facts, providing clean copy of his manuscripts and serving as his private secretary. She also served as his chauffeur when they were able to afford a car. Further, she spent six months working as home-help in Württemberg in order to learn German so that she could be of greater use to Fabian Månsson by reading and understanding German texts.

Members of the Social-Democratic party often gathered for discussion evenings at the couple’s Gävle home, including the likes of Kata Dalström and Zeth Höglund. To Fabian Månsson work was everything and for Maria Qvist no clear distinction existed between work and her private life. In addition to her own efforts in organising, agitating, holding meetings, and writing articles – and later researching and administrating her life-partner’s work – she was also responsible for preparing food, cleaning, and other household duties. She also sewed all of Fabian Månsson’s clothes out of material which she herself had woven. Maria Qvist and Fabian Månsson lived together without getting married for many years, possibly as a form of protest against old-fashioned laws regarding marriage which left married women subordinate to their husbands. Swedish marriage laws changed in 1920 and in 1925 the couple got married.

Maria Qvist’s life and achievements have in many ways been overshadowed by her husband’s success and his status as an icon within the Swedish workers’ movement. Her efforts on behalf of one of the weakest sections of the working class, namely servant girls, must not be overlooked and her role as one of the first publicly elected women in Sweden serves as important testimony to her intelligence, engagement, solidarity and strategic mindset as a working class woman. It also reveals her determination to change the injustices to which she herself had been subject.

Maria Qvist died in 1958, aged 79. She is buried at her own plot at Hässlö in Blekinge. She shares her grave and tombstone with her husband Fabian Månsson. He gave her the nickname of Maja and so her tombstone reads “Maja 1879–1958. Livskamraten som gav allt” (The life companion who gave her all”). 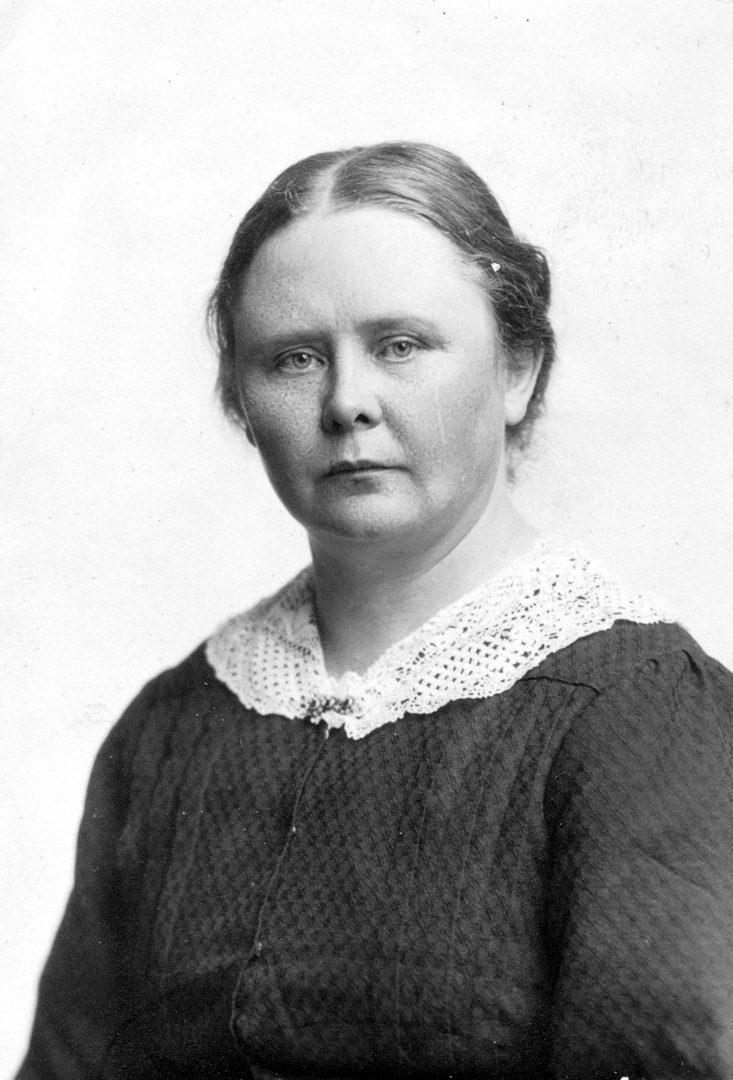