Lovisa Engvall served as a missionary in China from 1900 until 1936.

Lovisa Engvall was born on 18 October 1865 in Vall, near Karlskoga. She was the fourth child of eight in her family. Her maternal grandmother was the well-known revivalist figure, “Mor i Vall” Maria Nilsdotter, who was still active at that time, running a children’s home and school at the family farm in Vall. The whole family was influenced by the revivalist movement and Lovisa Engvall’s maternal uncle, Carl Johan Nyvall, and his son David Nyvall both served as teachers and mission leaders in Sweden and in the USA. Lovisa Engvall’s older brother, Carl Johan Engvall, was the first missionary sent by Svenska Missionsförbundet (SMF, Mission Covenant Church of Sweden) to the Congo. Later he served as a seaman’s missionary in Russia and in Great Britain, and then during the 1910s–1920s he was active in Canada.

Lovisa Engvall remained at home with her family until she had turned 19, at which point she moved to Tysslinge, a few Swedish miles eastwards, where she worked as a maid. She also worked as a maid in Borås from 1889–1890, although she returned to Vall in between the two jobs. Lovisa Engvall was also deeply influenced by her family’s heavy involvement in the Swedish missionary enterprise and at the age of 30 she decided to become a missionary. She, like many other female missionaries, initially spent a year studying at Elsa Borg’s school, Bibelkvinnohemmet, in Stockholm. She was then appointed as the SMF missionary to East Turkestan and spent a year from 1897–1898 at the SMF mission school in Stockholm. She served as a trainee at Örebro hospital in 1899 to gain nursing experience and then in May 1900 she headed off to East Turkestan (Xinjiang) in western China.

Lovisa Engvall made the journey with several other missionaries. Initially they went by boat across the Baltic Sea and then took the train across Russia before finally travelling by caravan across the mountains in what is now Uzbekistan and Kyrgyzstan. Lovisa Engvall was placed in Kashgar, in western China, where she primarily provided medical care. She also taught at the school and Sunday School, albeit it was in offering health services that she felt most comfortable. Often she had to treat accidental injuries, such as broken bones or burn injuries, but she also had to treat cases of syphilis and goitre which were common illnesses there. Lovisa Engvall also had to deal with several childbirths. She struggled, however, with this interpretation of the missionary role and the focus that was often placed on practical work which contrasted with her own image of spreading the gospel message. Lovisa Engvall met Sven Hedin in 1902 when he happened to pass through Kashgar on one of his journeys. Later he wrote about her in his book, Stora hastens flykt. In 1906 Lovis Engvall returned home to Sweden for her first period of rest, but she quickly headed off to London where she became a qualified nurse and midwife at London Medical Mission. She went back to Sweden in 1907 and then the following year she returned to East Turkestan, never to see Sweden again.

In 1912 Lovisa Engvall was sent to the new missionary station in Yengisar (Yingjisha in Chinese) where she single-handedly ran the health care services. She was accused by several of the missionaries that same year of being in love with her Uyghur servant, Tokht Akhund. Lovisa Engvall denied it at first but after a while it became obvious that she was in a relationship with the man. Towards the end of 1912 it was decided with the support of the SMF headquarters in Sweden that she should return to Sweden. However that journey was never realised. In the spring of 1913 she left China and travelled to Russia, stopping in Osh in what was then Russian Turkestan (modern day Kyrgyzstan) where she reunited with Tokht Akhund and they married. The details surrounding the wedding are unclear but Lovisa Engvall described herself as married both to the missionaries and to her family in Sweden. Tokht Akhund remained a Muslim all his life whilst Lovisa Engvall remained true to her Christian belief and remained a missionary until her death. She sometimes spoke about and wrote about her mission station in Kuche where she worked entirely independently of SMF or any other missionary organisation.

Lovisa Engvall and Tokht Akhund were briefly together in Osh during the spring of 1913 and then spent a few months in Opal (also known as Upal), about five Swedish miles west of Kashgar where relatives of Tokht Akhund lived. As she travelled from Osh to Opal Lovisa Engvall met the German archaeologist and explorer Albert von Le Coq and he later mentioned her in his book Von Land und Leuten in Ostturkistan: Berichte und Abenteuer der 4. deutschen Turfanexpedition. During the winter of 1913–1914 the Engvall-Akhund couple moved to Maralbexi (Bachu in Chinese) about 25 Swedish miles east of Kashgar where they remained throughout 1914. Lovisa Engvall received patients and the couple also cared for Tokht Akhund’s eldest son, Mehmet, who had come with them from Kashgar. In the spring of 1915 the three of them moved 50 Swedish miles north to the town of Kuche, where they remained until early 1920. Tokht Akhund’s first wife also joined them, bringing his youngest son, Roze Emet, too. Lovisa Engvall opened a simple surgery in her home in Kuche. She was the sole Western health care provider in the whole area and she was well-respected for her medical services and was able to live off of her earnings. Sometimes she had cattle and calves and several horses. In contrast she found it hard to disseminate the Christian message.

In the early 1920s Tokht Akhund took another wife, leading Lovisa Engvall to end their relationship. They nevertheless remained in contact and helped each other out. Tokht Akhund’s son Mehmet (sometimes also called Muhammed) was a source of both joy and sorrow to Lovisa Engvall. As a young child he had shown interest in the Christian message but as a teenager he became addicted to hash, which his father also used intermittently. A short publication was released in 1939, intended for use in SMF Sunday Schools, entitled Lille Muhammeds jullängtan. Lovisa Engvall had written the text which tells of a boy named Muhammed who comes to “my mission station arbour” and how, after hearing the Christmas story, he could not stop thinking about Christmas. Muhammed is described as “the son of my servant” and thus must be Tokht Akhund’s son Mehmet. Tokht Akhund’s youngest boy, Roze Emet, converted to Christianity as a teenager and moved to Kashgar, where he lived with the missionaries and his family during the 1930s.

Towards the end of 1923 Lovisa Engvall moved to Kashgar and met SMF missionaries for the first time in ten years. Her visit caused an amount of consternation amongst the missionaries and back in Sweden SMF wondered how to deal with “the Engvall case”. Despite this, it wasn’t long before she began lending a hand in providing health care, working alongside the other missionaries as before. After a year in Kashgar Lovisa Engvall received a letter from local officials in Kuche asking her to return there to provide health care and so she did. During her time in Kuche she kept in touch with her family in Sweden as often as she could but sometimes there were lengthy gaps in the postal deliveries caused by disturbances in China or Russia. She often received visits from foreign travellers, adventurers, and experts who were in Chinese government service. This included several members of Sven Hedin’s expeditions, such as Nils Ambolt and Georg Söderbom. Apparently she often made a strong impression on her visitors. Nils Ambolt, in his 1935 book Karavan, described her as “…a magnificent representative for our country” who is living “a life of hardship and helping locals who are unwell”. The British officer and explorer Reginald Schomberg visited her several times during the 1927–1930 period and in his 1933 book Peaks and Plains of Central Asia he consistently refers to her as “the Swedish lady doctor”.

Major civil conflicts erupted in both northern and southern Xinjiang during the 1933–1934 period, which also saw the emergence of a short-lived republic, namely the Islamic republic of East Turkestan, founded in southern Xinjiang. Fighting also broke out in Kuche but Lovisa Engvall managed to avoid being captured. During this time there was a nearly two-year break in postal services to Sweden.

The missionaries in Kashgar heard from Lovisa Engvall for the first time in a long while in 1932. She had purchased land to use as a mission station in Kuche and wrote a long letter seeking more missionaries. This never came to pass as new civil unrest broke out across the region, severely impacting on most of the Kashgar and Yarkand missionary efforts. The situation had calmed down by the summer of 1934 and, after contacting Lovisa Engvall’s family in Sweden, the Kashgar missionaries decided it was time to bring her home. She did not fight this decision and returned to Kashgar in the autumn of 1934, then aged 69, in the company of some other missionaries. Whilst there she had to step in to serve as a midwife when required but began to increasingly feel tired and unwell. A year later, in September 1935, she headed off to Sweden, accompanied by Georg and Elin Roberntz and Elsa Andersson. Tokht Akhund had come down from Kuche to accompany her to the border. Lovisa Engvall never arrived in Sweden, however, as she died on the train in Russia on 15 October 1935. She was buried in Moscow. 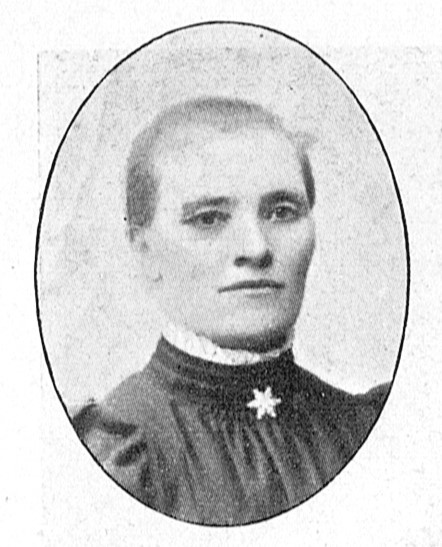