Maria Adelborg was a textile artist and a pioneer of the Swedish handicrafts movement.

Maria Adelborg was born into the family of a nobleman and an officer who lived in Karlskrona. She came from an educated and affluent home. However, on the death of her father in 1865 it was revealed that the majority of the family capital was tied up in loans, placing the surviving family members in dire economic circumstances. The family moved first to Uppsala and then, in 1878, to Stockholm. Maria Adelborg became a stay-at-home daughter. There is no evidence that the education she received went beyond the most basic level.

In 1886, when Maria Adelborg was almost forty years old, she began to work as a pattern-designer at the Svensk Konstslöjdustställning (Swedish arts and crafts exhibition) company which had been set up by Selma Giöbel. At that time Maria Adelborg was described as self-taught. However, she then undertook several officially funded study trips – to the Netherlands and France in 1889 and to Great Britain in 1895, amongst other places. She stopped working for Giöbel in 1899 and then began working for the Handarbetets Vänner (friends of handicrafts) organisation where she remained until 1907. At that point she and her two sisters, Gertrud Adelborg and Ottilia Adelborg, moved to Gagnef where they settled. Maria Adelborg then began to collect rural textiles and developed her own form of textile art.

Maria Adelborg’s aim was to safeguard and develop Swedish handicrafts traditions. In both her sacred and profane works – chasubles and rugs – she often reverted to archaic, ancient Nordic, and provincial motifs, which gave her work and decorations a nationalist flavour. Both in terms of her techniques and motifs her works reference medieval textile art as well as contemporary rural art.

Maria Adelborg made a significant contribution to developments in Swedish textile art. She produced many important sacred and profane textiles. Her most well-known piece – considered by many to be her best work – is called Gagnefmattan. She was also responsible for the design for a textile work displayed in the Brigittine chapel in Rome as well as chasubles for the Sofia church in Stockholm.

Maria Adelborg died in 1940. She is buried in Gagnef. 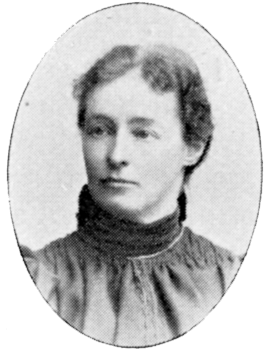