Kerstin Tovi was a translator. She translated significant works from modern Greek and was virtually alone in translating novels directly from Greek to Swedish. She also translated from French. In 1985, she was awarded Sveriges Författarfonds premium for literary merit.

Kerstin Tovi was born Kerstin Margareta Eggers in Gothenburg in 1917. She was the daughter of hotel director Axel Eggers and his first wife Greta, née Odén. In an article in Svenskt översättarlexikon, Siv Hackzell recounts that Kerstin Tovi’s mother remarried, this time Stig Zetterlund, a civil engineer, when her daughter was twelve. After that, Kerstin Tovi lived with both her father in Gothenburg and her mother in various places abroad where Stig Zetterlund was working, among others Moscow and Warsaw. When Kerstin Tovi some years later was afflicted by tuberculosis and treated at a sanatorium in Switzerland, she learned French. She studied English at Uppsala University.

After completing her studies, she met her husband-to-be Davut Tovi, a physician. He came from a Sephardic Jewish family. They married in 1949 and had two sons. Siv Hackzell writes in her article that Davut Tovi had already finished his basic medical education when he came from Turkey to Sweden in 1947 to specialise in neurosurgery.

Kerstin Tovi worked for quite a long time as a publishers’ secretary and reader at Bokförlaget Forum. She also had assignments for Åhlén & Åkerlund’s weekly magazine publishers, but later went over more and more to translating. Siv Hackzell writes in Svenskt översättarlexikon that it was when Stig Zetterlund was made managing director of the Swedish ball-bearing manufacturers SKF in Athens in 1951 that Greece and modern Greek began to play an ever greater role in Kerstin Tovi’s life. She visited the country many times and studied Greek at the University in Thessaloniki. She also got involved in Swedish tourism in Greece.

Kerstin Tovi had in principle no competition in Sweden when it came to translating novels directly from modern Greek to Swedish. In 1966, Albert Bonniers Förlag gave her the assignment of translating Vassilis Vassilikos’ trilogy of short stories The Plant, the Well, the Angel in 1967. Siv Hackzell recounts that Vassilikos and his wife were on a visit to Stockholm in April 1967 to attend the launch of his book. When the couple arrived in Paris, on their way back to Greece, they received information about the military junta’s coup d’état in their home country. For them this meant seven years in exile. When Kerstin Tovi translated his novel Z in 1968, there was very little time on account of the changed situation in Greece. In order to help breach the gap between official language and everyday language, the Vassilikos couple visited Kerstin Tovi in her home. She received similar help from them the year after with the assignment of translating the text of Costa-Gavras’ French filmatisation Z in 1969, with music by Mikis Theodorakis. Kerstin Tovi translated yet another of Vassilikos’ novels as well.

Kerstin Tovi also translated books from French, among others four novels by Panait Istrati and Vladimir Volkoff’s novel The Set Up in 1984. In addition, she translated a number of children’s books from French, for example Les Aventures des Pouscaloufs Par Ici Les Souris! by Monique Farge and Luis Camps, in 1980.

Kerstin Tovi died in 1997. She lies buried in the Southern Jewish Cemetery in Stockholm. 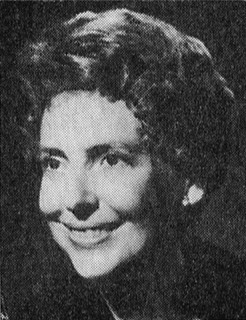