Karin Sommar Elmér was an author and a suffragette. She dedicated herself to a lifelong fight for human rights and fair conditions for women and children.

Karin Sommar Elmér was born in Kungälv on 24 January 1884. She grew up in Uddevalla. Her father Carl Birger Sommar was a lieutenant in charge of provisions for Landstormen, a territorial militia of older conscripted men. After his military career he worked as an accountant for Uddevalla theatre. Karin Sommar Elmér’s mother, Mathilda Welle, was interested in the liberal arts and was active in issues involving women’s and children’s rights. The building in which Karin Sommar Elmér grew up also housed Uddevalla theatre, and the arrival of the theatre troupe always generated local interest. Karin Sommar Elmér used to hide backstage watch the stage productions.

In the early 1900s Karin Sommar Elmér married a soldier named Niklas August Elmér. He was master of supplies and a sergeant in Bohuslän regiment who later on served as head of the tax office in Uddevalla. They had two daughters together: one named Brita Elmér, whose married name was von Post, and Maiken Elmér, later married as Mellin.

In 1905, Karin Sommar Elmér gained a place on the board of the newly started Uppevalla chapter of the suffrage association Föreningen för kvinnlig politiska rösträtt (FKPR). Beginning as treasurer, she would eventually become secretary, chair and a member of the central board.

Towards the end of the nineteenth century, Karin Sommar Elmér had already begun writing articles and short stories highlighting matters relating to the women’s movement. Her first article on female suffrage was published in 1908. Before and throughout her involvement in FKPR, Karin Sommar Elmér was board member of the temperance organisation Vita Bandet, which actively sought to improve the living conditions of women and children. She was also involved in the executive committee of the liberal women’s organisation Frisinnade Kvinnors Riksförbund, in which she and her friends Valborg Torburn and Elin Sundberg worked widely on behalf of women’s rights. Karin Sommar Elmér was also on the board of the local poor relief agency for nearly 30 years, as well as the Max Albin Dahlgren’s children’s home for girls. She was also active in the local naming committee, an art association, and a board member of the humanist association Uddevalla Humanistiska Förbund.

Karin Sommar Elmér’s career as a writer began in earnest during the early 1920s when she had her short stories, poems and articles published in a variety of journals. In 1940 she became a member of Sweden’s national writers’ association and began to work for the liberal magazine De frisinnade: organ för Frisinnade landsföreningen. She corresponded with and socialised with many writers, and counted Fredrik Nycander, Gund von Numers-Snellman and Moa Martinsson among her closest friends. Her friendship with the latter was based on an exchange of literary plans and thought on their respective successes and failures. They provided comfort and support to each other.

In addition to her writing and her major involvement in various associations and benefit organisations, Karin Sommar Elmér was also personally engaged in providing aid to people in need. During the Second World War she was actively involved in supporting Finnish refugee children, seeking to give them the kind of help to which she believed all children were entitled. She supported more than 200 children from various parts of Europe. On 24 May 1949 she was awarded the Swedish Red Cross silver medal in Finland in recognition of her contributions and services during the Second World War.

Karin Sommar Elmér died on 20 January 1956. She is buried in Norra begravningsplatsen (the Northern Cemetery) in Solna. 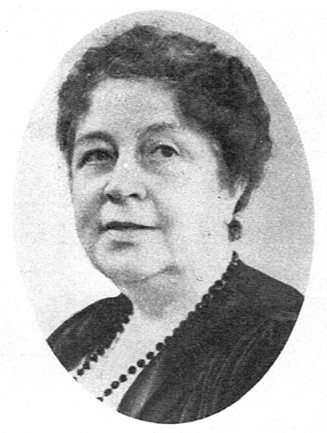