Ingrid Sandahl was born in Stockholm in 1924. She was 13 years old when she entered the world of elite gymnastics. In 1947 she won the silver medal representing GK Hermes Stockholm at that year’s Swedish Championship. She was described as “the most pleasant surprise of the competition” in that year’s edition of Idrottsboken. The next year she came in third place, behind Göta Pettersson and Karin Lindberg. She won her one and only Swedish Championship gold in 1949. It should be noted that that year she also won the Lingiad stand-alone competition and beam event as well as the Lingiad demonstration competition. When the selections for the Olympic Games were held following the 1948 Swedish Championship Ingrid Sandahl came second and first and thus made selection for the national Olympic team.

The Swedish Olympic committee (SOK) sent a team of eight women to compete at the 1948 London Olympics. As well as Ingrid Sandahl the team included Göta Pettersson, Karin Lindberg, Ingrid Andersson, Märta Andersson, Kerstin Bohman, Stina Haage, and Gunnel Johansson. There were a total of eleven women’s teams competing in seven different events. The initial event was the team exercise without apparatus and was won outright by the Swedish team. Sweden maintained a competitive position until the very last event, which was the team exercise with apparatus, for which the team had chosen the skipping rope. It seemed like they were on course for the hoped for bronze medal. However, according to the 1948 Olympiaboken the Swedish team’s performance with the rope led to “complete confusion in the minds of the judges” and “incompetent judging” which resulted in Sweden being knocked into fourth place. The team and its leader, Tora Amylong, nevertheless received acclaim from all over.

The achievements of 1948 led to increased funding during 1949 and there was a tangible optimism about the future. This was confirmed at the World Championship in Basel, Switzerland held in July 1950 during which the Swedish team performed a heavily enhanced competition programme. There were several new names on the Swedish team. In addition to the experienced Ingrid Sandhal, Göta Pettersson, and Karin Lindberg the new members were Evy Berggren, Vanja Blomberg, Gunnel Ljungström, Hjördis Nordin, and Ann-Sofi Pettersson. The Swedish team, instructed and led by Carin ‘Caj’ Delden from Huskvarna, won gold in the team competition. The Swedish ladies also won gold in the team exercise with loose apparatus. For this event the apparatus comprised red balls and Kaija-Leena Bergérus was responsible for the choreography and training. Great delight and much acclaim followed the team’s performance. The Swedish team returned home with yet another two medals, both won by the then 18-year old Ann-Sofi Pettersson who, by that time, had already belonged to the Swedish elite for a few years.

Seven of the eight women who had competed at the 1950 World Championship also represented Sweden at the 1952 Helsinki Olympics. When discussing the team’s chances of success it was emphasised that the competition would be severe given that all the nations, including the Soviet Union, would be competing. Sweden did not figure among the top three nations, which comprised 9 events for teams of 6. According to Olympiaboken 1952 “minor Swedish misfortunes” contributed to the ranking, causing “many and deep disappointments” and resulting in having to settle for fourth place. However, the Swedish team triumphed in the stand-alone competition for teams of 8 with loose apparatus. Using red balls in a programme created by Kaija-Leena Bergérus the Swedes performed perfectly. The number of points awarded to the team gave them a large margin ahead of the Soviet Union and Hungary.

The 1952 Olympic gold medal proved to be Ingrid Sandahl’s final achievement in a comparatively short but extremely successful sporting career. Before the year was out she had got married and over the course of the ensuing decade she had four daughters.

Ingrid Sandahl died in Örebro in 2011. She is buried at Almby cemetery in the same city. 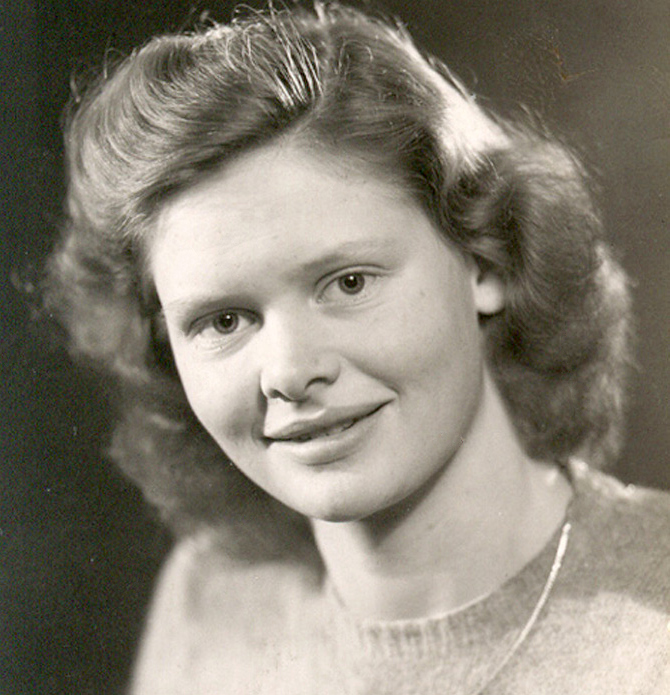