Hildur Sandberg was a young medical student at the heart of Lund’s left-radical circles around the turn of the twentieth century. She attempted to live the new liberal woman’s lifestyle and was an advocate of free love. She died of undetermined causes when she was only 23 years old.

Hildur Sandberg was born in Ängelholm. Her father was a goldsmith and her mother ran a clothes shop. She had six siblings, three of whom died in infancy. She was closest to her brother Fritz. In 1895, when she was only 14 years old, Hildur Sandberg moved to Lund in order to attend the Anna Rönström advanced elementary school for girls. At that time vocational training was not available for girls and thus Hildur Sandberg continued her education by undertaking private studies. She gained her school-leaving certificate as a private student in 1898 and then matriculated as a member of the humanities department of Lund university. However, after just one term of studies she transferred into the medical faculty to pursue medical studies.

Hildur Sandberg was one of eleven female students at Lund university at the turn of the twentieth century. In 1900 these women set up Lunds Kvinnliga Studentförening (Lund female students’ association) of which Hilma Borelius was chair and Louise Petrén-Overton was deputy chair, while Hildur Sandberg served as secretary. She was intensely involved in the issues of her day. One of her poems had already been published in Frithiof Hellberg’s newly established youth journal Kamraten. It was written when she was only 16 years old and appealed for peace and friendship in response to the looming crisis which threatened the Swedish-Norwegian union. She subsequently contributed to the journal using the pseudonym of Dur. Hildur Sandberg approached Ellen Key on the same issue and expressed her admiration for her. Ellen Key become somewhat of a mentor for her.

During her student years Hildur Sandberg became a highly visible member of the left-radical circles at the university. She was not only active in student debate evenings on current issues but also contributed to the formal lecturing circuit, lecturing on various women’s issues, sexuality, and cohabitation. She was heavily engaged in the campaign for civil marriages.

In 1899 Hildur Sandberg was elected into the culturally radical student organisation known as DYG, ‘Den Yngre Gubben’ (the younger old man), whose members included Bengt Lidforss, Anders Österling, Anna Bugge-Wicksell, and Knut Wicksell. From 1903 onwards she was a member of the board. Hildur Sandberg was one of the driving forces behind the DYG secular Sunday School set up in 1904. That year she also joined the Malmö Socialdemokratiska Ungdomsklubb (Social Democratic youth club) as she considered the Lund branch to be too tame.

In 1904 she met the somewhat younger Adolf Björk who was also studying medicine and they entered into a so-called common-law marriage. This generated a lot of consternation even though they maintained two separate residences. That same year Adolf Björk found Hildur Sandberg unconscious in her central Lund apartment two days before Christmas Eve. Hildur Sandberg died in the city’s hospital later that day. One of the many rumours circulating was that her sudden death was the consequence of an illegal abortion, but the autopsy revealed this not to be the case. Others believed she had committed suicide, but this seems unlikely with regard to her plans and the letters she had written shortly before her death. In the end the cause of death was never determined.

Hildur Sandberg’s friends had given her the nickname of “Magnum Bonum” and she appears to have been a well-loved, treasured, and highly spoken of individual. She and her death have been portrayed in a range of memoires and autobiographies, including those of Tora Dahl and Anders Österling. She also appears thinly disguised in contemporary novels by authors such as Gustaf

Hellström and KG Ossiannilsson, in which she is described as beautiful, gifted, charismatic, and almost irresistible.

Hildur Sandberg’s death generated a lot of attention. Her funeral cortège to Norra kyrkogården (the Northern Cemetery) in Lund numbered over 2,000 people. In 1913 the workers’ collective in Lund had a tombstone erected in her memory. It was discovered to be missing, however, during the 1970's when interest in her life story was reignited. Thus, in 1979, on the 75th anniversary of Hildur Sandberg’s death, the Lund workers’ collective had another tombstone erected.

Hildur Sandberg is one of the few women to have had a street in Lund named after them. Hildur Sandbergs gata lies in Värpinge, a suburb which was constructed during the 1990s. 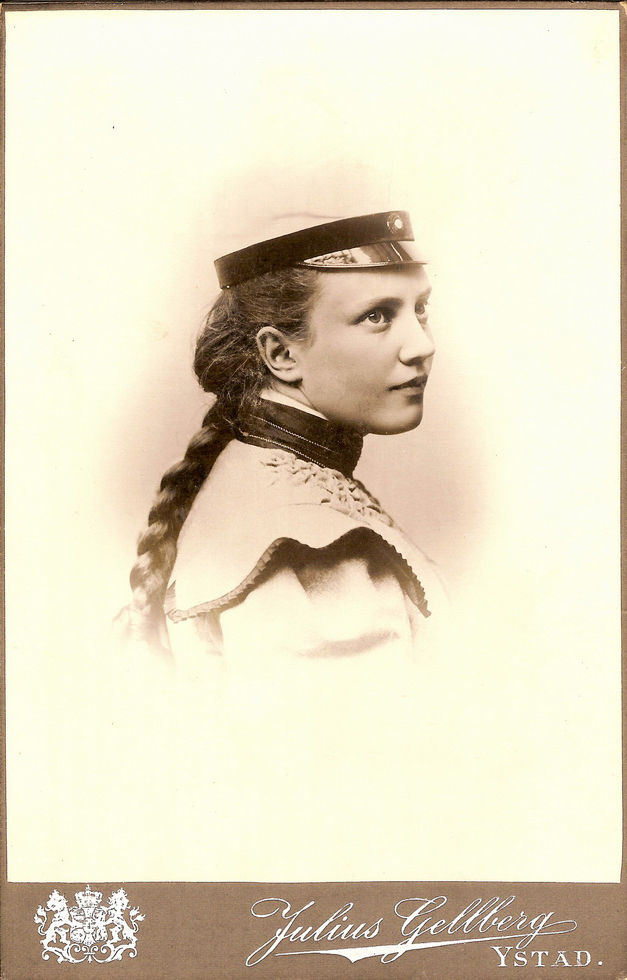