Hilda Lindstedt was head of the library at Kungliga Tekniska högskolan (royal institute of technology) and a pioneer of technical documentation within Sweden.

Hilda Lindstedt was born in Dorpat, in what was then Russia (now Tartu, Estonia), in 1881. Her family spent some time living there during the 1880s. She was the daughter of Ebba Petersson-Giertz and Anders Lindstedt, a mathematician and astronomer. Hilda Lindstedt was the second eldest child in a family of four – the other three children were all boys.

In 1901 Hilda Lindstedt gained her lower school certificate at the girls’ school Lyceum för flickor in Stockholm. She then spent a number of years working in the insurance industry, where she undertook statistical and mathematical enquiries. Six years later she was taken on as an assistant at Kungliga Tekniska högskolan’s library (KTHB) and she remained employed by that institution for the rest of her professional life. During her initial yeas at KTHB she also worked as an assistant at the library of the Royal Swedish Academy of Sciences, whilst also undertaking studies in English and mathematics at Uppsala university and Kungliga Tekniska högskolan.

During this early period Hilda Lindstedt went on a number of study tours which proved to be of great significance for her future career as head at KTHB. A royal travel fund she received in 1911 allowed her to spend the summer months on a study tour of several European countries. Her aim was to visit the libraries at various colleges of technology in Denmark, Germany, and Switzerland. Ten years later Hilda Lindstedt went on a study trip to the USA for just over three months. On her return to Sweden she introduced a series of changes to increase efficiency at several Swedish scientific libraries. At KTHB she introduced the use of the Library of Congress classification system as well as the American Library of Congress printed catalogue cards, notably reducing the amount of cataloguing work required at the library. Hilda Lindstedt summarised her American experiences in her text, Biblioteksstudier i USA jämte riktlinjer för ett svenskt tekniskt centralbibliotek, published in 1922. Her travel to the USA had also inspired her to inventory the magazines held by the technical sciences libraries in Stockholm and Uppsala. This catalogue, considered to be a monumental effort, was finally completed in 1931.

Meanwhile, in addition to the above, Hilda Lindstedt was actively engaged in the work to build a new library at Kungliga Tekniska högskolan. Thirteen years prior, whilst the rest of the school had moved to newly-established premises on Valhallavägen, the library had been left behind, in limited premises located on Drottninggatan in central Stockholm. When the new library was complete and ready for use in 1930 the finished building was the result of close collaboration between Hilda Lindstedt and the architect Erik Lallerstedt. Hilda Lindstedt has, in a couple of articles published in the Teknisk tidskrift journal in 1931, provided richly detailed descriptions of the new building’s architecture and the library’s activities.

Hilda Lindstedt remained actively involved with the library of technology throughout her life and she was always seeking to develop the library enterprise. For instance, a copying machine was acquired in the early 1930s in order to supply other libraries with sought-after journal articles and other information more rapidly. It wasn’t long before the library’s annual output of photocopies became comparable with that of the biggest libraries in Sweden. Hilda Lindstedt was also a pioneer when it came to library training and she had already in 1930 put forward a proposal for training in technical documentation. Training matters were important and she gave a talk on the subject at a conference on documentation that was held in Oxford in 1938.

Hilda Lindstedt was one of the instigators of Tekniska litteratursällskapet (TLS, now known as Svensk förening för informationsspecialister, SFIS) which was founded in 1936. The society’s membership had years of experience of working with technical libraries and the organisation sought to promote technical-scientific and industrial library- and literature services primarily within trade and industry. Hilda Lindstedt was the first deputy chair of the society, a position she held for the ensuing decade. She was also active internationally. In 1937 she attended the World Congress of Universal Documentation held in Paris, where she reported on the activities of TLS and the ongoing efforts to develop a Swedish “centre of documentation technology”. In 1938 TLS was taken on as the Swedish national representative on the leading council of the International Federation for Information and Documentation (FID), to which Hilda Lindstedt was given an honorary membership in 1950.

Hilda Lindstedt was a frequent speaker and during the 1930s she attended numerous conferences and congresses. She wrote articles for various specialised journals and authored and edited a long series of texts, published as part of the Tekniska litteratursällskapet and Kungliga Ingenjörsvetenskapsakademien (royal academy of engineering) printed series. One of the outcomes of her work at the library was the production of printed catalogues of KTHB’s collections. Hilda Lindstedt has been described as extremely meticulous and she herself is supposed to have said that although you cannot see how long it takes to produce a given work, the mistakes are always visible.

During her final ten years as head of KTHB Hilda Lindstedt tenaciously sought to continue developing the library and to set up a new staff system. During the war years the technical libraries at colleges were placed under great demand and in 1946 – the same year that she retired – the KTHB library was finally awarded increased funding, following a state-run enquiry. That same year Hilda Lindstedt was appointed chief librarian and also received the Illis quorum medal.

Hilda Lindstedt died in 1971. She is buried at Norra begravningsplatsen (the Northern cemetery) in Solna. 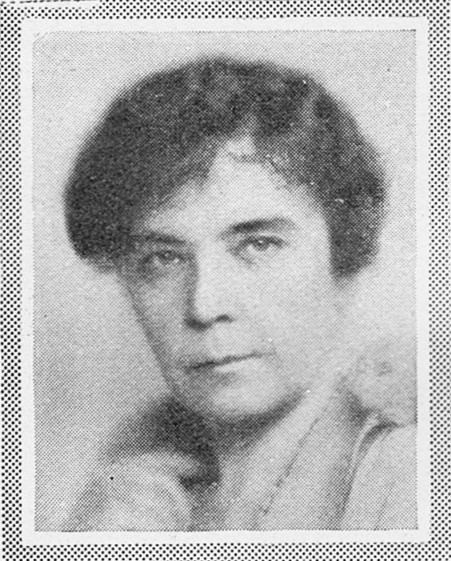