Greta Engkvist was a teacher, popular educator and peace worker. She was the secretary of the Women’s International League for Peace and Freedom and worked for various women’s associations with peace and international issues. She was one of the founders of the foundation Stiftelsen Fredshögskolan.

Greta Engkvist was born in 1893 in Vissefjärda parish in the county of Kalmar in the province of Småland. Her mother Sigrid Johansson, née Forsell, had been a shop assistant in Malmö and Stockholm and thereafter started her own shop for sewing accessories in Nybro. She closed it upon marrying. Her father Hjalmar Johansson was a provincial official. Greta Engkvist was the eldest of five children. The family lived in three different villages around Kyrksjön in Vissefjärda parish while she was growing up, but moved to Kalmar in 1908 where their father had applied to be stationed.

In Kalmar, Greta Engkvist attended the girls’ school Elementarskolan för flickor for two years, but from 16 to 18 she was a pupil at the Whitlockska coeducational school in Stockholm. She lived with a relative and later on at a boarding house. Greta Engkvist returned to Kalmar and in 1912 she was accepted on a one-year course for elementary schoolteachers at Rostad (later Rostads folkskoleseminarium). During the 1913–1914 academic year, she was employed as a teacher for four boys aged 7–13 at Klemensnäs in Skellefteå. The following two years, she had temporary jobs in elementary schools in Kalmar and in 1916–1918 a longer temporary post at an elementary school in Saltsjöbaden outside Stockholm.

Greta Engkvist met Olle Engkvist, a bricklayer, social democrat and union official in 1914. They married three years later. Through him, she got to know many people and their home was open for friends and colleagues. She continued for a while after her marriage to take temporary jobs at elementary schools in Stockholm. During that time, Olle Engkvist studied at the technical college and gradually developed a profitable business as a building contractor. Greta Engkvist accompanied her husband on a nine-month-long journey in 1921 on a scholarship that he had been awarded by the Kommerskollegium. They travelled to Germany, Italy, France and England. Back home again, she was recommended to improve her education and she chose language studies. In 1923–1927, Greta Engkvist read Romance languages, English and German and gained her M.A. at the University of Uppsala. The family adopted a son, Gunnar, born in 1924.

In 1928, Greta Engkvist started her active life as a peace worker. Matilda Widegren suggested that she should be the secretary of the Women’s International League for Peace and Freedom in Sweden (IKFF), an organisation of which Greta Engkvist had been a member since 1920. She kept that position until 1938, and continued after that to be active in various ways. The assignment as secretary also meant giving lectures and recruiting members.

At the beginning of the 1930s, the Engkvist couple decided to divorce since they had grown apart. To get a divorce, mediation was a requirement and also living apart for six months. The couple were good friends and to prevent them from keeping company with each other as though they were still married, they had to live far apart. Greta Engkvist was curious about Asia and chose to travel around the world, which Olle Engkvist offered to pay for. She left in October 1931 and arrived back in September 1932. She depicts her travels in her memoirs: Att se tillbaka vid 94. Minnen från ett liv för freden, published in 1988. The trip went to Berlin and then Paris, where she attended a meeting with Mahatma Gandhi. In Madrid, she read Spanish and in Geneva she listened to debates in the United Nations. She boarded a ship from Marseille to India, and travelled through Burma, Singapore, Indonesia, China, Korea and Japan, where she landed in the Chinese-Japanese conflict over Manchuria. From Yokohama she travelled to Hawaii on a ship, and then on to the east coast of the USA, through the Panama Canal to Cuba and then finally New York. After spending some time there, she travelled home to Sweden on “Kungsholmen” to Gothenburg. At her destinations, Greta Engkvist often looked up the YWCA or Salvation Army, listened to people and took contact with organisations working with social issues and peace work.

During the following two decades, Greta Engkvist established herself as a popular educator by giving lectures and leading adult education study circles. Apart from continuing her activities in IKFF, she was responsible for Svenska Kvinnors Medborgarförbund’s series of articles in which she was also encouraged to bring up the peace issue. Through her membership of the social democratic women’s association, she was engaged in their study council on international matters. The association Svenska Kvinnors Nationalförbunds kommitté för fred, that had been started by Naima Sahlbom also made good use of her. In 1943, Greta Engkvist was accepted as a lecturer by the Folkbildningsförbundet (now Studieförbunden), that ran its own lecture activities. Curious as she was and interested in people’s living conditions, Greta Engkvist also managed three trips to the Soviet Union during the 1930s.

In 1939, a new peace organisation was started: Stiftelsen Fredshögskolan. It was started by the school principal Filip Stenson who gathered together 15 other founders who represented the fields of psychology, pedagogy, economy and peace issues. Among them were Greta Engkvist, Lydia Wahlström, Karin Boye, Allan Degermark, Anna Lenah Elgström, Oscar Olsson, Emilia Fogelklou, Ellen Hagen, Fredrik Ström and Einar Tegen. The aim was to build up positive peace work through upbringing and education, and to start courses and peace research. The Arbetarnas bildningsförbund (ABF) joined up as did several other organisations later on. Greta Engkvist, who in the beginning worked as the correspondence secretary and for a short time as the principal of the Peace High School, stated that she had her office in her home during the whole period. In the stencilled pamphlet Så började vi … Greta Engkvist om Fredshögskolan that came out in 1982, the courses and activities are listed chronologically for the years 1930–1947 for the Peace High School’s 40th jubilee in 1979. Greta Engkvist resigned from being the principal in 1983, when she was 90 years old. However, she was never unoccupied since she was then encouraged to write about her life.

Greta Engkvist dedicated herself during the post-war period to more than the foundation, and among the things she mentions in her memoirs is refugee work for the Swedish ORT committee. This was an international Jewish organisation working for professional education for Jewish refugees and her assignment was to be one of two guidance counsellors during 1949 for the 14-week-long training course at the Stockholm City apprentice and training schools. The pupils were 18 refugees who had been prisoners of war or came from concentration camps. Most were Polish Jews. Furthermore, Greta Engkvist also spent 40 days travelling in various countries in the Middle East during the Christmas holidays in 1957–1958, to orientate herself on the situation in the region. In 1964, she was assigned to be an observer at a UN seminar on human rights in Kabul in Afghanistan, for the organisation Open Door International, that was working for economic equality between women and men. 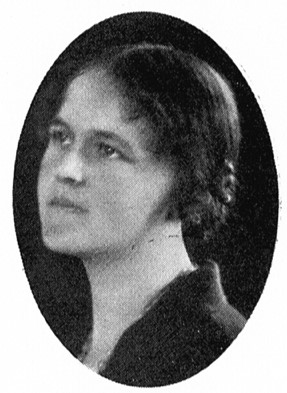