Gerda Kjellberg was one of Sweden’s first female doctors, a venereologist, and an active campaigner against prostitution and the spread of venereal disease.

Gerda Kjellberg grew up in Kristinehamn. Her father was the managing director of Kristinehamn’s machinery workshop. When Gerda Kjellberg was twelve years old the family moved to Stockholm where she attended the Åhlin school. In 1897 she completed her eighth year. After much deliberation she managed, with private loans and great efforts, to sit her school exams privately in the spring of 1900. She then trained to become a doctor and became the first female specialist in venereal disease in Sweden.

Although women had obtained the right to sit school exams in 1870 this only entailed limited options for further academic studies. After her confirmation Gerda Kjellberg’s father listed the possible careers ahead of her and his selection was significant: “housemaid, steamboat cleaner, hospital assistant, nurse, teacher, doctor”. In her autobiography she wrote that it was during a visit to Paris, 1897-1898, when she was just 16 years old, that her eyes were opened to women’s socially miserable condition. Upon observing prostitutes she decided: “I wanted to help cure society of the disease of prostitution”.

After taking the medical and philosophical exam required at the time in order to begin training as a doctor in Uppsala, Gerda Kjellberg registered at the Karolinska Institute in Stockholm. There she met a number of women with the same intentions: Ada Nilsson, Alma Sundquist, Signe Salén, Anna Clara Romanus and Ellen Sandelin. In her autobiography she describes how the young female students discussed controversial issues such as prostitution, regulation, contraception and more, and how they tried to classify the social problems they came up against, particularly at the maternity ward on Garvargatan where they worked.

In 1906 Gerda Kjellberg married the lawyer Carl Bernhard Romanus. They had two children, born in 1907 and 1910. In February 1911 she gained her medical licentiate degree. In the autumn of that year she became the first female venereologist amanuensis in the country at the clinic for skin and venereal diseases at Sankt Göran hospital. In 1912 she was awarded the Fredrika Bremer association stipend for doctors, and armed with a letter of recommendation from the syphilis specialist Professor Edvard Welander, she travelled to Paris and spent a few months working at the Hôpital S:t Louis. The following year she travelled to Berlin and then to Vienna, after which she opened a private clinic as a dermatologist in Stockholm whilst continuing to work at the hospital.

At the start of the twentieth century there were two main issues in sexual politicy, namely the population question and the fight against venereal diseases. Gerda Kjellberg, along with Anton Nystrom, Knut Wicksell and Hinke Bergegren, argued for the implementation of birth control through the use of contraception. She strongly opposed the so-called regulation, which merely sought to register and regularly impose health checks on female prostitutes. She was in favour of legal abortion in extreme cases. She also campaigned for increased sexual education through articles and lectures and published the prizewinning book Varifrån kommer jag, mamma?, 1931, which came to be printed in many editions.

Gerda Kjellberg was a dedicated pacifist and was a member of and participant in many peace organizations and peace demonstrations, including the conference in The Hague in conjunction with Henry Ford’s peace expedition in 1915-1916. She was religious and active in the Oxford movement. 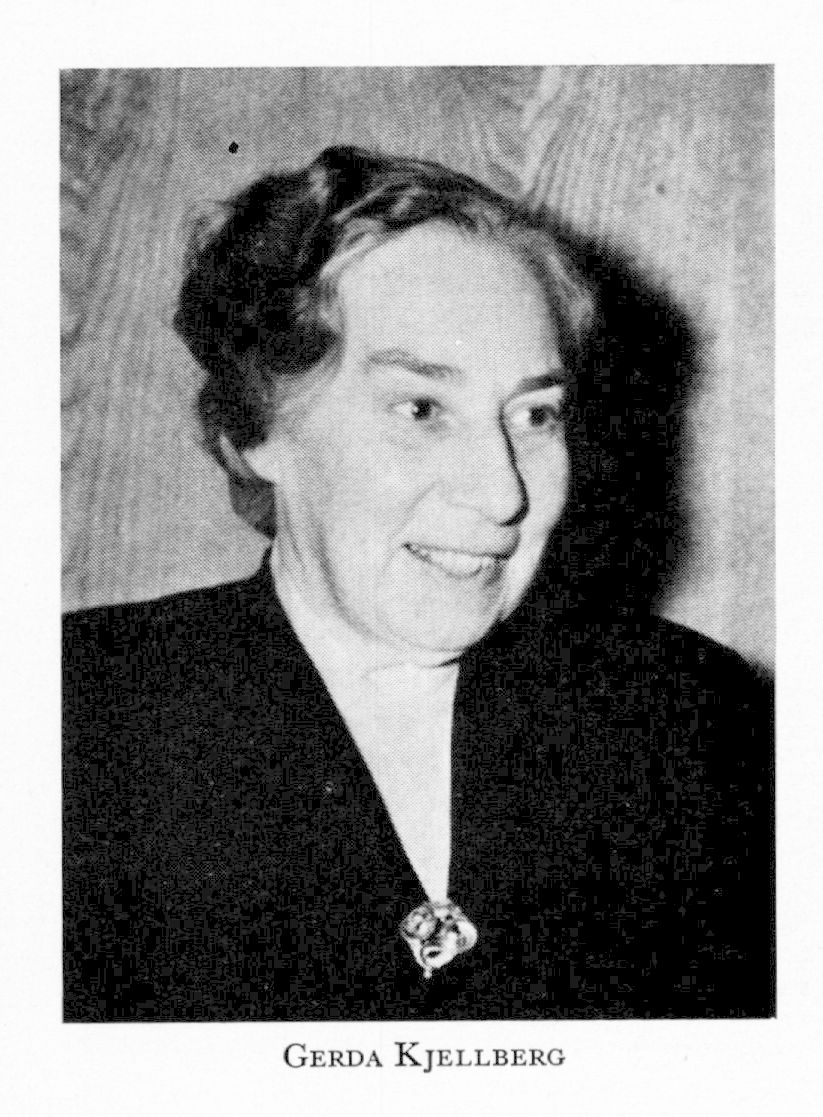