Gerda Hellberg was one of the founders of Uppsala kvinnliga studentförening (female student association). She was also one of the leading figures in the struggle to introduce female suffrage in Sweden.

Gerda Hellberg was born in Stockholm in 1870. She grew up in the capital city where she lived with her parents and older half-siblings from her mother’s first marriage. Gerda Hellberg’s father was Olof Lundberg, a wholesale merchant from Trosa and part owner of the Kuntze & Co. rubber factory. Her mother Ida Josefina Lundberg, although born in Södertälje, had grown up in Stockholm. The family spent their summers at the paternal sister’s home of Sjövik manor in Sorunda, Sörmland. Gerda Hellberg was her mother’s seventh child but she was her father’s one and only child.

When it was time for Gerda Hellberg to begin school she was registered at the French school on Drottninggatan 108, Stockholm. Gerda Hellberg was confirmed at St Clara church in May 1886. That same year she read German and natural history at Högre latinläroverket å Norrmalm (now known as Norra latinläroverket). She continued her studies at Wallinska skolan and in September 1888 Gerda Hellberg registered at Uppsala university, where she intended to gain a bachelor’s degree in languages. At the time she was the sole female student amongst a thousand males. Her father wrote her letters expressing his happiness and pride that his daughter was a student at Uppsala university.

Gerda Hellberg boarded with Fritiof and Ann Margret Holmgren at Villa Åsen for a while, during her time at Uppsala. Within the liberal and radical milieu of that house discussions were held on social injustices and class differences as well as the subordinate social status of women. It was there that Gerda Hellberg met Gulli Petrini and Lydia Wahlström, also students. They all became good friends and together, during their student years, they founded the first female student association in Sweden, namely Uppsala kvinnliga studentförening. This association served as an early nursery for future feminists and the main issue of concern they campaigned for was female suffrage.

Gerda Hellberg’s and her fellow students’ circles also included members of Verdandi, another student association. Verdandi was considered to be a modern and radical group as it engaged with issues such as parliamentarianism and freedom of religion. One of that group’s early chairs was Mauritz Hellberg and through their mutual networks he and Gerda Hellberg became friends. He was the editor of the Karlstads-Tidningen newspaper and he was also heavily involved in Sveriges allmänna rösträttsförbund (Sweden’s universal suffrage association).

Gerda Hellberg gained her degree in modern languages in 1892. Five years later she and Mauritz Hellberg were betrothed. The ceremony took place on Gerda Hellberg’s 27th birthday at Lidingöbro inn in Stockholm. The lawyer Karl Staaff had ensured that the betrothal document was legally valid and that it was witnessed and signed by the couple’s friends Gulli Petrini, Ann Margret Holmgren, Otto von Zweigbergk and David Bergström. Following Ellen Key’s blessing of the betrothal it became public knowledge. There were several reasons that the couple opted for a betrothal rather than a traditional church wedding but the main one was that they were both atheists and determined that Gerda Hellberg should retain her legal independence. Shortly after this ceremony the couple moved to Karlstad and two years later their first son, Helvin, was born.

As the turn of the twentieth century approached the question of general suffrage became an increasingly debated issue in Sweden. Landsföreningen för kvinnans politiska rösträtt (LKPR) (national association for women’s suffrage) was established in Stockholm and local branches spread throughout the country like bushfires. On 16 March 1903 Föreningen för kvinnans politiska rösträtt (FKPR) was set up in Karlstad at a well-attended meeting. Gerda Hellberg was elected as the association chair. Karlstad FKPR, along with the Gothenburg branch, became the two most active branches in Western Sweden.

1903 was an eventful year in Gerda Hellberg’s life. In addition to being busy with Karlstad FKPR, not only did she give birth to her second son, Love Strand, but the family also moved into the newly constructed Villa Skogsbrynet near Karlstad town. This was a thirteen-room house built in the national romantic style and in time became somewhat of Karlstad’s answer to Villa Åsen in Uppsala. Towards the end of November 1904 Love Strand fell ill. He developed a high fever and breathing difficulties and died on 4th December, not even two years old. The death of their son hit the Hellberg family very hard. At this time their eldest son Helvin was also experiencing health issues and periodically spent time at various sanatoria and health resorts.

Gerda Hellberg carried on with her suffrage work as well as her activism within the liberal movement. Using Karlstads-Tidningen as its mouthpiece Karlstad FKPR was then able to reach a broad readership with its message. Gerda Hellberg also frequently wrote for the suffrage magazines. Villa Skogsbrynet also put demands on her time with its constant stream of visitors. It was Gerda Hellberg who was in charge of both the household and the family’s social life. Outsiders described Gerda Hellberg as a unifying force.

In November 1912 Karlstad FKPR selected Gerda Hellberg as a candidate for Karlstad town council elections. She was duly elected in January 1913 and remained a member of the council until 1923. Gerda Hellberg was particularly active in the prohibition of intoxicating drinks campaign as well as relief actions for the unemployed. In 1922 she also participated in the so-called Urkursen (inaugural course) at Kvinnliga Medborgarskolan (civic women’s school) at Fogelstad as part of her role as chair of Frisinnade kvinnors riksförbund (FKR, now known as Svenska Kvinnors Vänsterförbund, SKV, Swedish Women’s Left-wing alliance) in Värmland county.

Following the dissolution of LKPR upon the introduction of women’s suffrage Gerda Hellberg began to take an active role in Fredrika-Bremer-Förbundet. In 1923 the Karlstad branch of this organisation was set up and Gerda Hellberg became its first chair. Her engagement in this group entailed the continuing struggle for women’s rights to gain professional qualifications and to equality. Gerda Hellberg retained her position as chair until April 1935 when she became the branch’s honorary chair.

Gerda Hellberg was also an active member of Lasarettsdirektionen (hospital management), and on the board of the handicrafts association Föreningen Värmlands Hemslöjd, the children’s welfare agency, Eldbegängelseföreningens Karlstadsavdelning, and Föreningen Mjölkdroppen, the latter of which was a precursor to child welfare agencies. During the mid-1930s Gerda Hellberg began to increasingly withdraw from her public roles although she nevertheless continued to be active within the Karlstad branch of Fredrika-Bremer-Förbundet.

Gerda Hellberg died on 6 August 1937, aged 67. Her funeral was held in Stockholm and the urn with her remains was buried, according to her wishes, at Långserud cemetery near Säffle. She lies beside her sons Love and Helvin, Helvin having predeceased her the previous summer. 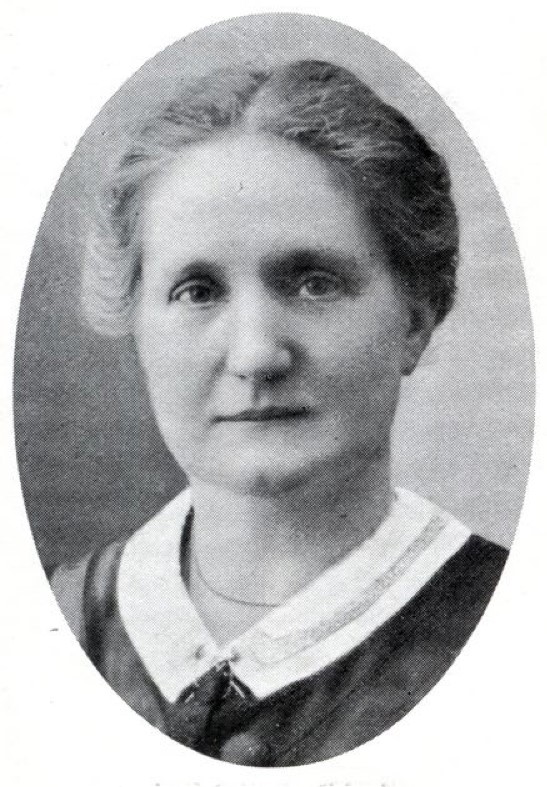