Fanny Stål was a pianist who was active during the mid-nineteenth century. She was largely responsible for popularising Frédéric Chopin’s music in Sweden. Her two “Föredrag å Piano” (presentations on the piano) concerts given in 1850 are usually considered to be the first solo concerts given by an instrumentalist.

Fanny Stål was born in Stockholm in 1821. She was the daughter of Axel Samuel Stål, a language teacher, and Carolina Harmann who was of German origins. Her father was appointed to the royal Swedish court and taught King Oscar I, his future queen, Josefina, as well as their children. Not much is known of Fanny Stål’s childhood or that of her younger brother, August. She was probably home-schooled or she may perhaps have attended Tyska skolan (the German school) which was right next door to where the family resided. It is likely that her early musical education was in the form of piano lessons from Wilhelm Bauck and Johan (Jan) van Boom. The musical trait ran in her family. Her paternal uncle Conrad Stål was a violinist who later became a member of the Royal Swedish Academy of Music.

Fanny Stål made her public debut as a concert pianist at the age of 20 in March 1841. Prior to this she had only performed at private events. She played, alternating with singing performances, four pieces by Sigismund Thalberg and Theodor Döhler, as well as variations from the compilation work Hexameron at a “musical soirée” held in Börshuset in Stockholm. One of the composers who featured in the latter work was Frédéric Chopin who was, at this point in time, an unfamiliar face to Stockholm’s music community. The audience, which included the Swedish queen, crown prince and crown princess, heartily approved of Fanny Stål’s performance. Indeed, only two days earlier she and Jenny Lind had performed for the royal family.

The press described Fanny Stål as a remarkable talent and subsequently, in the spring of 1841, she played at a concert with the cellist Andreas Gehrmann. In the late autumn of that same year she organised a major concert herself at which she played music by composers including Felix Mendelssohn, Thalberg, and Ludwig van Beethoven. In between the piano performances the stage was handed over to Hovkapellet (the royal orchestra) and two singers, one of whom was Wilhelmina Fundin.

In early 1842 Fanny Stål, accompanied by her mother, headed off on a longer study tour of Europe in order to further develop her musical skills and four years would pass before she returned home. Armed with a letter of recommendation from the Swedish Crown Princess she initially stopped in Copenhagen. There she performed before H.C. Andersen and King Christian VIII, before heading on to Germany later in the spring. She gave concerts in Hamburg, Schwerin, Rostock and other towns, garnering mostly positive acclaim from the German music critics who noted her virtuosity. One newspaper described her as “Jenny Lind on the Érard piano”.

Fanny Stål’s main destination was Paris. She arrived in the French capital during the second half of 1842 and she spent three years there, studying piano-playing and harmonising with Frédéric Chopin himself. She was one of a very small number of Scandinavian students he taught. The others were Henriette Nissen-Saloman, Thomas Tellefsen, and Mathilda Indebetou. Fanny Stål left Paris in 1845 to begin her homeward journey. She took a year-long break in Hamburg and Berlin where she once again performed concerts. In July 1845 an exclusive piano that she had ordered from Érard piano-makers was delivered to Hamburg. It looked like she was genuinely seeking to establish herself as a professional concert pianist at this time, yet during the first few years after her return to Sweden she instead devoted herself to working as a piano teacher in her parents’ home in Stockholm.

In the spring of 1848, at the age of 26, Fanny Stål once again performed before the public in the Swedish capital at a musical soirée she herself had organised. In addition to three works by Chopin she also played pieces by Beethoven, Franz Liszt, and Thalberg. Her former teacher Wilhelm Bauck wrote an overwhelmingly positive review for the Aftonbladet newspaper although even he had certain critical comments, including a lack of clarity and distinction in her playing. Two years later Fanny Stål made a ground-breaking appearance on the Stockholm music scene. In February and March 1850 she gathered a sizable audience for two solo concerts, advertised as “Föredrag å Piano”, which were held in Brunkeberg hotel’s grand hall. These concerts tend to be viewed as the first ever solo concerts – in the modern understanding of the term – by an instrumentalist in Sweden. The first “föredrag” solely comprised what at that time was considered to be modern music, including Thalberg, Liszt, and Döhler. Her interpretations of Chopin obviously took centre stage: the Black Key Etude in G flat major opus 10 no.5 and the Nocturne in C sharp minor opus 27 no.1 in which Fanny Stål doubtlessly conveyed direct influences from Chopin himself. The second concert, which opened with Beethoven’s Moonlight sonata, opus 27 no.2, contained a mix of classical and modern content.

Despite Fanny Stål’s pioneering efforts, the musical soirée with a mixed programme remained the dominant form of concert and so-called piano evenings did not become particularly regular until the end of the nineteenth century. For some unknown reason she withdrew from the performance circuit and was absent for many years, although she is said to have accompanied Jenny Lind at her performances in Sweden. In 1857 Fanny Stål played a couple of Chopin pieces at a concert with Euphrosyne Abrahamson but it was a full two years before she made her return to the scene as a solo performer. The programme for the musical soirée she played at in the spring of 1859 once again contained the same Romantic composers as before, although the pieces were new. Her concert drew a smaller audience than usual and received somewhat mixed reviews in the press, although no music critic could deny her “highly developed proficiency” and her confident playing style. This concert was Fanny Stål’s final large-scale performance. Her seemingly last official performance occurred the following year when she, accompanied by violinists, played part of a concerto by Johann Nepomuk Hummel.

Fanny Stål was only 38 years old when her piano-playing career came to an end. She probably continued giving piano lessons although she appears not to have had any students of particular note. Towards the end of 1862 she announced her intention to sell her Érard piano, which eventually ended up in Queen Josefina’s hands. Fanny Stål continued living in Stockholm until the autumn of 1881, at which point she moved to Västerås where her brother, August, was serving as regimental doctor. She seems to have been financially well-off but after a while she moved in with her brother and his family, perhaps as a consequence of ill health. 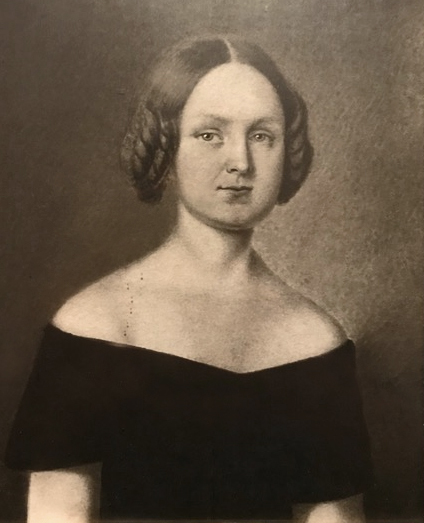