Martha Persson Henning was one of Sweden’s first women specialists in ear, nose and throat. She was also the first woman in Sweden with the professional academic title of amanuensis.

Martha Persson Henning was born in Helsingborg, the daughter of Nils Persson and Brynhilda, née Sandberg-Bennet. She was the youngest in a large group of siblings and grew up in a middle-class family in the town’s most exclusive circles. After seven years’ studies at the elementary school in Helsingborg, she spent one year at a girls’ boarding school in England to learn the things that a young lady of her station was required to know.

Despite the fact that higher education was unusual for young women with Martha Henning Persson’s background, since they were often economically independent, she wanted to become a doctor. She started studying at a grammar school in Stockholm in 1899. Girls and women were forced to study privately since the state grammar schools were not open to them. Studying at a grammar school therefore meant that Martha Henning Persson was compelled to move to Stockholm and live respectably boarded with acquaintances of the family. The costs were high and constituted an economic hindrance for many, apart from the social and cultural obstacles already in place.

Martha Persson Henning matriculated and moved to Lund in 1903 where she started her medical studies at the university. According to the prevailing gender norms and expectations from the family, she accepted a medical specialisation in women’s illnesses. After gaining her medical qualification at Lund University, Martha Persson Henning continued her studies at the Karolinska Institute in Stockholm, where she took her Bachelor’s degree in medicine in 1908. Apart from her medical studies in Stockholm, she worked as an amanuensis or kind of academic secretary. During the early 1900s, Martha Persson Henning was also an active sportswoman who won gold medals in both tennis and sailing. After her Bachelor’s degree, she served as an assistant nurse and medical secretary at various hospitals.

Working on women’s illnesses was not really what Martha Persson Henning wanted to do. In 1916 she therefore moved to Vienna to train further as an ear, nose and throat specialist. In Vienna during the first world war, she served at the city war hospital. For her contribution during the war, she was awarded a service medal by the Austrian Red Cross.

During 1920—1931, Martha Persson Henning practised as a doctor in Uppsala, with her own practice. She was thus both a practising physician and self-employed, both a feat and a necessity perhaps. During her years in Uppsala she was also a member of the city council, the healthcare committee and the temperance committee.

In 1928, Martha Persson Henning gained her doctorate in Uppsala, thus qualifying as an MD. Her thesis dealt with Swedish schools for the deaf and their pupils. Throughout her life, she was engaged in questions concerning the rights of those with hearing defects, and she was one of the founders of the association Hörselfrämjandet (nowadays Hörselskadades riksförbund, HRF) in Helsingborg. She also sat on the association’s central board for 41 years. Additionally, she was a board member of the association Svenska föreningen för dövas väl (also a forerunner to HRF), and chairperson of the association de Dövas förening in Helsingborg.

In the autumn of 1931, Martha Persson Henning returned to the town of her birth, Helsingborg. She had already purchased her old childhood home Gamlegård in 1919, and had it renovated. Here she also accommodated her practice after her return to Helsingborg. Her friend Agnes Karlsson worked as her reception nurse and housekeeper.

Martha Persson Henning was engaged in issues concerning women’s possibilities for accessing studies and for acquiring professional appointments after higher studies. She was also a driving force in the founding of the Helsingborg women’s Red Cross corps and the women’s crisis organisation Kvinnoföreningarnas Beredskapskommitté in Helsingborg during the second world war. She volunteered as a doctor for the Red Cross during both the Finnish winter war and the second world war. In 1939 and 1940 she undertook two journeys to war-ravaged Finland and in the spring of 1945 she was one of those to meet the white buses at the Danish-German border. She later received war decorations and medals from both Finland and Denmark for her contributions.

Martha Persson Henning, or Martha P as she was also called, came to be one of the best-known doctors in Helsingborg. She was active as a doctor well into the 1950s and died in 1969, at 88 years of age. Her practice has been preserved at Fredriksdal museums and gardens. 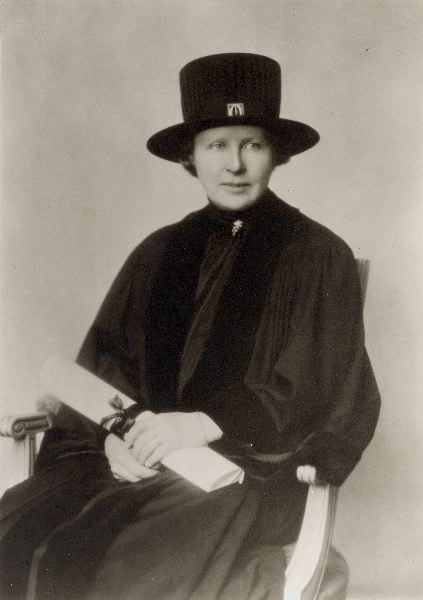