Ellen Bergman was a musician, a singing instructor, and active within the women’s movement.

Ellen Bergman was born in Strängnäs in 1842. Her parents were Mathilda Bergman, née Scholander, and Axel Theodor Bergman, a pastor. The family comprised six daughters who were raised in the culturally and intellectually rich environment of a clerical home. The girls were thoroughly home-schooled by their parents. It was said that Ellen Bergman was an unruly and wild child who did not want to conform to the contemporary norms deemed appropriate to girls.

Music played an important and large part in the Bergman family life. Initially Ellen Bergman played the cello but as time passed she primarily focused on singing. From 1864–1869 she attended the Stockholm music conservatory where she studied the cello, the organ, how to harmonise and solo singing and gained her Master of Arts in Church Music in 1867. In 1870 she gained her qualification from the Royal Swedish Academy of Music. Ellen Bergman already began to give singing lessons, both within institutions and in private, during her student years. Her clients included Sven and Lisa Scholander, Selma Ek, Valborg Svärdström, and Dagmar Möller. She frequently refused her pay in order to form funds to award stipends to students of lesser means.

During the first half of the 1880s Ellen Bergman was a member of the Swedish section of The International Abolitionist Federation, an organisation which campaigned against the regulation of prostitution. This was a subject which largely exercised middle-class Christian women. The Swedish division was set up in Stockholm in 1878 and that year it began to publish a magazine called Sedlighets-vännen: den Allmänna abolitionist-federationens organ för Sverige which became its primary organ. Ellen Bergman frequently supplied contributions to the publication and engaged in debate during the early years but then left the organisation in 1885. At that point she had become too radical for the movement as she was campaigning not just against prostitution but also against marriage. August Strindberg once, in a letter, referred to Ellen Bergman as “den djefla maran” (that damn fiend) with regard to her feminist views. She herself wrote, for example, that women bore all the obligations within marriage whilst men retained all the rights. She believed that women had more important roles to play in life that just to get married and have children. She herself never did marry.

During the 1890s Ellen Bergman became an active member of Fredrika-Bremer-Förbundet and in the Swedish section of the Theosophical Society, giving several popular lectures on religious philosophy and theosophy. Ellen Bergman donated larger sums of money to both of these organisations and she also supplied financial support to Landsföreningen för kvinnans politiska rösträtt (LKPR, national association for women’s suffrage) for their international congress. She is said to have been a hard worker and to have lived a simple Spartan lifestyle so that more of her money could be used for the benefit of the needy.

During the 1900–1906 period Ellen Bergman taught both solo singing and choir song classes at Isis Conservatory of Music at Point Loma, USA. Her teaching methods were very popular with the students. She also served as the school’s deputy director.

Ellen Bergman was elected as member number 455 of the Royal Swedish Academy of Music on 28 September 1876 and in 1899 she was awarded the Illis quorum medal. She died on 5 December 1921 just a month before what would have been her 80th birthday. She is buried at Norra begravningsplatsen (the Northern cemetery) in Solna. 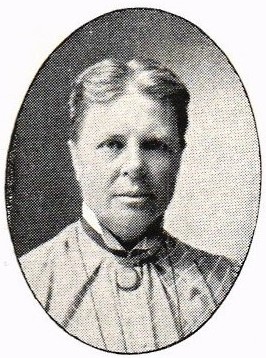