Asta Östenius was a test kitchen chef, cookery book author, popular educator and responsible for among other things Rutiga kokboken, a bestseller in the late 1900s.

Asta Östenius was born in Uppsala in 1919. Even when very young, she was interested in food issues. After basic education, her continued studies were focused on technical and economical household subjects — she qualified as a domestic science and textile science teacher in the 1940s — and she complemented those studies with a course in journalism. In her work as a teacher at a restaurant school in Gothenburg, she met her husband-to-be, Sven Östenius, who also worked as a teacher there. Soon after their marriage in 1952, he was offered a post in Stockholm. Asta Östenius applied for and got the post that was then being advertised of test kitchen chef for the supermarket chain ICA. The couple thus moved to Stockholm where they had four children in quick succession.

ICA’s test kitchen had recently been inaugurated and just like its precursor and closest competitor, KF’s test kitchen, ICA’s equivalent in the popular education of the 1950s concentrated on diets and nutritionally appropriate foods. In KF’s test kitchen, Anna-Britt Agnsäter created suitable measurements for baking and cookery, the food pyramid and the bestseller Vår kokbok. ICA’s test kitchen followed in her footsteps. ICA-kuriren announced recipe competitions and in the test kitchen, Asta Östenius and her colleagues, among them Maja-Lisa Furusjö, tested the thousands of recipes sent in by readers through the years. Asta Östenius published weekly menus in which the food was to be nutritious and cheap. She also made a colourful and appetising poster of the plate-shaped diagram of basic seven foodstuffs recommended by Folkhälsan, the precursor to the Swedish National Food Agency (Livsmedelsverket). In the test kitchen’s test laboratory, initiated by Asta Östenius, new products and cooking utensils were regularly tested.

Asta Östenius published about thirty recipe and cookery books, but her favourite was Rutiga kokboken from 1980, in which 1,500 recipes share the pages with practical advice and instructions so that the final result would be delicious — and nutritionally correct. Thus it was a basic cookery book that exists in many Swedish homes, what with 800,000 copies sold (2006).

Asta Östenius even spent her leisure time on food issues. In Lilla Sällskapet, a group the aim of which was to promote Swedish food culture, she was the secretary and participated in handing out awards to particularly merited cooks. 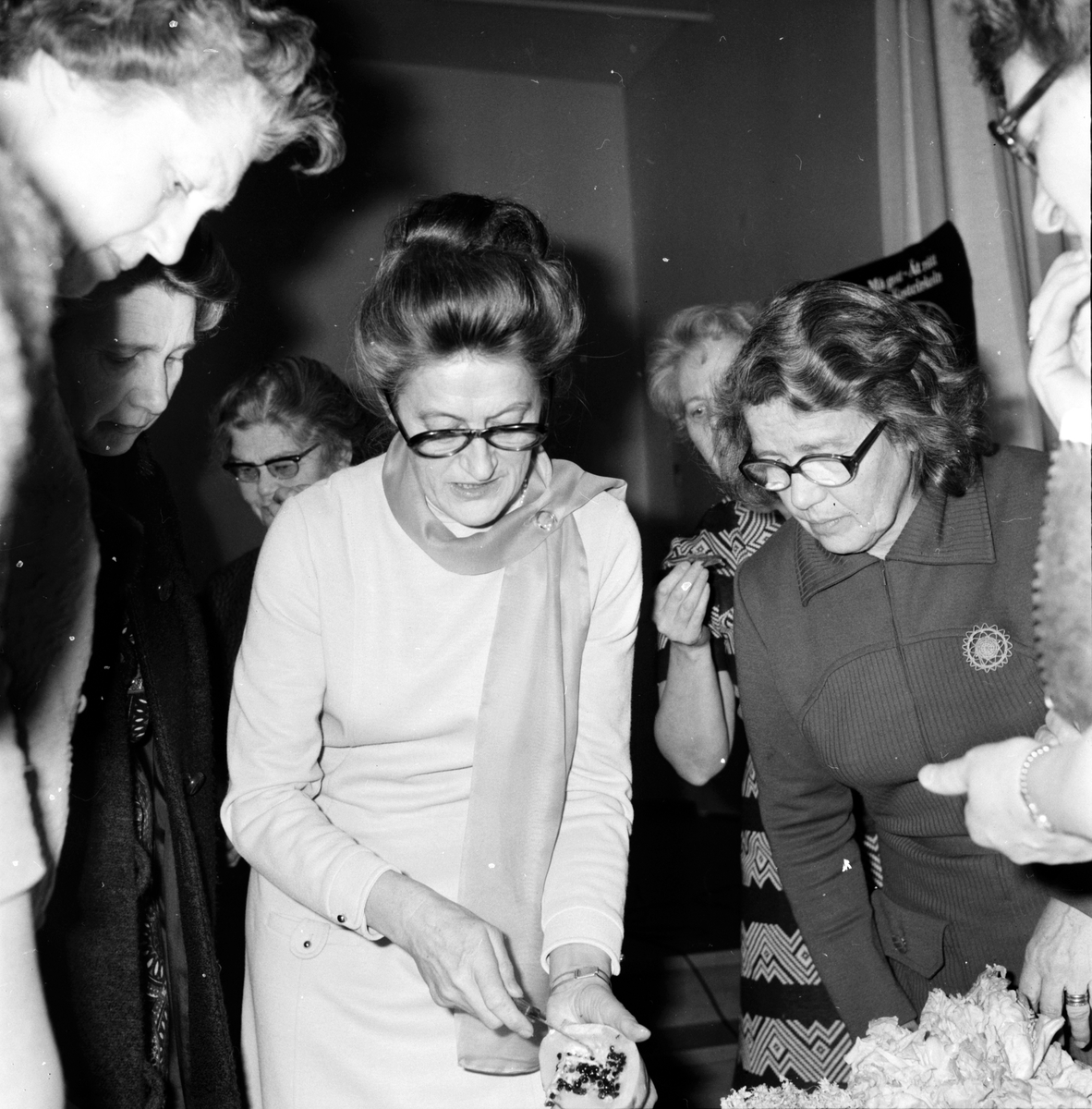