Anna Kleman was an insurance clerk and board member of the Stockholm division of Föreningen för Kvinnans Politiska Rösträtt (FKPR, association for women’s suffrage). During the First World War she also served as chair of the Swedish division of the International Committee of Women for Permanent Peace.

Anna Kleman was born in Karlskrona, Blekinge in 1862. Her father, Carl Kleman, was serving in the navy there at the rank of commander. Her mother, Johanna Augusta Kleman (née Grahm) was a housewife. Anna Kleman had two sisters: Maria, who was three years her junior, and the five-year younger Ellen Kleman. They all grew up together in Karlskrona. They also had an older half-brother and in 1872 their mother was widowed. The girls gained their foundational education in Karlskrona. In the 1890s Anna Kleman moved to Stockholm whilst her mother and her sister Ellen settled in Uppsala. Ellen earned a living by working at a bank whilst Anna Kleman was employed at the insurance company Aktiebolaget Thule Livförsäkringar, a major company which also offered insurance to women. From 1903 onwards the two sisters and their mother all lived at the same address in Stockholm, although their mother died the very next year. Anna Kleman’s and her sisters’ nephew, Carl Fredrik Kleman (son of their half-brother), was born in 1887. His mother sadly died in childbirth and shortly afterwards his father headed off to the USA where he died in 1900. It was left to Anna Klemen and her sister Ellen to care for their nephew and he stayed with them until his teenage years, at which point he moved in with the middle sister, Maria Stenberg. She had got married in 1891 and was now living in Gothenburg.

From 1903–1906 Anna Kleman served as secretary of the Studenter och arbetare (students and workers) association, which aimed to offer opportunities to engage in cross-class discussions on social matters through meetings, lectures and cultural evenings. Anna Kleman was also actively involved in the women’s suffrage movement. From 1906 onwards she was a board member of Landsföreningen för kvinnans politiska rösträtt (LKPR, national association for women’s suffrage) and she served as secretary and later chair of the Stockholm division of FKPR from 1906–1912. She gave several talks on women’s suffrage. In 1908 a summary of two of her talks, entitled Kvinnans medborgarrätt: föredrag hållet i December 1907, was published in the Studenter och arbetares association journal. This article considered the issue of women’s suffrage from both an international and a Swedish perspective, whilst also questioning why a husband’s dominion over his wife was still enshrined in law. She also considered employment conditions and salaries of both working-class women and women employed within the civil service.

It was Anna Kleman who greeted the delegates at the international suffrage conference held in Stockholm in 1911. She also, as part of a formal ceremony at the Royal Swedish Academy of Music, presented the gold-coloured embroidered standard to the conference chair. One of her duties as chair of the Stockholm division was to host the conference dinner. A special edition of the Idun journal reported that, having finished all her conference duties she and all the conference delegates travelled on a specially laid-on train which took them to the Saltsjöbaden restaurant for dinner, followed by a garden party. The group then travelled home by boat through the archipelago. Ahead of the major petition circulated in support of women’s suffrage Anna Kleman delivered many talks. By 1914 30 volumes of signatures had been gathered in favour of the petition. When there were just a few months left of the campaign, in 1913, Anna Kleman had an article entitled “Namninsamlingen: en plikt och en rättighet” published in the Dagny journal in which she described and debunked the arguments against women’s suffrage that she had heard and she urged everyone to sign the petition.

Meanwhile, in 1908 Anna Kleman’s sister Ellen Kleman had become a close friend of Klara Johanson, a critic who worked at the Stockholms dagblad newspaper. The surviving correspondence between the two women reveals that an intense romantic relationship developed between them. In the autumn of 1912 Klara Johanson came to live with Ellen and Anna Kleman at their large apartment on Valhallavägn 59 in the Östermalm part of Stockholm. All three of them lived in this apartment until the mid–1930s – although in 1923 the building was renumbered as Valhallavägen 80. Ellen Kleman had taken on the position of editor at the Fredrika-Bremer-Förbundet organ Dagny in 1907 and she remained in post until 1913 when the journal folded due to financial reasons. From 1914 until her retirement in 1932 she then served as editor of its successor publication, Hertha. Anna Kleman had articles and reports published in both publications. She wrote on subjects such as proposals for safeguarding laws for women, pensions, insurance, salary regulations, equal pay, and women’s suffrage.

During the First World War Anna Kleman attended the international conference organised by women’s organisations across the globe and held in The Hague in 1915. Representatives from all over Europe and the USA came to this conference, which was designed to bring an end to the war. Anna Kleman reported on the conference for Hertha. Some of the other 16 Swedish delegates were Matilda Widegren, Emilia Fogelklou, Anna Lindhagen, Naima Sahlbom, Elisabeth Wærn-Bugge, and Elin Wägner. Women from both neutral and warring countries spent four days at the conference at which it was decided that smaller delegations of women would be sent out to neutral and warring nations’ governments to demand neutral mediation to end the war. As the delegation headed for Stockholm, having first held an inaugural meeting with the Czar in Russia, a major demonstration, known as Kvinnornas fredssöndag (Women’s Sunday of peace), took place. Over 88,000 women across the whole of Sweden held meetings demanding mediation in order to bring the bloody battles to a close. Anna Kleman was part of the network which sought to implement efforts to bring about peace. From 1915–1919 she also served as chair of the Swedish section of the International Committee of Women for Permanent Peace (ICWPP), one of the national committees set up in various different countries following the conference in The Hague. The deputy chair was Matilda Widegren and members included Nina Benner-Anderson, Ellen Palmstierna and Anna Lindhagen. Anna Kleman wrote an article entitled “Kvinnornas entente” in the Dagens Nyheter newspaper in the hopes of arousing interest. She highlighted that women had formed committees in the USA, Europe, Australia and South Africa to form a “nation of mothers” to work for peace. During the ensuing years the group connected with committees in Norway and Denmark developing common demands to be put to various governments, collected press cuttings, created a list of peace efforts undertaken by women, and worked to build like-minded circles in the countryside.

Demands for aid multiplied following the First World War leading to establishment of the international Save the Children organisation in 1919. Ellen Palmstierna served as the first chair of the Swedish version, Rädda barnen. Anna Kleman also joined this group and for a time served as the national chair.

Anna Kleman was invited to deputise at a conference held by the International Council of Women (ICW) in Washington in 1925. She, along with some other Swedish women, represented Svenska Kvinnors Nationalförbund, a subsection of ICW. Anna Kleman reported on the congress in Hertha. She also participated in ICW’s executive meeting in Geneva in 1927. During the 1920s and 1930s Anna Kleman published tributes to famous Swedish women and international women who had worked on behalf of the peace effort and on behalf of social issues.

Anna Kleman lived with her sister Ellen Kleman, and Klara Johansson, until 1936 when she began to find it difficult to climb stairs. She then moved to the Windsor lodging house whilst the other two moved into a modern functionalist apartment on Kungsholmen the following year. Ellen visited her sister frequently. Sadly, Anna Kleman’s health only worsened, eventually leading to her death in 1940. She left money for a refugee-aid fund which her sister Ellen was also involved in. Anna Kleman is buried at Galärvarvet cemetery in Stockholm. The third sister, Maria, who had moved to Stockholm died just nine days after Anna Kleman. 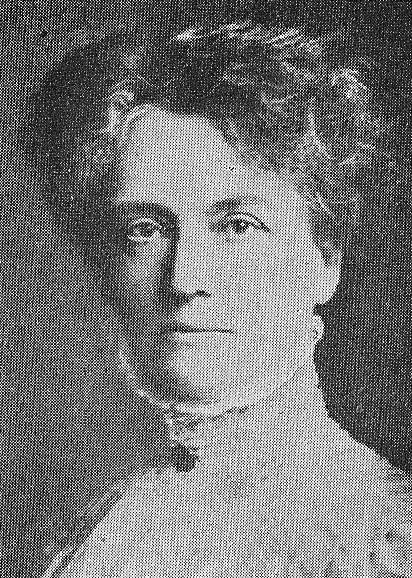