Aino Taube was a film star of the ingénue type during the 1930s, later to develop into a respected dramatic actress in film, theatre and TV, from the 1940s and onwards.

Aino Taube was born in Helsingör in Denmark in 1912. She was the daughter of the journalist Ella Ekman-Hansen and her husband Mathias Taube, an actor. Aino Taube’s maternal grandfather, Peter Hansen, was an author and for a number of years also the artistic director at Det Kongelige Teater in Copenhagen. Her paternal grandfather was Axel Taube, a customs officer and choir leader, as well as being the uncle of the Swedish singer-songwriter Evert Taube.

Aino Taube grew up in Copenhagen and in Stockholm, where she attended the Anna School. Aino Taube was educated at the Dramaten theatre school (the present-day Stockholm college of drama; Stockholms dramatiska högskola) in 1930—1932. She made her stage debut in 1931 at the Skansen theatre in the role of Elisabeth Westling in Selma Lagerlöf’s Dunungen. Her film debut was a larger role in Ivar Johansson’s Skepparkärlek in 1931. Aino Taube also sang a number of early film hit songs.

Aino Taube toured with John W. Brunius, Hjalmar Lundholm and the National Theatre (Riksteatern). Among her other engagements may be noted those at the Blanche theatre in 1935, in which she collaborated in Kar de Mumma revues; at the Skansen theatre in 1936, the Vasa theatre from the end of the 1930s until the early 1950s, and also the Malmö City Theatre in 1953—1954. After these she made a guest appearance at Dramaten in 1954, and was permanently employed there from 1955 until 1984. Among her many successful roles there may be noted Arsinoë in Molière’s Le misanthrope in 1955, the mother in Pirandello’s Six Characters in Search of an Author in 1957, the choir leader in in Euripides’ The Trojan Women in 1960, Tora in Walentin Chorell’s The Cats in 1961, Polina in Tjechov’s Sea Gull in 1961, Gunhild Borkman in Ibsen’s John Gabriel Borkman in 1976 and Katarina Stenbock in Strindberg’s Erik XIV in 1977.

During pretty much her entire film career, Aino Taube played almost exclusively bigger roles or star roles. As her male counterparts she had on several occasions Åke Ohberg and Edvin Adolphson, but mainly her husband Anders Henrikson. He was also the director of several of her most successful films, such as Alle man på post in 1940, Life Goes On in 1941, Tåg 56 in 1943, and the title role in Åsa-Hanna in 1946. Aino Taube also collaborated with film directors like Gustaf Molander, Gustaf Edgren, Per-Axel Branner, Schamyl Bauman and Alf Sjöberg.

During the years 1958—1959, Aino Taube participated in TV theatre’s first permanent ensemble. She also played in TV series like Ingmar Bergman’s Face to Face) in 1976, Håkan Ersgård’s Hedebyborna in 1978—1980, based on Sven Delblanc’s suite of novels, Per Sjöstrand’s My Mother gets Married‏ in 1979, based on Moa Martinson’s autobiographical novel, and the TV film Summer Island in 1979, based on Tove Jansson’s novel Summer Book. Aino Taube was married to the actor and film director Anders Henrikson from 1940 until his death in 1965. They had three children, Mathias, Ella and Thomas. The first two also became actors.

During her more than 50 years on the Swedish stage and screen, Aino Taube had time to bring to life all possible types of women characters, from spirited and rosy-cheeked 1930s heroines to the modern and irreproachable women of the 1940s, and from the mothers and hellish mums of the 1950s to the anxious older ladies and robust, wise grannies of more modern times. These were dignified, everyday, credible portraits, with minimal naturalistic means.

Aino Taube was cultured, stylish and awe-inspiring, and she radiated a feeling of being very much herself. She was an example of durable, clear-thinking woman power who would never accept any nonsense. She never let herself be reduced to roles as either an ill-tempered shrew or a vapid little goose. Aino Taube was one of Sweden’s great actresses, often compared in the 1940s with Greta Garbo. She therefore continued to be an acclaimed, respected, and often employed Swedish film and theatre actress throughout her life.

Through the years, Aino Taube received various awards for her acting, such as Skådebanan’s and SF’s (Swedish Film’s) Awards in 1938, Inga Tidblad’s Award in 1980 and the O'Neill Award in 1981.

Aino Taube died in Stockholm in 1990. She lies buried at the Northern Cemetery in Solna. 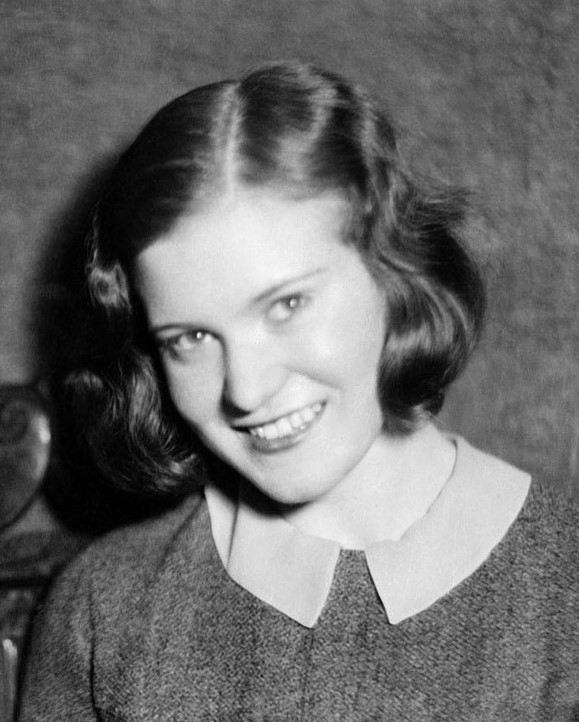