Vendela Skytte was a noblewoman who hosted salons. She wrote poetry and corresponded with members of the most learned circles of her day.

Vendela Skytte was the eldest of Johan Skytte’s and Maria Nääf’s children. Her father was the son of a burgess from Nyköping who had been given the opportunity to gain an education and then made a career out of academia and education. Indeed, her father had been one of King Gustav II Adolf’s tutors and he had served as chancellor of Uppsala university. He passed on his view of the importance of education to his own children and did not differentiate between his daughters and his sons in this regard. Vendela Skytte had well-recognised impressive language skills and held deep views on theological and philosophical matters. Vendela Skytte composed poetry and corresponded with intellectual artists and scientists as befit the elite culture of her day.

Vendela Skytte inherited the estates of Älvsjö and Marby. Her husband, Hans Kyle whom she had married in 1626, held estates in the lands surrounding Stockholm. However, it is unclear where the couple’s main residence was located and where Vendela Skytte hosted her learned salons. Hans Kyle’s military service in the meantime entailed that they spent time at the Stralsund garrison in the late 1620s. A serious outbreak of the plague occurred there in 1629, during which Vendela fell ill and eventually died barely aged 20. She left behind her husband and two young children. 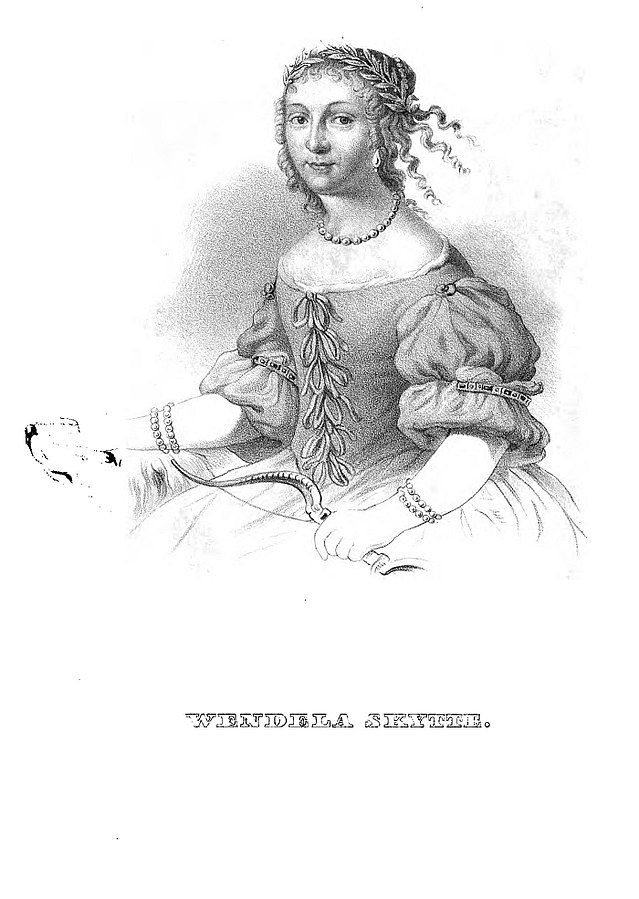