Valborg Aulin was an eminent pianist, composer and piano teacher.

Valborg Aulin was born in Gävle in 1860. When her father became employed at Högre Läroverket (the advanced educational institution) in Stockholm in 1862 the whole family moved there. Playing music was an important element of the family’s daily life and it soon became clear that Valborg Aulin would devote herself to music. She received piano lessons from her maternal aunt from the time she was six years old. Later on, the pianist and composer Jacob Adolf Hägg became her teacher and, from 1873 to 1876, she was taught harmonics by Albert Rubenson, director of the Musikaliska akademin. In 1877 she enrolled as a student at Kungl. Musikkonservatoriet where she studied the piano with Hilda Thegerström, one of the best contemporary pianists, as well as counterpoint, harmonics and instrumentation with Ludvig Norman, amongst others. She was the only woman to enroll in the class for composition. In 1882 she left the conservatory after completing five years of study there. She then she gave private lessons in piano and harmonics in Stockholm until 1885.

In the spring of 1885 Valborg Aulin was awarded the Jenny Lind stipend, enabling her to study abroad. In the autumn of 1885 she headed off to Copenhagen, where she performed her Grande sonate sérieuse pour le piano op. 14 for musicians such as Johan Svendsen and Niels W. Gade. She then continued on to Berlin and finally to Paris, where she studied with Benjamin Godard, Massenet and Ernest Guirand. Apparently Valborg Aulin also gave public piano performances in Paris. In Paris she composed pieces such as the orchestral piece Tableaux Parisienne op. 15 and the lyrical suite Procul este op. 28 for soprano, mixed choir and orchestra. It is probable that she made the last changes to her first piece for a string quartet in F-major during her time in Paris.

In August 1887 Valborg Aulin returned to Stockholm. Ludvig Norman had passed away in 1885 which meant that an important source of positive reviews was gone. Her public performances, both as a pianist and a composer, led to critical comments from the male-dominated establishment. She cancelled a planned performance of her orchestral suite. Shortly afterwards she, very unwillingly, performed her Sonate serieuse for piano in public. According to the music reviewer for Svensk Musiktidning it was a failure.

Valborg Aulin was known for her work as a music teacher and during the 1890s she became established as a private piano teacher. She lived in Stockholm, taught, composed and went on several tours with her brother Tor Aulin. The music she wrote for the piano reveals her enthusiasm for the contemporary national romantic style. She published several of her piano and choral pieces.

Valborg Aulin composed two pieces for string quartets, which belong to her most prominent works. Her brother’s quartet, the Aulin string quartet, performed her piece in F-major in 1888 to positive reviews. The same group performed her second string quartet piece in E-major in 1890 to similarly positive reviews. During the 1890s she composed new choral, solo song, piano and orchestral pieces. In 1896 she held a composer’s evening solely comprising her own pieces, for which she received both negative and positive reviews. Five years later, in 1901, she held another composer’s evening of her own works. The concert was sold out, but the press reviews were grim.

Despite Valborg Aulin’s favourable reputation as a piano teacher in Stockholm she opted to move to Örebro in 1903. She stopped composing, continued to teach, and socialised among upper class families who shared her musical interests. Örebro enjoyed a rich musical social life, which Valborg Aulin became part of. She performed as a pianist at the Philomeles society concerts as well as at concerts in the Nicolai church. Between 1914 and 1924 she held annual concerts each February which were well-publicised in the town. In contrast to her years in Stockholm, Valborg Aulin had a strong cultural capital in Örebro which meant that she enjoyed a prominent position in the city’s musical life right up until her death.

Valborg Aulin died in 1928. She is buried in Nikolai kyrkogård (the cemetery of Saint Nicholas Church) in Örebro. 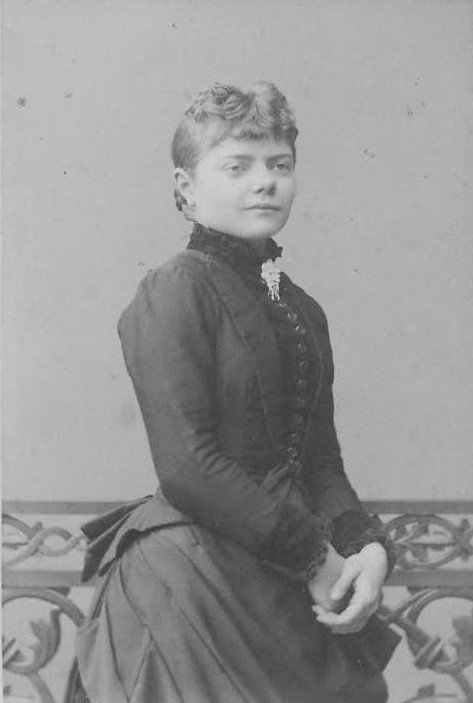