Tyra Kleen was an artist, an author, and a cosmopolitan. Both Jugend and symbolist motifs figure in her art, as well as colourful images of dancers and ceremonial hand movements, and portraits.

Tyra Kleen was born in 1874 and was the youngest of three children born to the Swedish diplomat Richard Kleen and his wife, Amalia. The family moved frequently during Tyra Kleen’s childhood thus exposing her to different cultures and enabling her to learn several languages. Her interest in drawing and painting already emerged when she was a child and she received her first artistic training from her mother and paternal grandmother.

Tyra Kleen never attended art school in Sweden. At the age of 15 she was instead sent to Dresden, and then to the Malerinnenschule in Karlsruhe where she studied drawing and painting. She continued her artistic studies in Munich and Paris. During the three years she spent in Paris she studied at the Académie Colarossi, the Académie Julian, the Académie Delécluse, and the Académie Vitti. She very enthusiastically describes the teaching she received in her letters home to her family and her diary entries. Tyra Kleen was inspired by the fin-de-siècle ambience in Paris, as well as by theosophical philosophers and poets, and she created symbolist works to illustrate the poems of Charles Baudelaire, Edgar Allen Poe, Maurice Maeterlinck and others.

Following her time in Paris Tyra Kleen spent a brief period in Stockholm before travelling, in 1898, to Rome, where she remained for almost 10 years. She was highly productive during her time there, producing some of her most important symbolist works. Her diary entries describe how she etched lithography plates and then sent them off for printing. She regularly exhibited her work in Rome and in other European cities such as Paris, London, Berlin, Vienna, St Petersburg, and Stockholm. During her time in Rome Tyra Kleen also led a very active social life, meeting up with friends and fellow artists, going to dinners and on social visits. She also attended concerts, the opera, and the theatre, and travelled to London and Paris and other towns in Italy and around the Mediterranean. She drew continuously and wrote up her diary. It was through her travels and periods spent living abroad that Tyra Kleen formed an extensive circle of friends in Sweden and further afield in Europe. Ellen Key was both a good friend and a role model to Tyra Kleen, who read all her books and used to help Ellen Key to distribute pamphlets. Tyra Kleen socialised with cultural celebrities such as Ottilia Adelborg, the Zorn couple, Carl and Karin Larsson, Anna Maria Roos, Carl Milles, J.A.G. Acke, Carl Eldh, Gerda Sprinchorn and Ellen von Platen, to name just a few.

In 1907, having left Rome, Tyra Kleen sought a bit of land near Stockholm where she could build a house. She visited several areas, including Stocksund and Rönninge, before she settled on a shore-plot on Lidingö. There she had Villa Brevik built in 1908, a large house complete with a roof terrace and studio which was very bright and contained ready-made podia for models to stand on.

It was hard for female artists to exhibit their work at the turn of the 1900s, given the dominance of male artists at the time. In response to this Föreningen Svenska konstnärinnor (the association of Swedish women artists) was established in Stockholm in 1910. Tyra Kleen was one of the founder members and her work was displayed at the association’s first exhibition at Konstakademin (the academy of art) in 1910. The next year Tyra Kleen and her friend Ellen von Platen headed to Ceylon and spent three months travelling in the region. Her diary contains descriptions of the journey which she also recounted in letters home to her family, telling them how she lived at train stations in very basic conditions. That same year she published her travel memoires in a book called Strövtåg i Orienten.

During the 1916–1917 period Tyra Kleen visited the USA and the West Indies. She exhibited her work in New York whilst on these travels. In 1919 she travelled solo to Java and Bali in Indonesia, remaining there until 1921. She painted the court- and temple dancers and the ceremonial hand movements made by the mudras, Balinese and Javan priests. She also took photographs when in the jungle and carried a large suitcase full of her own paintings which she made sure to display whenever possible. When she returned home Tyra Kleen had plenty of material to use for both exhibitions and in writing books. In 1923 she exhibited her images from Java and Bali at the Victoria and Albert museum in London. The following year the same exhibition was held at Liljevalchs konsthall in Stockholm. Tyra Kleen also published five books based on her sketches, drawings, and material gathered during her Javan and Balinese travels. Ni-Si-Pleng: en historia om svarta barn, berättad och ritad för vita barn was published in 1924. Tempeldanser på Bali was released in 1936 and Wajang came out in 1937. Tyra Kleen also wrote articles about her journey and gave several talks on it. In 1938 she was awarded the Johan August Wahlberg silver medal in recognition that she, through her work and “outstanding contributions had championed the anthroposophical and geographical sciences”.

Tyra Kleen continued to travel, write, and draw for the rest of her life. In 1946 she published the book Solens son, inspired by material and images from the travels she undertook to Egypt and Greece during 1925–1926. However, with the arrival of the 1930s and the accompanying focus on modernism interest in Tyra Kleen’s colourful images and expressive Jugend-style work seems to have vanished. However, Tyra Kleen also painted a few portraits, self-portraits, and landscapes. She was a multi-faceted artist who drew, painted in oils and watercolours, and was a graphic artist as well as a photographer. Given that she gained her artistic training outside of Sweden, and lived and worked in Paris and Rome for extensive periods during her life, her symbolist style is unique and is not shared by any other Swedish artist.

Tyra Kleen had already written and illustrated her own stories as a child, and she continued to do so as an adult through her illustrated travelogues, symbolistic stories and accounts, and in providing illustrations for other people. In 1896, when Tyra Kleen was 22, she drew the illustrations for the South African author Olive Schreiner’s book Dreams. Tyra Kleen’s sister, Ingeborg, translated the book into Swedish (Drömmar). A few years later, in 1900, Tyra Kleen wrote the somewhat autobiographical work Lek: från Roms bohême-värld, followed two years later by the symbolistic story En Psykesaga, which she illustrated with soulful images. She also illustrated Viktor Rydberg’s Den nya Grottesången from 1901 for the journal Ord och Bild, and provided expressive symbolistic images for the Norwegian author Måns Lie’s book Dödens Varsel.

Tyra Kleen never married and never had any children. During her 20s, when she was studying art in France, she got engaged to Max Bohm, her art instructor from the USA. However, she decided to end the engagement shortly afterwards. She willed her home and her art to Riddarhuset (the house of nobility). According to her will her home was to be let out as accommodation and studio space for female artists. The house was sold in the 1970s.

Tyra Kleen’s will ordained that what remained of her artwork was not to be exhibited to the public until 50 years after her death. The collection, which emerged in 2001, comprises paintings, drawings, sketches, prints, literature, and other items including 60 years’ worth of diary entries and letters. The collection also includes Tyra Kleen’s photographs from her overseas travels. Today (2017) the collection is housed at Valinge gård in Södermanland, which was Tyra Kleen’s childhood home. 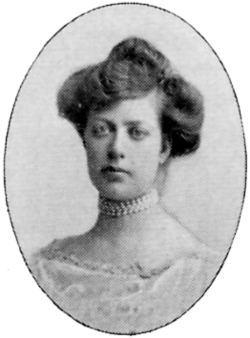