Thora Wigardh was a much loved doctor and lecturer who fought for women’s rights in what at that time was an extremely male-dominated world. She is also remembered as the first female doctor active in Gothenburg and was the first woman to be elected into the Gothenburg medical society.

Thora Wigardh was born in Gothenburg in 1860. She and her six siblings were brought up in that town and in Sölvesborg. Her parents were Johan Otto Granström, a customs officer and superintendent, and his wife Maria Elisabeth Granström, known as Elise. Between the years of 1873 and 1878 Thora Wigardh attended Kjellbergska flickskolan (girls’ school) in Gothenburg. She then spent five years working as a teacher whilst waiting to undertake further studies. In 1886 she gained her ‘mogenhetsexamen’ (certificate of maturity/competency) as a private student at Högre allmänna läroverket in Lund.

Thora Wigardh had harboured a desire to be a doctor since her teenage years. Perhaps it came about as a result of her father enduring a lengthy illness which finally ended his life in 1870. On his deathbed, in June 1870, her father read out the parliament’s decision to give women access to university studies, and she had shouted out “Now I can become a doctor!”. However, it took some time before society was prepared to accept that women had the right to higher studies. Thora Wigardh herself, when she was a poor young teacher, was faced with mockery in response to her determination to study and matriculate. “Send the girl to an asylum”, a reputable male acquaintance had said to her mother, “You must realise that she is crazy!”. At that time there were very few female doctors in Europe. Thora Wigardh had a strong memory of a woman in Uppsala saying to her “A woman who wants to sit beside young men and cut up naked cadavers is no better than a prostitute”.

The female medical students struggled like pioneers and faced difficult times during their studies. In Uppsala and Lund, where Thora Wigardh was a student, female students were not allowed to wear the student cap or to take part in the student body activities. They were also frequently subject to sexual harassment and taunts. Once the Uppsala female students’ association was founded in 1892 the situation for female students improved noticeably. That association’s members were the first female students to officially don the student cap. The association played an important social role by providing a debating club and by holding parties, putting on farces, and organising excursions. Lydia Wahlström was the first chair of the association, whilst Thora Wigardh served as deputy chair. The membership included Ada Nilsson, Astrid Cleve, and Alma Sundquist.

Thora Wigardh gained the so-called “medico-filen” in Uppsala in 1887. This preparatory qualification, graded within the faculty of humanities, was obligatory if one wanted to continue medical studies. The “medico-filen” was discontinued in 1907, when it was replaced by new regulations. Thora Wigardh continued her advanced medical studies at Karolinska Institutet (KI) in Stockholm in 1892 as a medical candidate. She completed them in 1897 when she gained her medical licentiate. Thora Wigardh was the fourth woman in Sweden to gain this qualification. She had been preceded by Karolina Widerström, Hedda Andersson and Maria Folkeson.

Thora Wigardh specialised in gynaecology, which in the male-dominated environment of the era was still pejoratively described as “specialising in women’s troubles”. Initially gynaecology was one of the few specialisms open to women. The earliest female doctors were able to bring something new to the field given their own particular experiences. Thora Wigardh gained further knowledge in the field by undertaking study trips to Berlin, Dresden, and Prague in 1897, back to Berlin in 1907 and to Wrocław in 1909.

In 1897 Thora Wigardh moved back to Gothenburg. She opened her own surgery there, adjacent to her home at Vasagatan 33, receiving patients on weekdays and on weekends. The neighbouring house, Vasagatan 35, served as Ivar Bagge’s premises for Gothenburg’s first light and xray institute and Emil Strandman’s surgical clinic – known locally as the “Fire and Blood” building. Thora Wigardh was probably able to refer her patients next door as Ivar Bagge ran both diagnostics and treatment programmes, particularly within early cancer care, whilst Emil Strandman was able to provide acute surgical services.

That same year Thora Wigardh married her colleague, Pontus Wigardh, a dermato-venereologist. Their wedding took place on 19 December in Dresden’s Frauenkirche. The couple had two children together: Thorborg and Thor Erland. Thora Wigardh sent a contribution to Idun magazine in 1916 in response to a series of articles the magazine had run, reminiscing that: “(…) Everyone raised their hands in despair when I married my friend from university: Poor man, they said, he will never get his socks darned! Poor children, their mother will never be home!”. She then added, smugly: “But now I’m so happy … a beautiful home – old loyal servants (…) – beloved children who sweetly tell me: What mother does is good”.

In 1898 Thora Wigardh became the first female member of the Gothenburg medical society, although she resigned from the society in 1919. In addition to her career and her housewifely duties she also, like many of her fellow female academics, was politically active in the women’s rights movement. She was a board member of Föreningen för kvinnans politiska rösträtt (FKPR, the local section of Landsföreningen för kvinnans politiska rösträtt, LKPR, national association for women’s suffrage). Thora Wigardh marched at the head of the only street demonstration the association held in Gothenburg in 1918. This made her one of several well-known Gothenburg women who paved the way for women’s suffrage.

Thora Wigardh made herself known throughout Sweden as a lecturer in hygiene and social issues. She was a member of Svenska Föreningen för moderskydd och sexualreform (Swedish association for the protection of expectant mothers and sexual reform), founded in 1911 as the Swedish division of Internationale Vereinigung für Mutterschutz und Sexualreform (ses Frida Stéenhoff). Through the dissemination of pamphlets and by holding lectures the association’s members shared effective skills in general female care and in sexual morality issues. The association aimed to improve women’s positions in society as mothers, particularly within legal, financial and social spheres. Further, the association members also campaigned for the protection of unwed mothers and their children, fought against the prejudice these women suffered and championed a healthier attitude towards sexual issues and campaigned for a state delivered maternity benefit. Thora Wigardh was considered to be a contentious woman who did not mince her words. At a lecture in Trollhättan in 1907 she said the following: “Men never pass laws which prevent them from drinking to excess or which recognise women’s rights with regard to men, and they never pass laws which punish men who infect women”.

Thora Wigardh’s marriage ended unexpectedly with the death of her husband in 1907 following a period of illness. She spent many years living as a widow. It must have been a great source of comfort to her to see her daughter Thorborg following in her footsteps. After studying at Lund, Thorborg become a popular doctor in Stockholm. Following Thora Wigardh’s death a street in Gothenburg was named after her, Doktor Wigardhs Gata, in the Guldheden area of the town. Her street lies adjacent to the Doktor Allards and Doktor Liborius streets. It has been described as the world’s shortest street as there is only one house on it, number 2, which provides student accommodation.

Thora Wigardh died in Gothenburg in 1933. She is buried in the family grave at Östra kyrkogården (the Eastern Cemetery) in Gothenburg. 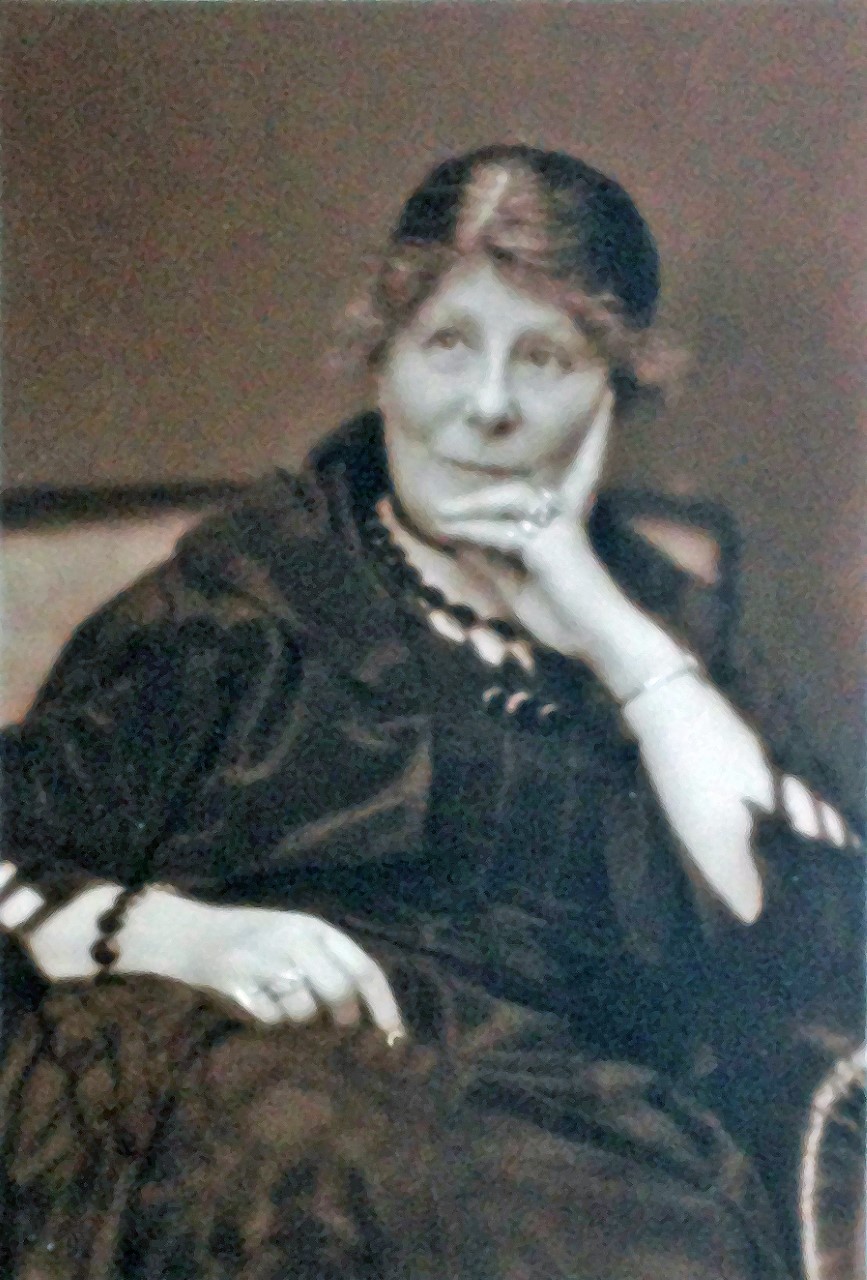