Sophie Janson was a photographer for most of her working life. She had her own studio in Fjugesta, Västernärke.

Sophie Janson grew up at Övre Damsäter farm in Axberg parish, north of Örebro. Her father, Carl Jansson, was not only a farmer but also held important local posts such as district judge and county councillor. Her mother, Anna, gave birth to fifteen children, eight of whom survived into school-age. All but one of Sophie Janson’s siblings were girls.

Sophie Janson’s childhood home benefited from cultural influences and several of her sisters were artistically minded. They were brought up understanding the value of working the land, animal husbandry, and handicrafts. Five of the Janson girls never married and remained at the farm. Sophie Janson was an energetic individual who was also a bit of a bookworm. She attained top marks on graduating from public school in Axberg. She apparently claimed that she hadn’t the least intention of becoming a cook or a maid. Once, at a Christmas party she attended during her younger years, she met a girl who was a photographer in Örebro and who earned a decent living from it. This may have inspired Sophie Janson’s own entrepreneurial spirit.

When she was eighteen Sophie Janson began attending business college in Örebro, where she contemplated potential careers for women, such as being a copyist. A few years later she became an apprentice of Rudolf Petterson, a photographer who was based in Ljungbyhed, Scania, not far from a military exercise zone. Sophie Janson learned how to work in a darkroom, how to develop negatives, and studio work as well as frequently taking photographs of soldiers. In 1896 she continued her training with Axel Barr in Örebro, who had recently set up shop in his hometown after himself training in Stockholm.

In 1900 Sophie Janson made her way to a more well-established company where she studied with Bernhard Hakelier, a photographer who was markedly her senior. He had come to Örebro from Courland in the early 1870s and in 1880 he had been appointed photographer to the royal court. Sophie Janson worked for Hakelier as a copyist, retoucher, and a portrait photographer. She also learned about landscape photography. Hakelier was a strict, albeit generous, teacher. His final judgement of her after she had completed her studies with him was: “[…] she has carried out her duties conscientiously, attentively, diligently, to my satisfaction, and so I can only give her my best recommendations”.

After a few months in 1906 spent with Albin Andersson in Karlskoga and Degerfors Sophie Janson ventured, in 1908, to open her own photography studio, complete with a telephone, at Klostergatan in Örebro. She had taken over the premises from Selma Holmberg, also a photographer. At the same time Sophie Janson also opened a small branch of her business in Fjugesta located within the local ironmonger’s backyard. A few years’ later Sophie Janson decided to focus solely on her Fjugesta photography studio, as the municipality was expanding. In 1912 she transferred her cameras, studio equipment, and backdrops by train to Fjugesta, where she had purchased a home and a larger studio, adjacent to the local petrol pump.

The new railway line through Fjugesta served to connect Örebro to the Värmland railway line and thus became an important artery for the Lekebergslagen iron, forestry, and agricultural industries. Here Sophie Janson was able to generate a stable client base whilst also avoiding the competition in Örebro, with its twelve active photography studios. Emerging industry meant new job opportunities, higher salaries and a population which had the disposable income which allowed for photographic purchases. At the same time, families were also being torn apart as some emigrated, heading to America, whilst others moved to bigger towns within Sweden in search of work. Photographs could serve as a symbolic way to keep family connections alive and to remind people of absent members, albeit in a framed format behind a sheet of glass.

For nearly fifty years Sophie Janson undertook documentary photography in the surrounding Västernärke area. She was not just an indoor studio-based photographer, but purchased a bicycle and travelled around the local area, documenting everything from the poor to the wealthy. John Apelvist, a farmer who had sold his farm and moved to Fjugesta, became a reliable source of support as Sophie Janson expanded her enterprise. A romantic relationship almost developed between Sophie Janson and Carl Nilsson, of Höjen farm in Kräcklinge, but his sister and his housekeeper put a spanner in the works and nothing came of it. Sophie Janson never married.

Sophia Janson followed several generations of locals as they worked, partied, in happiness and sorrow, all through the lens of her camera. She went on long trips around Västernärke. She herself claimed that it was a joy to photograph children and that her bicycle mainly served to transport her from place to place as photographs tended to be taken indoors, at people’s homes. She captured cows and horses in the fields as well as public holidays and even children’s funerals. If the subject of her photograph lacked decent clothing she had a whole wardrobe from which she could lend them suitable apparel. In her twilight years Sophie Janson commented: “Today I would probably be termed a press photographer”. She was one of many pioneers of photography who documented Sweden in the period just after the turn of the twentieth century.

Small businesses such as Klaessons furniture factory flourished in Fjugesta and became nationwide manufacturers. These new ventures needed to advertise and the furniture makers requested pictures for use in their sales catalogues. The area also enjoyed an active club life and Sophie Janson socialised with members of Fjugestasocieteten, including the doctor’s wife, the wife of the veterinarian, and the railway station inspector’s wife. Sophie Janson was an active member of the Red Cross and of Västernärke local history association. She was also active within the church and engaged on behalf of social welfare issues. She was one of the few female business owners and was locally known as ‘Aunt Fiffi’ or the ‘Queen of Fjugesta’.

When Sophie Janson closed up her photography studio in the early 1950s she donated around 50,000 glass negatives to Västernärke local history association. This cultural treasure is now held in Örebro town archives and the material has been catalogued and divided up under a range of themes.

Sophie Janson lived a long life. She never regretted giving up her profession but she did come to miss cycling. Every year she holidayed at a boarding house, albeit without her camera, buying regular postcards instead. When she was 75 years old she had an entirely new house built in Fjugesta which she lived in until she was 94, at which point she moved into Lekebergshemmet. When she turned 105 she became the eldest inhabitant of Örebro county. She listened to classical music, often by Dag Wirén, who was the son of the roller blind company director. She celebrated her 105th birthday with Carl Jan Granquist at Grythyttan. 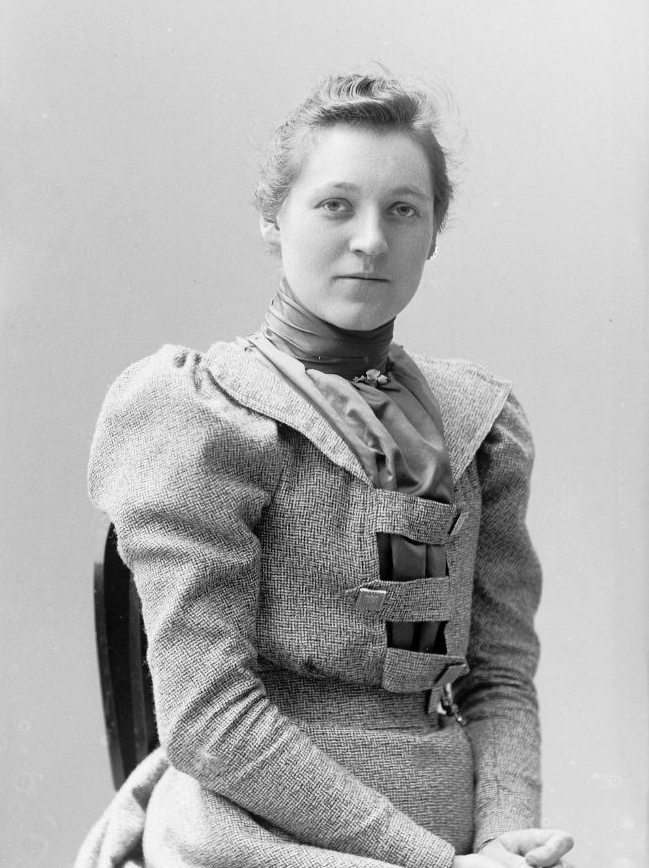