Solveig Nellinge was a publisher, a writer, a translator, and active within the women’s movement. She introduced a bold and influential female voice into what was then a male-dominated branch of the book industry.

She then began a period of studying advertising and retail. A stipend from Sverige-Amerika Stiftelsen (Sweden-America Foundation) enabled her to travel to New York in the autumn of 1965. She then spent six months working at several American publishing houses, including Random House, forming ties and friendships which proved very important to her future career. The following year Solveig Nellinge published a poetry collection entitled Kom låt mig ge dig denna hand.

During the twelve years she spent working at Forum Solveig Nellinge was steadily promoted and eventually became Adam Helms’ right-hand woman. She described this work experience as “the world’s most exclusive publishing university”. Indeed, the position of women within the book industry formed the subject of Solveig Nellinge’s various lectures and talks. She championed opportunities for female academics with qualifications in the humanities to make a career for themselves in the publishing world and emphasised the importance of supporting women’s output and writing. Solveig Nellinge was herself a talented writer and her knowledge of the English language and literature were well suited to the advertising needs for Forum’s international book sales. She also frequently wrote for Swedish, Scandinavian and British trade magazines. During the 1964–1968 period she was a member of the board of Stockholms försäljnings- och reklamförening (sales and advertising association) and from 1966–1968 of Svenska Reklamförbundet.

Some of Solveig Nellinge’s and Adam Helms’ contributions include the jubilee publication Forumbiblioteket i sitt tjugonde år: en presentation av 112 titlar and five years later Forumbiblioteket: en bok om 140 böcker och 94 författare. In 1964 she also assisted in the publication of Doris Lessing’s The Golden Notebook which, according to Solveig Nellinge, was the “start of the overseas confessional literature genre”. Doris Lessing visited Stockholm just as the premiere performance of her play Tiger was held at Uppsala city theatre. Solveig Nellinge was also integral to Forum’s publishing of several female authors, including Charlotte Bingham, Monica Dickens, Nell Dunn, and Edna O’Brien.

In 1967 Solveig Nellinge, with the help of a few younger colleagues, took the initiative of setting up Förlagsklubben which was and remains an important space where those working in publishing can exchange experiences and forge personal connections. Another sphere of Solveig Nellinge’s activities was the international women’s network, Stockholm Tredje Zontaklubb, into which she was elected in 1969. She served as its chair from 1974–1975. The act of setting up and joining networks became very important to her continued career.

Adam Helms retired from Forum in April 1971. Solveig Nellinge followed suit and similarly resigned from Forum shortly thereafter. On 1 May 1971 the pair opened the doors of a new publishing house called Bokförlaget Trevi AB, usually known as Trevi. Doris Lessing and Edna O’Brien also switched to the new publishing house. The new business was aided by free book prices and state funding as well as the emergence of new bookclubs such as Månadens Bok and particularly Bra Böcker, the latter of which proved very important to the Trevi editions and became a long-standing business collaborator.

During the early years of the new business several traditions were established to forge personal contacts between the company and its readers. First and foremost there was Trevipriset, awarded at the company’s annual autumn party at Blå Porten. Invitations were supplied for literary breakfasts with book-sellers and readers. Letters to the bookshop regularly included presentations of books, reviews, and reports from the Frankfurt fairs. Slogans from the 1960s, such as Think Small, were reworked to Small Is Beautiful and Small Publishers Are In and used in advertising campaigns for the publishing house.

During that first autumn Trevi published 16 separate titles in conjunction with Bra Böcker. Five of these were Trevi’s own, including Brännpunkter: mänskligheten inför sitt ödesdecennium, by the environmental polemicist Georg Borgström, and Briefing for a Descent into Hell, the first of a long series of books by Doris Lessing.

1978 became a special year for Solveig Nellinge. Edith Holden’s The Country Diary of an Edwardian Lady, which had been discovered lying in an attic, became a global success. This was followed by the release, that same year, of Marie Cardinal’s Les Mots pour le Dire, which became a cult book. Märta Tikkanen’s poetic novel Århundradets kärlekssaga was also published that year and made her internationally renowned. Towards the end of the year Trevi also published Song of Solomon, which was the first of Toni Morrison’s books to be published in Swedish.

Following Adam Helms’ death in 1980 Solveig Nellinge continued running Trevi for another 17 years whilst also actively engaging with Svenska Bokförläggareföreningen (now Svenska Förläggareföreningen, Swedish Publishers’ Association). However, over the ensuing decade it became increasingly difficult for small and medium-sized publishers to survive within the industry. Despite this, Trevi enjoyed successful years. Doris Lessing visited Sweden three years in a row. The Diary of a Good Neighbour was published in 1985 under a pseudonym and generated major headlines in the press, as did her subsequent books. Trevi released Thomas Wester’s book, Katter, with a foreword by Doris Lessing, and it sold in seven different countries. That same year Lisa Alther’s and Gail Godwin’s novels became the top works in Månadens Bok.

1986 was the Karen Blixen year, when Out of Africa was released, coinciding with Trevi’s 15 year anniversary. Elfriede Jelinek’s first book Die Klavierspielerin was published, followed by Lust in 1989, and Die Ausgesperrten in 1992. Indeed, Jelinek’s writing efforts eventually led to her receiving the Nobel Prize. The position of women within the publishing industry began to change and in 1988 Solveig Nellinge, along with four female heads of publishing houses, founded the quality book club Böckernas Klubb.

A few years later, in 1991, Solveig Nellinge sold her majority shares in Trevi to Bonnierförlagen. She had begun to feel – as sole owner – that bearing the responsibility for all the authors and the futures of all the staff was too heavy a burden. She carried on as head of the publishing house until 1997 when Trevi became an imprint of Forum. The fact that anything can happen with books was confirmed in 1993 when Toni Morrison was awarded the Nobel Prize and her two books Jazz from 1992 and Playing in the Dark from 1993 were reviewed on the same day as the Nobel Prize award became public. All of Toni Morrison’s books were translated into Swedish apart from her 1994 work The Bluest Eye, which was released the following year. The financial significance this had for the company cannot be over-estimated. In 1996 Trevi published around 40 titles with a turnover of about 11 million Swedish kronor and the company never went a year in the red.

Solveig Nellinge’s real feeling for language and intuition with regard to trends combined to make her a successful publisher. The Swedish output at Trevi reflected her personal interests and her sense of what was popular, lifestyles, and careers. This produced many successful authors.

Illness forced Solveig Nellinge to bring her career as head of a publishing house to an early end. She nevertheless retained her company, Serendipity at Barnhusgatan, and she spent her final years working on a consultancy basis as a lecturer and translator. On 1 December 1998 she celebrated her 40th anniversary within the book industry in Operakällaren’s panorama room with many of her friends. Solveig Nellinge died a few days before Christmas that same year. She is buried at Matteus cemetery in Norrköping. 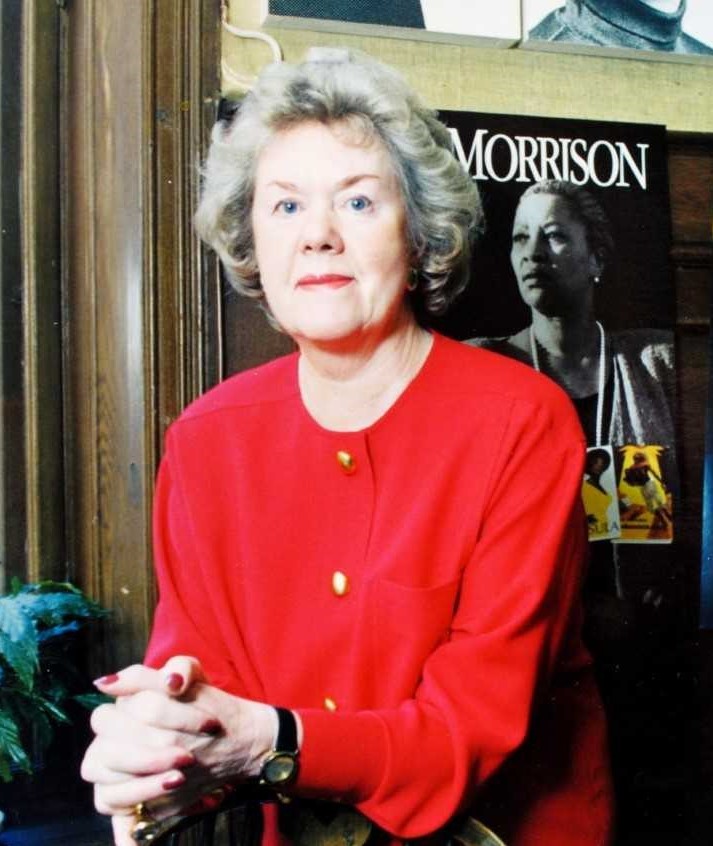