Sigrid Synnergren was one of several textile artists who were involved in developing Swedish sacred textile art during the twentieth century.

Sigrid Birgitta Synnergren was born in Jönköping in 1894. Her parents were Johan Synnergren, a manufacturer, and his wife Johanna, née Eriksson. They had a large family of eight children in which Sigrid Synnergren was the second youngest. When she was 21 years old she began to study at Högre konstindustriella skolan (HSK, now known as Konstfack, college of arts, crafts, and design) in Stockholm. She was a student there from 1915–1918. Once she had completed her studies she then went on several study trips abroad, financed by various stipends.

Sigrid Synnergren’s first significant post was that of principal and artistic director at Åbo weaving and sewing school in 1923. She remained at that school for ten years, until 1933, at which point she returned to Sweden. During her time in Åbo she also produced several textile works for various Finnish churches. One of these was a hautelisse woven antependium for Åbo cathedral in 1927.

Of the nearly 30 applicants for the post of director of Kronoberg county hemslöjdsförening (handicrafts association) in Växjö it was Sigrid Synnergen who was eventually appointed in 1933. This was the main reason for her return to Sweden. During her years working in Växjö she produced not only sacred textiles for various Småland churches but she also created profane textile pieces.

Sigrid Synnergren displayed her works in several international exhibitions throughout the 1930s. Her work had already appeared in 1929 at the World’s Fair in Barcelona where she was awarded a silver medal for her pieces. Her work was also displayed at the World’s Fairs in Brussels in 1935 and in Paris in 1937. She also exhibited her pieces in Åbo during the 1930–1933 period, in Milan in 1933 and in Warsaw and Prague in 1938.

It was probably whilst she was in Växjö that Sigrid Synnergren met fellow textile artist Maja Andersson Wirde, who had returned to her home town in Algutsboda, Småland in 1933 after having spent a few years working as director of the weaving school at Cranbrook Academy of Art in Michigan.

In the early 1900s interest grew in sacred textile art in Sweden. This emerged in tandem with a renewed enthusiasm for the church calendar which in turn led to the reintroduction of the different liturgical colours in Swedish churches. Previously it had been the norm for a church to make do with a single vestment to use on each holy day but during the 1930s and 1940s this changed. Instead, the specific colour scheme of the church year was adopted, thereby generating a need for more church chasubles and antependia. This was what lay behind Sigrid Synnergren’s and Maja Andersson Wirde’s decision to set up their own company, named Södra Sveriges Kyrkliga Textil (SSKT) in 1939. They co-owned the company until Maja Andersson Wirde’s death in 1952. Sigrid Synnergren’s elder sister Helga Synnergren then replaced Maja as co-owner until her own death in 1967. She had already been employed by the company since its inception in 1939, responsible for finances and book-keeping. Following Helga’s death the company was closed down in April 1967.

SSKT comprised two separate studios. Maja Andersson Wirde’s was located in Algutsboda and primarily involved in weaving. Sigrid Synnergren had her studio in Lund, where she had moved in 1939. Initially her studio was in her home at Magle Lilla Kyrkogatan 17, which she shared with her sister Helga until 1942. As the company grew these combined premises of home and studio proved to be too small and the sisters moved to Spolegatan 2 in Lund. The new apartment was large and well-lit and the studio consisted of three rooms, one of which served as a storage space for materials.

Sigrid Synnergren not only wove and embroidered pieces herself but she also, increasingly, dedicated herself to designing patterns for antependia and chasubles. When the company was set up in 1939 three embroiderers were hired for the Lund studio and by 1948 there were ten embroiderers working for SSKT. During the 1940s and the 1950s the company was at its largest, with around 20 individuals working across the two studios.

An important element of SSKT’s activities included holding exhibitions. These not only served as a means to display their output but also to connect with customers. Between 1939 and 1963 SSKT held at least 34 exhibitions themselves and participated in other exhibitions held jointly with other textile art studios. Several of these were held in conjunction with the silversmith Wiven Nilsson, who created sacred silverware.

The studios also produced a range of sacred textiles including altar frontals, antependia, chasubles, and rugs. SSKT mainly produced embroidered pieces, which was Sigrid Synnergren’s specialism. She also dominated the company’s output throughout the years. Not only was she significantly younger than Maja Andersson Wirde and carried on working after her death, but she also produced the majority of the embroidered pieces which became somewhat of an SSKT trademark.

Sigrid Synnergren was very fastidious regarding the quality of her work and always used the best quality material. She produced exclusive pieces which were handmade to the smallest detail. Silk threads were most frequently used, with elements of gold and silver thread. From the mid-1940s onwards Sigrid Synnergren began to design narrative scenes in her embroidery. Previously the motifs had tended towards the decorative. Foliage and plants were particularly prevalent in her patterns during the 1940s and 1950s. Although they still appeared during the 1960s they tended to be in the form of details. During the second half of the 1950s and especially during the 1960s her compositions became increasingly more limited, particularly when she was working on textiles for modern architecture. During the 1960s she increasingly began to use appliqués in combination with embroidery.

The textiles Sigrid Synnergren produced whilst working at SSKT always bore the signature of SBS, which stood for Sigrid Birgitta Synnergren, as well as SSKT. The SSKT signature can still be seen on textile pieces held in more than 800 churches, chapels, and other sacred buildings throughout Sweden. Most of the commissions originated from Lund and Växjö dioceses but products from the studios also made their way to Middle Sweden and Norrland.

Sigrid Synnergren died in Lund in 1986. She was buried in Jönköping’s Östra kyrkogård (Eastern cemetery). She never married and never had any children. Her business archive is now held by Kulturen in Lund, having been donated by Sigrid Synnergren to Kulturen 1982, and is catalogued as “SKS CXXXIII”. The archive comprises photograph albums, till-registers, order books, and newspaper clippings which date throughout the period of SSKT’s existence. 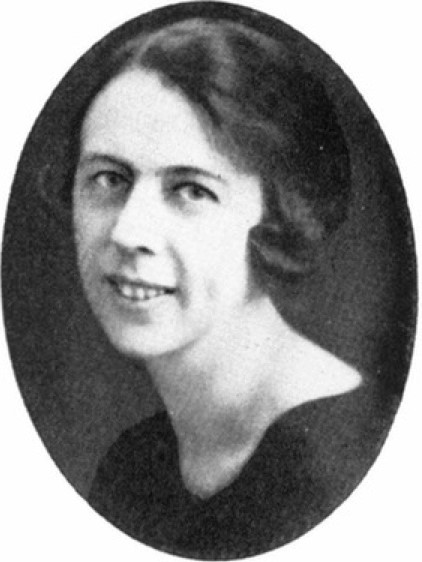