During the 1890s Sigrid Hård af Segerstad began studying at the only horticultural school in Sweden which was accessible to women. It was run by Rudolf Abelin and was located at Norrviken in Östergötland. In 1898 she was awarded a stipend of 300 kronor from Fredrika-Bremer-Förbundet to put towards “advanced training in horticulture”. She probably used this stipend to cover her studies at Swanley Horticultural College in England.

In 1900 Sigrid Hård af Segerstad was involved in setting up Agdatorps kvinnliga trädgårdskola (women’s horticultural school) in Blekinge along with Ida Schmidt. They had probably met each other at Rudolf Abelin’s school. Sigrid Hård af Segerstad seems only to have played a part in the initial stages of Agdatorp school, probably due to receiving yet another stipend from Fredrika-Bremer-Förbundet. The value was 400 kronor this time, intended to cover the cost of a horticultural study trip to Denmark, Germany, and France, primarily regarding produce management through the likes of preserving practices. The stipend had been transferred to Fredrika-Bremer-Förbundet by an anonymous donor who appears to have been aware of the extent of extremely poor horticultural practises in rural Sweden, especially in terms of preserving produce. Germany was considered to be a bastion of such knowledge and the stipend donor believed that learning German methods could be very beneficial to Sweden. It is likely that Sigrid Hård af Segerstad spent time at a major nursery garden during her German study tour. This is revealed by a 1906 article entitled “Kvinnan och trädgårdsodlingen” published in Mitt Hem presenting Sigrid Hård af Segerstad and other horticulturally active women. According to the article she also ran her own nursery garden for a few years and was privately employed as a gardener. In 1906 she was on the board of Föreningen Koloniträdgårdar (allotment garden association) in Stockholm, where Anna Lindhagen was the chair. The previous year, in 1905, they had each published a book on the subject of allotment gardens. According to a review in the journal Dagny these books were intended to complement each other and were recommended reading for anyone interested in the topic. Anna Lindhagen had been extensively engaged in promoting allotment gardens in Stockholm and whilst her publication discussed what had been achieved in this sphere Sigrid Hård af Segerstad’s more practical book, Stadsbons täppa: en hjälpreda for trädgårdskolonisering, offered advice on both plant types and cultivation methods as well as pest management.

Despite her engagements Sigrid Hård af Segerstad seems to have maintained contact with Ida Schmidt and Agdatorp horticultural school. In 1906 she wrote a detailed article about the school and Ida Schmidt for Mitt Hem in which she expressed how difficult it was to persuade those of lesser means to make use of the training on offer, despite the existence of a few free student places funded by the county rural society. Sigrid Hård af Segerstad believed that a solution to this could be to take the instruction to rural women. Indeed, from that time until the mid-1900s, rural societies began to devote themselves to precisely this type of outreach educational enterprise, which Sigrid Hård af Segerstad had championed in a couple of articles published in the 1905–1906 period. 1910 became somewhat of a pivotal moment within Blekinge county rural society in terms of their horticulturally-related educational enterprise. A horticultural consultant named Peter Linde began to run horticultural and preserving courses aimed at the “general public”. This was the last year that Agdatorps kvinnliga trädgårdsskola received funding from the rural society, leading to that school’s demise the same year.

The issue of the suitability of a horticultural career for women and whether they could access training was the focus of a lot of discussion around the turn of the twentieth century, in women’s and in horticultural publications. Sigrid Hård af Segerstad played her part by publishing articles. A recurring argument against women’s involvement in this sphere was that they were physically too weak. The Agdatorp pupils had to engage in all sorts of work, including heavy labour such as digging, creating seed-beds, and watering which meant that it was important to be in good physical shape. Sigrid Hård af Segerstad emphasised that although this type of work increased physical strength, those who wanted to begin a horticultural career nevertheless had to be in good form from the outset.

Another oft-repeated viewpoint was that women were better suited to caring for their own home gardens rather than taking on major horticultural sites. Sigrid Hård af Segerstad did believe that becoming a “hemträdgårdsmästare”, namely running home gardens in which plants were grown to supply a household’s needs, was indeed very suitable for women as they could then delegate the tasks according to their own strengths. She felt that this was undeniably what was best suited to female gardeners and this was how she wanted to see all Swedish women engage. She points out in her 1906 “Kvinnan som trädgårdsodlare” article in Mitt Hem that gardening work was not just demanding but also enjoyable, invigorating, strengthening and happiness-inducing. She may have been influenced by Frances Wachtmeister and her 1904 book Eget Hem: De ogifta kvinnornas egna-hems fråga in which the Agdatorp school was mentioned and in which individual small-scale gardening is presented as a way for unmarried women to become independent and self-sufficient. Sigrid Hård af Segerstad presumably believed that “our strong, clever rural girls” would have the energy to undertake a horticultural career but that the problem was that women often did not have the opportunity to choose between different posts and were instead forced to accept whatever was on offer. This meant that they often ended up working in smaller gardens where they were required to perform all duties, including the hard labour. As Sigrid Hård af Segerstad pointed out, when a woman progressed far enough to take on a head gardener’s position the situation differed, as in that case the hard grafting passed onto others.

In 1905 Sigrid Hård af Segerstad gained employment at the Percy F. Luck preserving factory in Stockholm, an appropriate job given her preserving studies in Germany. From 1919 onwards she ran the factory. In 1925, following 20 years’ service, she along with four other female colleagues at the factory were awarded the Royal Patriotic Society gold medal of the third degree.

In 1955 Sigrid Hård af Segerstad wrote a letter to a relative from Ängsudden, Nynäshamn in which she revealed that she was staying with a woman called Lydia at Torö and that Lydia was a truly good friend with whom she had lived with for more than 20 years.

Sigrid Hård af Segerstad died in May 1964. She is buried at Norra begravningsplatsen (the Northern cemetery) in Solna. 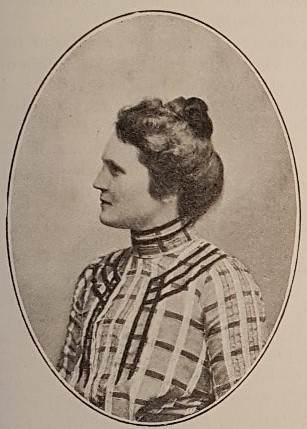