Signe Hvistendahl was an artist. She belonged to the first of the-called Gothenburg Colourists group, and was one of those to take the initiative to starting the art society Spiran in Gothenburg.

Signe Hvistendahl had married Jean Eriksson in 1900. They had two sons, Carsten, born in 1901 and Bror, born in 1904. The couple shared their interest in contemporary art. They bought art and opened their home to artistic social life. Among their friends were many artists and art collectors such as Märta Taube-Ivarsson, Ivan Ivarson, Charlotte Mannheimer, Gösta Sandels, Ragnar Sandberg and Conrad Pineus.

Her own interest in art led Signe Hvistendahl to start painting. She was first influenced by the Norwegian illustrator and painter Erik Werenskiold and also Norway’s most eminent artist, Edvard Munch. In the summer of 1916, the family rented a large house on Koön near Marstrand and there she painted her first landscape. She then started taking private lessons in painting for Sigfrid Ullman.

In 1917, Signe Hvistendahl was accepted at the art college Valands målarskola in Gothenburg (nowadays HDK-Valand), where she studied for three years for the modernist Birger Simonsson, the realistic painter Carl Ryd, and Tor Bjurström. The latter inspired his pupils by teaching them the expressionist colour doctrine of Matisse. These pupils later came to be called the Gothenburg Colourists, of whom Signe Hvistendahl was one of the first. In the spring of 1922, she travelled to Paris where she painted for Henrik Sørensen.

During a long period, from 1919 until 1938, the family spent their summers at Dovrefjäll in Norway. There Signe Hvistendahl painted the majority of her landscapes. The critics were positive. She also did genre paintings of the people from that district. Her first exhibition was at the gallery Ny konst in Gothenburg in 1923. The year after, she showed about fifty canvases at Blomqvist Kunsthandel in Oslo. Signe Hvistendahl had an intensive and significant painting period between 1916 and 1925. Apart from landscapes, she also painted city views and portraits. For her flower still lifes, she most often sought inspiration at the garden society park in Gothenburg: Trädgårdsförening.

Karin Leman and Signe Hvistendahl together took the initiative to starting Gothenburg’s first art society, Spiran, in October 1927. The society, still active today, is only open to women members and has as its aim to promote contemporary art. It also aims to awaken interest and understanding for modern West Swedish art and to support young, aspiring Gothenburg artists. The society acquired early on the support of the Gothenburg Art Museum and its curator at that time, Professor Axel Romdahl, and the members’ annual subscription went totally to the purchase of works of art.

The years 1935—1943 also constitute an important painting period for Signe Hvistendahl. She was relatively unknown beyond a small group of Gothenburg citizens and friends in Stockholm. Thanks to Gösta Olson, the owner and director of the Swedish-French art gallery in Stockholm, she was able to have her first separate exhibition there in January 1941. The year after she had a retrospective exhibition at the Gothenburg Art Museum with Märta Taube-Ivarsson. Signe Hvistendahl contributed 164 paintings and drawings on that occasion.

Signe Hvistendahl is currently represented at Moderna Museet in Stockholm, the Gothenburg Art Museum, the Gothenburg City Museum, the Malmö Art Museum and the County Museum in Gävleborg. After her death, a number of posthumous exhibitions were organised. In 1949, a memorial exhibition for her was held, first at the gallery Gummesons konstsalong in Stockholm and the year after at Gothenburg konsthall. There, 256 of her works were shown. The same year, the art society Falbygdens konstförening organised an exhibition in Falköping. Apart from Signe Hvistendahl’s paintings, works by Gordon Macfie and Carsten Hvistendahl were also shown. Her elder son thus followed in his mother’s footsteps. One further exhibition took place at the Swedish Trade Fair’s art salon in Gothenburg in 1970.

Signe Hvistendahl died in 1943. She is buried in the Eastern Cemetery in Gothenburg. 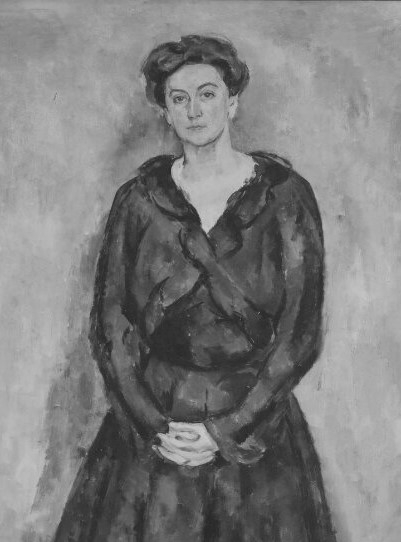