Regina Kylberg was a drawer and water-colour painter with an unfailing sense of style.

Regina Sofia Kylberg was born in 1843, the youngest of fourteen children. Her father, Lars Vilhelm Kylberg and his wife Maria Elisabet, née Ahlborg, lived at Såtenäs in the parish of Tun, in what was then the province of Skaraborg. It was an estate that they had run for about twenty years before Regina’s birth. Of the fourteen children, several were to dedicate themselves to artistic enterprises in one way or another. Despite their strict and disciplined upbringing, their father encouraged the children to develop their artistic gifts. He himself was well known for his caricatures and drawings. He took the children with him into the countryside around Såtenäs and more or less ordered them to draw and paint certain motifs. A pencil drawing signed ”R K 11 år” can be seen at the Västergötland Museum in Skara.

Regina Kylberg had an obvious talent for drawing. She drew diligently in the diaries that she kept during journeys in Sweden with the family. In 1868–1869 she travelled around in Norway and there she did drawings and painted watercolours. She returned to Norway in 1874–1875 and contributed a watercolour to the Konstakademien exhibition in Stockholm in 1875. According to one source, Regina Kylberg studied with Per Daniel Holm, a professor of landscape painting at Konstakademien in Stockholm in the mid-1870s, but her name is not to be found in any of the documentation on pupils from that time. The documentation must either have disappeared or else she studied as a private pupil and was therefore not actually enrolled at Konstakademien. It is however established that Regina Kylberg did stay in Stockholm and there received her first proper lessons in drawing and painting at the age of over 30.

That was a revolutionary time in Swedish art, a breaking-point between the traditional way of painting and the new: French landscape art, open-air painting. Professor Holm was himself trained in the old style but went over more and more to the new way of looking at and depicting nature. Regina Kylberg was a dedicated student who absorbed the freedom of open-air painting and the opportunity of being out in nature to paint it, instead of painting indoors in an atelier. Open-air painting also involved another colour scale, lighter and brighter, which suited her well, since she was developing her watercolour technique. Many Scandinavian artists travelled to France to participate in these new impulses and several of them won success at the famous Salon.

Regina Kylberg travelled to Paris in 1878, and apart from copying the works of famous masters in the Louvre, she painted her own watercolours. She made excursions into the countryside around Paris and visited many exhibitions. The trip to Paris may be described as a preparation for her long journey, which was to Italy. In the company of her sister Gabriella, called Ellen, she travelled to Rome in 1880–1883. They had Rome as their base, but visited several other parts of the country as well. Thanks to the sisters’ diary, we know a fair amount about their time in Italy, although the diary did not start being written until a year after their arrival. It was published in 1981. It is richly illustrated by Regina Kylberg, with both pencil drawings and watercolours. During their stay in Italy, Regina Kylberg’s talent for colours, light and figures developed. She painted ”ordinary” people doing ordinary daily activities, often in traditional costumes. Her production from the journey was extensive and almost a hundred paintings are to be found in the collections of the Västergötland Museum. The diary does not reveal much about the artist Regina Kylberg, but we get to know that she painted almost every day, out of doors when the weather permitted. Occasionally it is mentioned that she sent paintings to Sweden for sale. On the other hand, the diary tells us a great deal about the sisters’ social life, with visits, household tasks and walks.

At that time, Rome’s greatest period as an artistic centre was over. Everyone’s gaze was directed at Paris. Many considered that there was nothing new to discover in Rome, no modern museum and no exhibitions to speak of. The cultural climate there was retrospective, focused on the architecture and the renaissance masters, while in Paris people wanted to be ”au courant” with the latest. Regina Kylberg had certainly absorbed the quick ease, freedom and airy expressiveness of open-air painting and watercolours, but she was no innovator in the Swedish art world. She belonged to the classical/romantic school that sought its motifs among architecture, ruins and landscapes basking in the sunlight. Her paintings do not give the impression of life and movement, but rather radiate peace. The people in them look as though they have stopped in mid-movement in classical harmony, their faces at rest. All her pictures are however painted with a modern, fresh colour scheme. She displays great awareness of harmonious colour combinations and for this she received many appreciative comments, from the Swedish artist and art professor Georg von Rosen among others. She also displayed great knowledge when it came to composing pictures. Her drawings and paintings show how skilled and driven she was, both when it came to pencil drawings and watercolour paintings.

In 1887, at the age of 44, Regina Kylberg married Karl Josef Bobeck, a senior clergyman. Thereafter she signed her works Regina Kylberg-Bobeck. The couple lived at the Tun vicarage in the province of Skaraborg. They had no children. Despite her duties as a clergyman’s wife, Regina Kylberg continued with her work as an artist. She continued travelling, mainly to Norway several times in the 1880s and 1890s. Her greatest artistic success was the solo exhibition she had at the Swedish art society Sveriges Allmänna Konstförening in Stockholm in 1903. There she showed more than 160 works.

That Regina Kylberg is relatively unknown as an artist may partly be because she was not dependent upon an income from her art. She did not sell very much, and most of her works were privately owned. Another was the times in which she was active, in which established male artists, like for example Carl Larsson, actively opposed the acceptance of women at Konstakademien in Stockholm. Regina Kylberg seems to have painted mainly for her own pleasure, even though she did sell some works and showed her art at some exhibitions. Since 2010, her works have been sold via some of the more important auctioneers and she is represented in several museums. The so-called Rome portfolio, more than 100 pictures, was willed to the Västergötland Museum in Skara and about 100 paintings were willed to the parish of Tun by Regina Kylberg’s stepdaughter Ester Bobeck.

Regina Kylberg died at Tun Vicarage in November 1913, at 70 years of age. 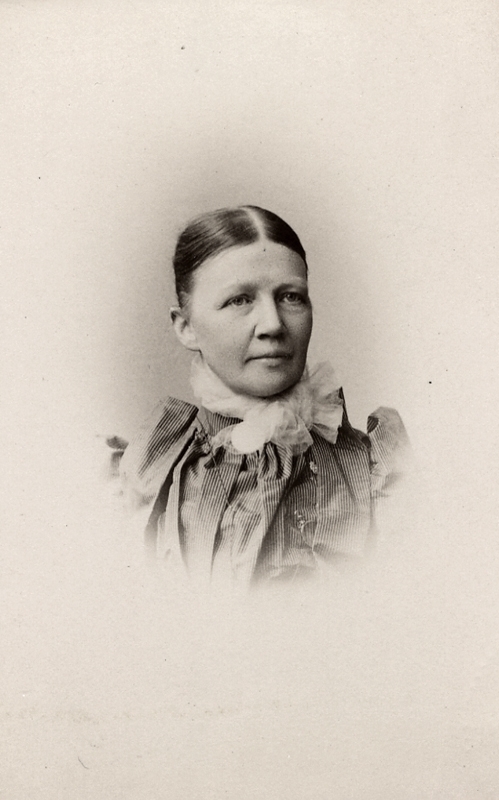