Pauline Westdahl was one of the female pioneers of the Swedish Church revivalist movement. She was also an author, a translator and a general correspondent.

Eleonora Polynetta Emilia Westdahl, known as Pauline, was born at Krantbro Herrgård in Istorp parish, Västergötland, in 1810. She was the daughter of Count Polycarpus Cronhielm, Master of the Chase, and Anna Margareta Maria Edenhielm. She had five siblings. Both of her parents died the same year that Pauline was born and so she was brought up by relatives in Gothenburg and in Jönköping. She received what, at that time, was considered a comprehensive education for women in literature and languages.

Whilst she was in Jönköping she came to know the journalist Wendela Hebbe. They stayed in contact during most of their lives through regular correspondence. Pauline Westdahl wrote poetry which came to the attention of Esaias Tegnér who encouraged her in these pursuits. She was also captivated by the priest Peter Wieselgren and his missionary activities in promoting sobriety as a social revivalist movement. It was thanks to him that she began to use her writing skills to champion sobriety. However, Pauline Westdahl made a not infrequent use of pseudonyms and this has made it difficult to determine just how much she actually wrote. In addition to her friendship with Wendela Hebbe and her acquaintanceship with Esaias Tegnér and Peter Wieselgren, Pauline Westdahl was also in contact with the priest and missionary Peter Fjellstedt. Further, she also corresponded with Betty Ehrenborg-Posse and Princess Eugénie.

In 1835 Pauline Westdahl married the pastor and preacher to the Swedish royal court Carl Magnus Westdahl and they had six children together. The couple were both involved in the revivalist movement in the capital city and they founded a sobriety association. Sobriety was a subject that engaged Pauline Westdahl throughout her life. She also ran a Bible depot set up by the Bible society in Jönköping.

When her husband got a new job the family moved away from Jönköping and following his death Pauline Westdahl lived in Stockholm. As the widow of a priest she received an annual pension of barely 200 Swedish kronor and thus was forced to find a way to provide for herself and her family. As part of this she let out rooms, translated texts, and continued to publish her own texts. She published her debut novel, Rosor och törnen. 1, De fyra önskningarne: berättelse, as late as 1873. Two years later the sequel, Rosor och törnen. 2, Margareta Kling eller En ros vid vägen, was published.

In 1879 Pauline Westdahl moved to Visseltofta in Scania where her daughter Ellen von Tretow was already living. During her time in Scania she wrote a children’s fairytale entitled Ett treblad för julen. 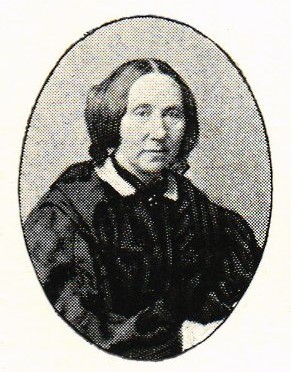