Olga Segerberg was a photographer and an activist in the National Association for Women’s Suffrage.

Olga Segerberg was born in 1868 in Stenstorp, the youngest of five children. Their parents were landowners. Both her brothers emigrated to America but her two sisters remained in Sweden. Her elder sister Malvina married the photographer Olof Andersson from Arvika in 1884.

In 1890, Olga Segerberg and their parents also moved to Arvika. Two years later, in 1892, she moved to Karlskrona where she started her own photography atelier. In 1895, she returned to Arvika where she continued to work with photography, and when her brother-in-law Olof Andersson died in 1901, Olga Segerberg took over his atelier. She also had branches in Charlottenberg, Åmotfors, Trossnäs and Färgelanda. In 1935, she took over a second atelier in Arvika that had previously been run by the photographer A. Rydberg.

Olga Segerberg was active in the National Association for Women’s Suffrage (LKPR) and was the chairwoman in the Arvika local branch. In Färgelanda, she opened her studio for meetings of the local branch there. They held meetings every other Monday and did handwork to be sold in aid of their activities.

Olga Segerberg never married, but adopted a girl from Stockholm, Margareta, born in 1909. In Arvika, Olga Segerberg lived with Brita Crona from Karlskrona. Brita Crona worked partly as a photography assistant, but was a nurse and childcare inspector who sat in the municipal council in 1918–1922. She was also engaged in the suffrage issue and wrote in the LKPR magazine Rösträtt för Kvinnor under the signature “Cronan”. Brita Crona was awarded the Kungliga Patriotiska sällskapets medal in 1939.

Olga Segerberg and Brita Crona died the same year, in 1951, and they lie buried in Arvika cemetery. 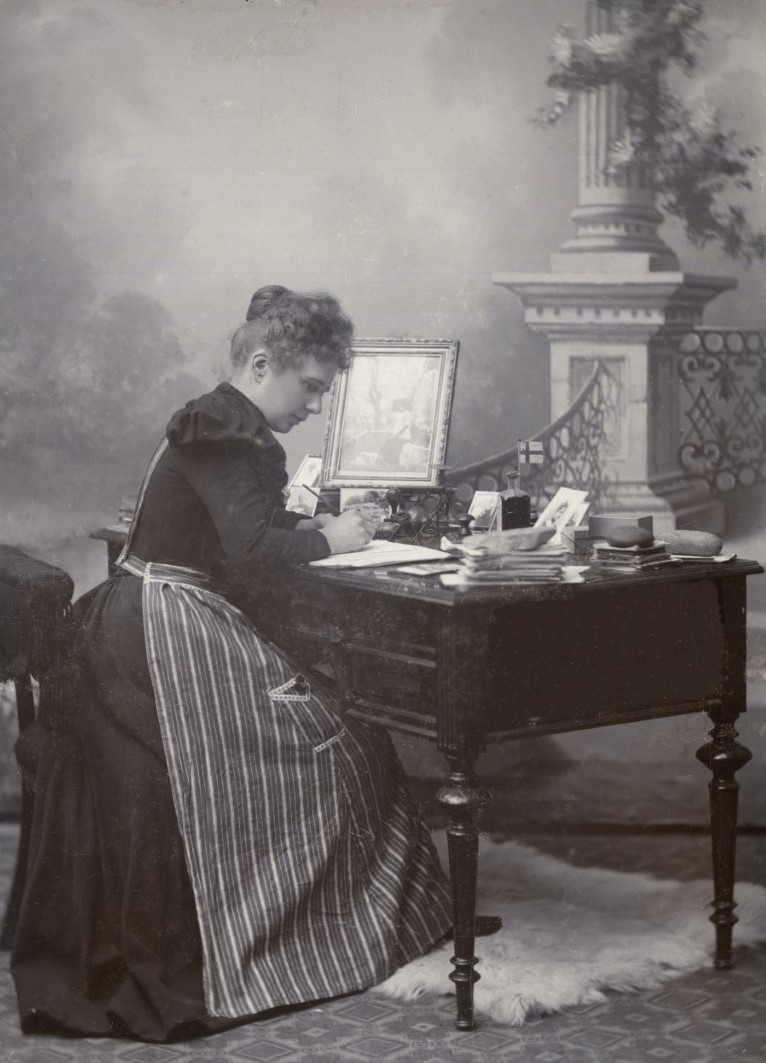