Martina Bergman-Österberg set up the first physical education teacher training programme for women in England. She thereby created a new profession for women in the British labour market.

Martina Bergman-Österberg was born in Hammarlunda parish of Malmöhus county in 1894. Her parents, Carl Bergman and Fredrique Elisabeth (Betty) Lundgren, were farmers. She grew up with five siblings, two brothers and three sisters. It is likely that she came from a well-to-do home as she seems to have received a good education, even including language studies in Switzerland. From a young age, she is said to have displayed a good head for enterprise and an unwillingness to conform to the conventions of her time with regard to which pastimes were considered suitable for girls. She also actively campaigned on behalf of women’s rights and opportunities to have a career throughout her life.

However, Martina Bergman-Österberg’s first contact with physiotherapy did not come through GCI. According to the sources it was her contact with physiotherapist Major Thure Brandt’s gynaecological massage that first introduced her to the field. This form of treatment became popular in the 1870s and quickly gained global acclaim. Major Thure Brandt was a student at GCI but also had an own clinic in Stockholm. It is unclear whether Martina Bergman-Österberg worked with Thure Brandt or whether she had her own surgery where she practised this form of treatment.

One reason that Martina Bergman-Österberg resigned was that her ambitions went further than merely training female adult education school teachers in physical education. She wanted physical education to become a discrete specialism. Three years earlier, in 1885, she had already acquired a large property in Hampstead. This school was named the Hampstead Physical Training College and Gymnasium (HPTC). As GCI served as the role model for this school, students were also taught physiotherapy. Although the main source of employment for students at HPTC was within education and training, it was not unusual for some to become employed at hospitals or to open their own clinics. Martina Bergman-Österberg also ran a successful physiotherapy clinic in conjunction with the school, which probably gave her a lot of added financial support.

Martina Bergman-Österberg made good use of the network of contacts she had built up within the London elite to undertake her work. She collaborated with other GCI students who lived in London, of which Allan Broman was the most influential. He had established himself as a physiotherapist but also found success when he introduced GCI’s physical training to the British navy. Allan Broman later went on to marry Martina Bergman-Österberg’s younger sister Anna Bergman, who had also graduated from GCI and moved to London.

Martina Bergman-Österberg is uniformly described as somewhat of an iron lady who left a major impact on her surroundings. She was a strict perfectionist who was extremely demanding of her students. Not just anyone was accepted into Dartford. The selection process was taxing and many did not succeed. Martina Bergman-Österberg was reputedly even known as “Napoleon”. According to her niece, Anna Broman, who was also a teacher at Dartford College, Martina Bergman-Österberg once said to her students that “no student of mine ever says ‘I cannot’. The day may come when you feel nervous. Remember then that you are one of Madame Österberg’s students and it will be enough to carry you through any situation.” Martina Bergman-Österberg was, like many others were at this time, influenced by social Darwinism and this was also reflected in her strong feminist pathos. She is known to have said: “I try to train my girls to help raise their own sex, and to accelerate the progress of the race; for unless the women are strong, healthy, pure, and true, how can they progress?”

Martina Bergman-Österberg died of cancer in 1915. 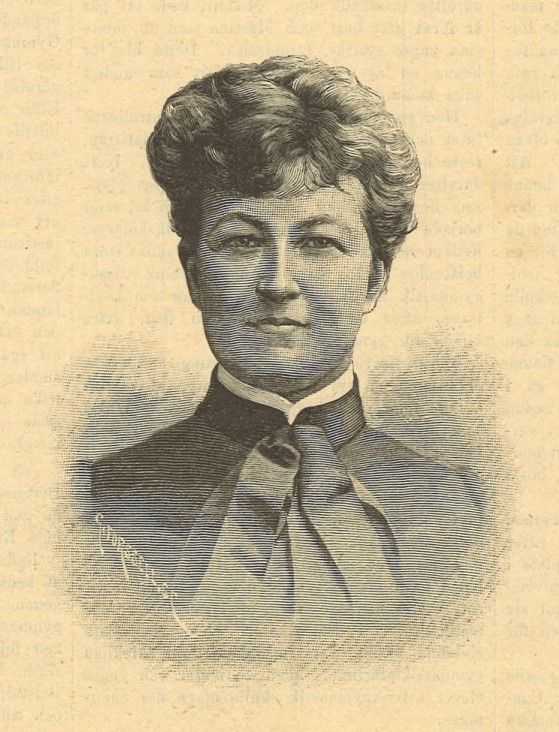