Märta Måås-Fjetterström was an internationally renowned textile artist of the early 1900s.

Märta Måås-Fjetterström was born in Kimstad in Östergötland in 1873. Her family later moved to Vadstena where her father Rudolf Fjetterström was a rural dean. Her mother Livia tended to the family farm and gave birth to eight children. During the period of 1890–1895 Märta Måås-Fjetterström studied at the Högre konstindustriella skolan (school of arts, crafts and design), along with friends such as Annie Frykholm, the author and illustrator Elsa Beskow, the sculptor Gerda Sprinchorn, and the handicrafter and entrepreneur Clara Hahr. They remained lifelong friends.

Upon completing her training Märta Måås-Fjetterström spent a few years working as a teacher, including at Tekniska skolan (the technical school) in Jönköping whilst simultaneously developing her own textile work. In 1900 she exhibited her first woven pieces, Snövit och de sju dvärgarna and Sven i Rosengård, to mixed reception.

In 1902 Märta Måås-Fjetterström accepted the invitation to take up a position as a technical instructor at Kulturhistoriska föreningens vävskola (cultural history association weaving school) in Lund, following repeated requests from its director Georg Karlin. It was there that she deepened her interest in Scanian textile traditions. However, Märta Måås-Fjetterström, who added the extra surname of Måås to her name while she was in Lund, never settled working for Karlin. When she was headhunted, in 1905, for the post of director of Malmöhus region’s handicrafts association’s warehouse she accepted the proposal. This was a newly established association and she had great freedom in running the enterprise. However, she resigned six years later following disputes with other members of the board, particularly with Henriette Coyet at Torup castle, who felt that Märta Måås-Fjetterström was not attentive enough towards the board’s directions. A couple of the members of the board resigned in protest against her resignation.

In 1913 Märta Måås-Fjetterström gained employment with the textile legend Lilli Zickerman, director of the Svensk Hemslöjd weaving school in Vittsjö. There she developed new modern designs and pile rugs such as Örtagården, Hjorthagen, and Ordspråksmattan. She worked there until 1919 at which point she opened her own business, a weaving studio in Båstad.

From the point that she opened her own workshop Märta Måås-Fjetterström’s career continued on a directly upward trajectory and she achieved her great breakthrough in 1934 through a solo exhibition at Liljevalch art gallery in Stockholm. Many of her classic rugs, such as Röda trädgårdsmattan, Bruna heden, Hästhagen, and Ängarna, emerged during the 1930s. She began a fruitful collaboration with Carl Malmsten, an interior decorator and furniture designer, and together they worked on many of the bourgeoisie’s private furnishings, but also on public spaces such as the Swedish institute in Rome and Ulriksdal castle. Märta Måås-Fjetterström’s rugs also adorn several Swedish embassies, Verner von Heidenstam’s Övralid, the head office of Handelsbanken, the board room at the Bonnier publishing house, and the room of the chair of the Supreme Court. She was also closely engaged in sacred art and wove a range of antepedia and rugs for church naves.

During the early 1900s Märta Måås-Fjetterström was the most prominent proponent of Swedish textile art, albeit she shared the spotlight with artists such as Elsa Gullberg, Maja Sjöström, and Carin Wästberg. Her artistry was inspired by a variety of sources, including the British Arts and Crafts movement, by Oriental designs, and by folkloric tradition. Since her debut in 1900 in Stockholm her work has been exhibited at museums such as the Metropolitan Museum of Art in New York, the Victoria and Albert Museum in London, and the Musée des Arts décoratifs in Paris. The exclusive weaving studio that she opened at Båstad in 1919 is still in use (2017) and it still produces Märta Måås-Fjetterström designs.

Not much is known of Märta Måås-Fjetterström’s private life and she left no personal archive behind. She never married and never had children. However, she and her siblings maintained lifelong relationships and she also had several close friendships. She was closest to her older sister Kerstin and her youngest sister Ebba. One of her friends, the artist Tyra Lundgren, wrote a book entitled Märta Måås-Fjetterström och väv-ateljén i Båstad, in which she stated that Märta Måås-Fjetterström’s closest friend was the textile artist Annie Frykholm. 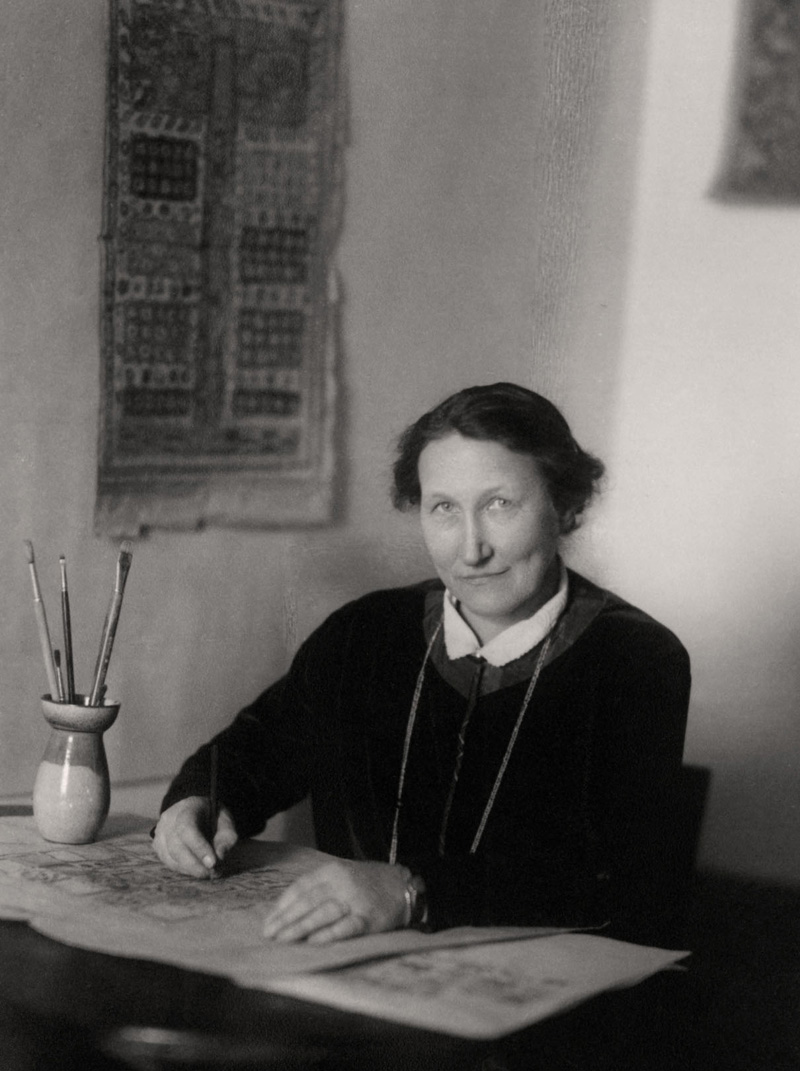