Märta Jörgensen was an important figure within the Swedish dress reform movement around the turn of the previous century. She founded Svenska Kvinnliga Nationaldräktsföreningen (Swedish women’s national dress association) and she was also the creator of Sverigedräkten (Swedish national costume).

Märta Jörgensen was the daughter of Emil Pettersson, a wholesale merchant in Norrköping, and his wife Zelma Lundgren. After completing eight years of schooling at Norrköping nya läroverk för flickor (a girls’ school also known as Pihlska skolan) Märta Jörgensen then travelled to Finland where she spent some time at Kumo farm working as a governess for the Knorring family. Upon returning to Sweden Märta Jörgensen received stipends from Fredrika-Bremer-Förbundet which enabled her to begin horticultural studies at Adelsnäs horticultural school. After she had completing her studies there she was taken on as an apprentice by Nils Jörgensen, horticultural director at Tullgarn castle.

The then Crown Princess, Victoria, had decided that all the female employees at Tullgarn castle should wear a particular Tullgarn costume, inspired by traditional dress from Österåker. Märta Jörgensen very quickly realised that it was much easier to carry out her work duties whilst wearing a proper bodice and a practical skirt rather than the tightly pulled corset and a dress with a long train, as was fashionable at the time. In 1901 Märta Jörgensen sent an article to the Norrköpings Tidningar newspaper in which she questioned whether creating a type of national costume might be the answer to Swedish women’s suffering caused by clothing that had deleterious effects on their health and slavishly followed foreign fashion.

Märta Jörgensen was heavily influenced by national romanticism which was trending at the time and wanted the new national costume to be made of simpler material and in a simpler cut. It should be better suited to the Swedish temperament. She believed that Swedish women had adopted an artificial foreign style. Colours and clothing shapes had been borrowed from beyond Sweden and were not adapted to Swedish conditions and therefore were not well-suited to Sweden’s “freedom-loving women”. However, were they to wear their own national dress not only could they display their love for their local area but also help to safeguard a traditional dress legacy which was on the verge of being permanently lost.

In 1901 Märta Jörgensen moved to Falun in order to teach horticultural studies for the local public school teacher-training programme. The following year she set up Svenska Kvinnliga Nationaldräktsförening in Falun, aiming to “achieve freedom from the dominant foreign fashion through the introduction of national dress for Swedish women” as noted in the association statutes. Märta Jörgensen’s reasoning regarding the importance of dressing in a manner representing one’s nationality was expounded in a short publication entitled Något om bruket af nationaldräkter published in 1903. By that time she had already produced two template versions, an everyday costume and a costume for use on national holidays which she considered both fit for purpose and becoming, which would help to strengthen national feeling in those wearing the costumes. The blue skirt, yellow apron, red bodice, and white top of the costume for national holidays was particularly intended to direct one’s mind towards the fatherland. She had taken great care in choosing the colour scheme: blue, yellow, red, and white were the national colours of the Swedish-Norwegian union and thus reflected the union symbol used on Swedish flags until the dissolution of the union in 1905.

In 1902 Märta Jörgensen married Georg Jörgensen, son of the horticultural director at Tullgarn castle. Georg was a municipal gardener in Falun. Although the couple had six children Märta Jörgensen nevertheless continued to teach on the public school teacher-training programme. There she was able to get the female programme attendees to either sew a costume from their own local area or to produce one of the templates put forward by Svenska Kvinnliga Nationaldräktsföreningen. In this way the teacher-training programme came to serve as somewhat of a recruitment base for the association.

Svenska Kvinnliga Nationaldräktsföreningen’s membership seems to have peaked around 1910. At that time there were nearly 220 members, 30 of whom lived in Falun where Märta Jörgensen was active, and nearly as many again in her hometown of Norrköping, where many of her relatives still lived. The remaining members were dispersed across the country, although small pockets of members existed in Hedemora, Leksand, Ludvika and other places in Dalarna. Despite this, Svenska Kvinnliga Nationaldräktsföreningen was a short-lived entity. Things ground to a halt during the First World War and Märta Jörgensen instead focused on other pressing social needs. This included being a member of the local branch of Skyddsvärnet (a non-political humanitarian agency) in Kopparberg county. She continued her patriotic activities after the war ended and during the Second World War she joined Svensk Opposition. This was a national socialist organisation within the nysvensk (New Swedish) movement, a far-right organisation which believed that closer cooperation with Nazi Germany was necessary, that Jews immigration into Sweden should be banned, and that communism should immediately be crushed.

Märta Jörgensen was widowed in 1949. At that time she was living in Morbygden just outside Falun. In 1963 she left the area and went to live with one of her daughters in Örebro, remaining there until her death in 1967. She maintained her belief in the idea of dress reform in the national spirit and far into her twilight years she continued to wear versions of Svenska Kvinnliga Nationaldräktsförening costumes on special occasions. These costumes had, however, become completely forgotten by the wider public. It was not until the so-called ‘green wave’ of the 1970s that interest was revived in her national holiday costume and following Queen Silvia’s appearance wearing that costume on the occasion of the marking of Sweden’s first national day, 6 June 1983, the costume – now named Sverigedräkten – has come to be seen as the official national dress of Sweden. 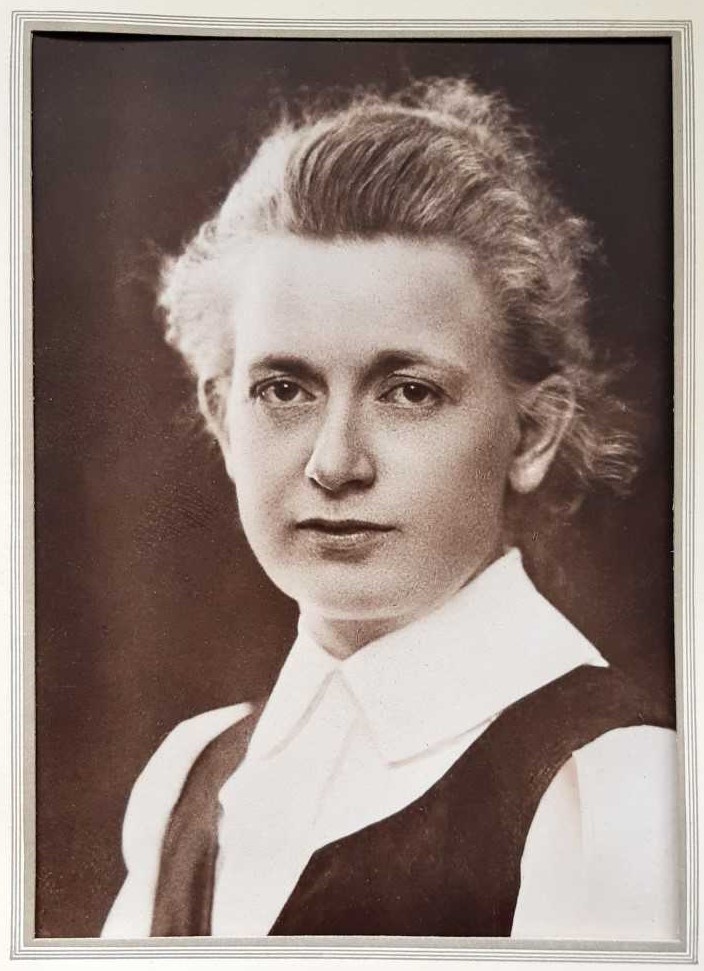