Maria Tesch was a successful portrait photographer who was active in Linköping during the late nineteenth century and the first decades of the twentieth century.

Maria Tesch was born in Eksjö in 1850. She trained as a photographer in Stockholm, where she bought her first camera on credit. She is said to have trained with the well-known photographer Gösta Florman, but if true then it was only for a brief period. Florman became an established photographer in Stockholm in 1871 and Maria Tesch was only in the city for one month during that year, if the information contained within the Tesch family archives is correct. After that visit she then travelled to Germany where she stayed for a month. Later that same year she set herself up as a portrait photographer in Eksjö.

In 1873 Maria Tesch opened her photographic studio on Nygatan 20 in Linköping, moving later to Nygatan 46. She was a successful professional and became a well-known figure within the town, attracting the custom of many people. There are recurring stories about her in personal accounts and newspaper articles: she was a very industrious individual who could also be very demanding where other people were involved; she became wealthy through her hard work and she was very frugal; but she could also be very quietly generous towards the needy.

The financial accounts for Linköping town from the period around 1905 reveal, however, that her income from the photographic studio was the smallest part of Maria Tesch’s income and that in fact most of her earnings came from capital gains. It was said that Maria Tesch was a millionaire and this was revealed to be true after her death. Her estate inventory included a deed of gift which stated that her house should be donated to Föreningen De gamlas hem in Linköping and her studio should be converted into small rental apartments for elderly ladies.

In 1939 Östergötland museum acquired a collection of Maria Tesch’s photographs. This was a donation from her relatives and it included two cameras, a tripod and props from the photographic studio, a painted background depicting a countryside scene, a pillar and a chair. Further, the collection also comprised a display stand, a few portraits which had been used in the display window as examples of her products, a small number of archival accounts, and a collection of negatives.

The collection of negatives totals just over 11,400 portraits which were taken between the years of 1906 and 1916. No negatives survive from the 1873 to 1905 period, which was when Maria Tesch started her business in Linköping. The collection has no records of her negatives or customers but those glass plates which included names and date details have been transferred by Östergötland museum onto inventory sheets which have then been digitised. The collection contains a great variety of portraits, from portraits of individuals to group portraits of more than forty people. It also reveals the gear with which photographic studios were furnished in Maria Tesch’s era, items such as stones, stumps, pedestals and balustrades, as well as painted backgrounds portraying salons, forests, or skies.

In addition to the Maria Tesch collection there are traces of her output in the personal archives and albums which Östergötland museum have in their archive. Linköping diocese and regional library also has a portrait collection which is primarily of notable people from Östergötland. Just over 400 negatives were donated by Maria Tesch herself to the Östgöta collection which the library established in 1917. That same year Maria Tesch closed her photographic business and handed over her studio to Anna Göransson.

Alma Stillström’s book entitled Mitt Linköping, Minnesbilder från slutet av 1800-talet, which is a portrait of an era, notes that Maria Tesch used to call out to her customers as she was about to take a picture: “look happy – think of those who will see it”. It seems to have worked because if you look closely at the portraits in the collection many people can be seen to be smiling in the photographs.

Maria Tesch died in 1936 and she is buried in Gamla kyrkogården (the old cemetery) in Eksjö. 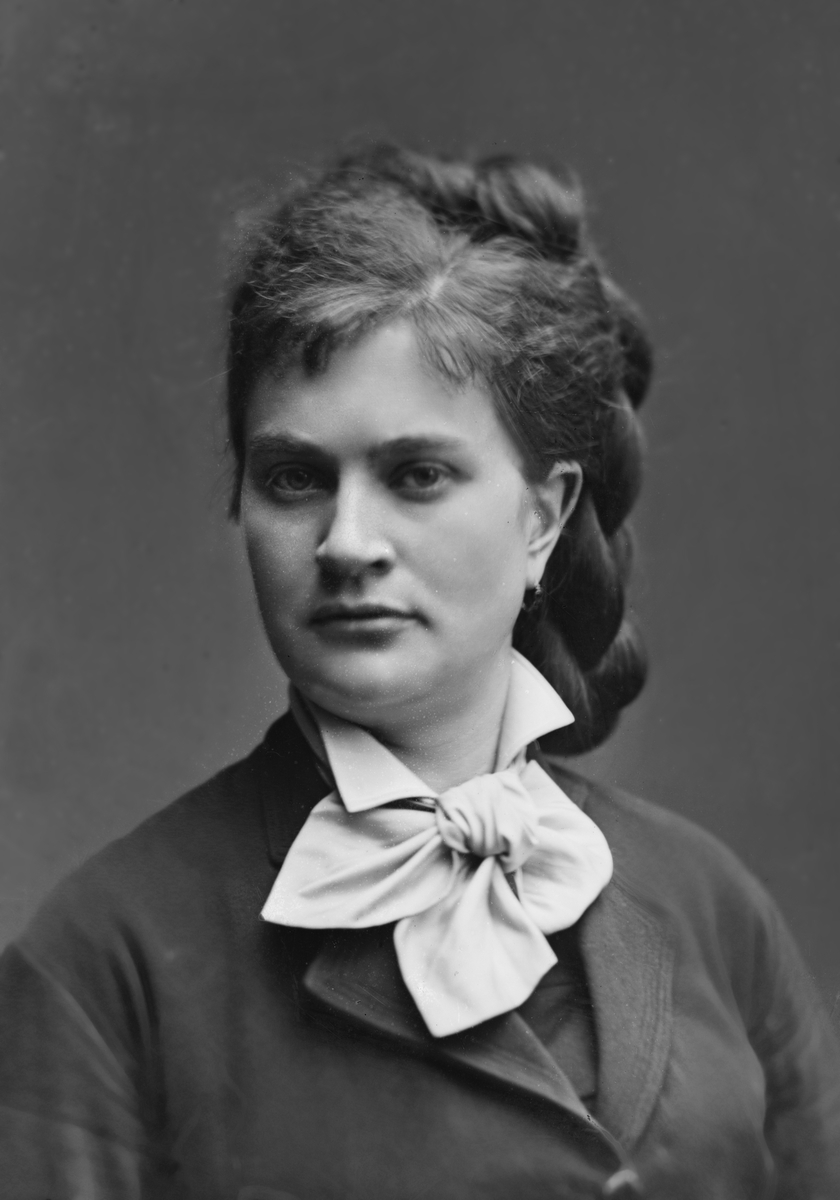