Maria Folkeson was a doctor. She was also the third woman to become qualified as a professional physician in Sweden.

Maria Folkeson was born in Stora Mellösa congregation, Örebro county, in 1863. She was the third of five children born to Helgesta Folke Andersson, a freeholder, and his wife Charlotta, née Johansdotter. Maria Folkeson’s father had only received a basic education which predated the public school reforms. He was nevertheless a gifted man with a thirst for knowledge. For many years he served as a much-loved representative of Lantmannapartiet within the second chamber of the Swedish parliament.

Maria Folkeson’s parents welcomed her own enthusiasm for learning and allowed her to attend school in Örebro and then to study with individual teachers so that she could privately sit the ‘mogenhetsexamen’ (an exam required for further studies) at Karolinska läroverket (now known as Karolinska gymnasiet) in 1883. Maria Folkeson wanted to become a doctor and thus made her way to Uppsala university where, in 1884, she sat her medical-philosophical exam and then, in 1889, enrolled as a medical candidate. Later she emphasised that, although she was often the sole woman amongst male students, she enjoyed the respect of her comrades and was treated as an equal to her male contemporaries by the professoriat.

Maria Folkeson’s parents were God-fearing Baptists. She, being of a serious nature, did not participate in the student social life. Maria Folkeson was one of the founders in 1887 of a sister branch at Uppsala of the Christian sobriety association known as Sveriges Blåbandsförening (later Sveriges Blåbandsförbund). In 1889 she became a member of the federation’s board. In 1888 she had also been one of the instigators behind Studenternas helnyketerhetsförening (students’ sobriety association) in Uppsala.

The new intake of medical students spent a propedeutic year in Uppsala during which they gained an insight into the health service. Maria Folkeson subsequently opted to undertake further studies in Stockholm at Karolinska Institutet. There she was once again by and large the sole woman amongst mainly male students and once again this apparently posed no difficulties for her. Of significant financial benefit were the stipends set up with female medical students as the intended recipients – the Lotten von Kraemer, the misses Hierta, and the Fredrika-Bremer-Förbundet stipends – and Maria Folkeson regularly featured as a recipient.

When her brother, who was eight years her junior, fell ill with tuberculosis and eventually died at the age of 22, Maria Folkeson took a break from her studies. She eventually gained her medical licentiate in 1896, eight years after Karolina Widerström had done so, and four years after Hedda Andersson. She then received a travel stipend from Fredrika-Bremer-Förbundet which enabled her to spend six months at a gynaecological and obstetrics clinic in Dresden and at a Zürich clinic for women’s and children’s illnesses. Upon her return to Sweden Maria Folkeson opened a private surgery in Stockholm, initially located at Klarabergsgatan and later at Brunkebergstorg. She worked as a general practitioner at the time although she also offered obstetric services. Her patients included men. It was usually Hedda Andersson who stepped in for her whenever she had time off, and she reciprocated when necessary. Ten years later she undertook a study trip to refresh her gynaecological knowledge, visiting both Dresden and Prague.

In addition to her medical work Maria Folkeson was also actively engaged in the struggle for female suffrage and in the peace movement. She was involved in the establishment of Svenska läkares nykterhetsförening (Swedish doctors’ sobriety association) in 1902 and diligently championed the introduction of a complete prohibition of alcohol, primarily for medical reasons. Her social activism brought her into close contact with many individuals. In 1897, as a member of the Samkväm för arbeterskor, Maria Folkeson was invited to lecture on various forms of washing, particularly with regard to female workers’ sanitary needs, and she also lectured on child care for mothers of families who found themselves in temporary accommodation.

Maria Folkeson never married. In 1910 she was the chief mourner at the teacher Sofia Johansson’s funeral, even though the latter was also mourned by her siblings and their children. Upon retiring in 1932 Maria Folkeson spent nine years living in Tullinge, south of Stockholm, in a house with a garden that she tended. Hanna Maria Johansson, who had started working for her as a maid in 1894, and who after 30 years of loyal service was awarded Kungliga Patriotiska sällskapet’s (royal patriotic society) great medal, accompanied her as her housekeeper and followed her when she returned to live in Stockholm in Fredhäll in 1941.

Maria Folkeson died in 1956, aged 93. Hanna Maria Johansson was one of her mourners, along with Maria Folkeson’s two nephews and their respective wives and children. One of these, Elis Folkeson, was himself a qualified doctor and it was perhaps he who came up with the statement: “Her memory will be held in the deepest gratitude”. 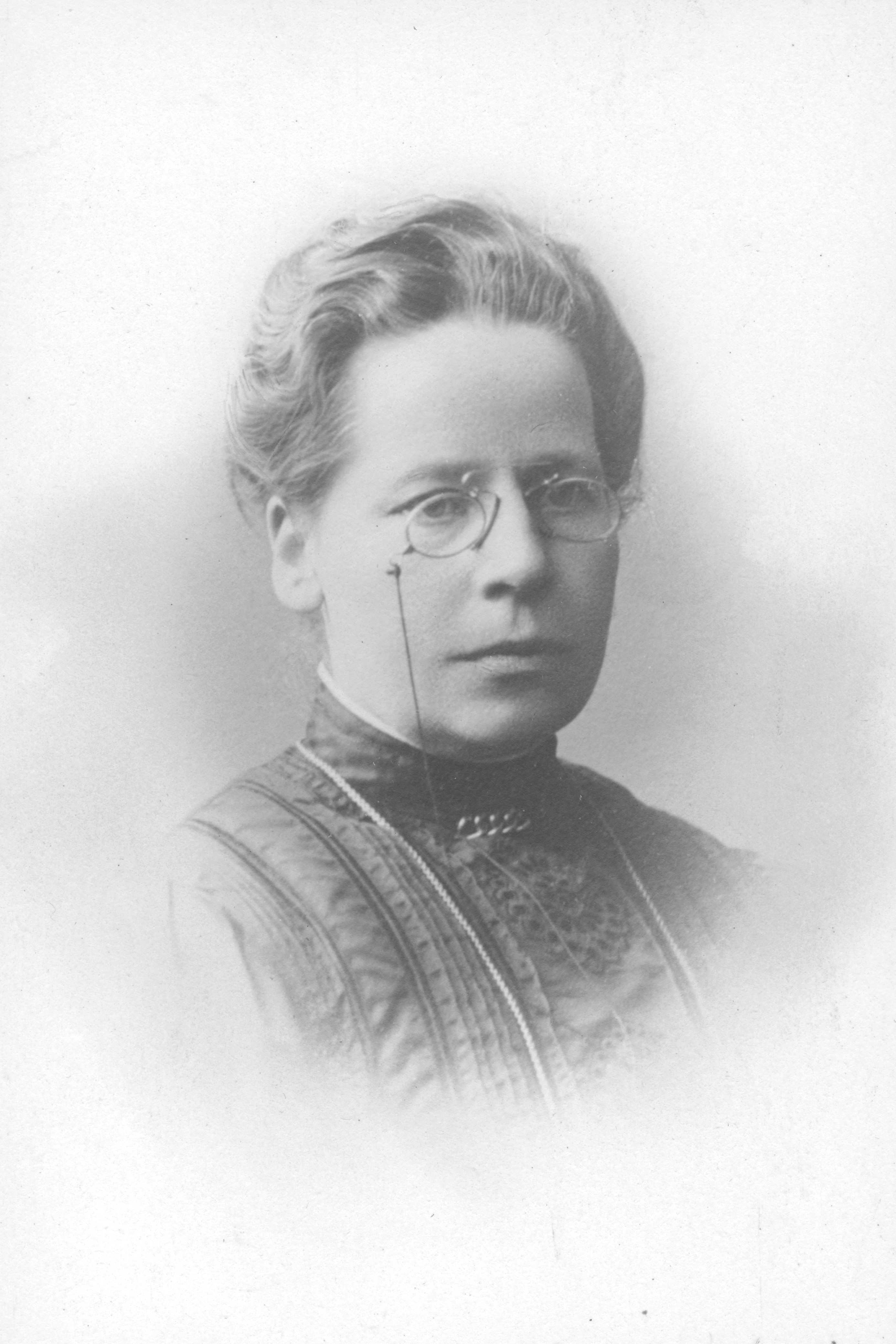