Marguerite Viby was one of the greatest film stars in her home country Denmark, as she also was in Sweden. She was a comedy actress, revue artist and singer.

Marguerite Viby was born in Copenhagen in 1909. She was the daughter of Oscar Jensen, known as Oscar Viby, a policeman, and his wife Emmy Steenberg. The spouses married in 1907 in Vor Frue Kirke in Copenhagen. The year after, Marguerite’s older brother Egon was born. When their daughter was born, the family was living in H.C. Andersens Gade in the centre of Copenhagen. Emmy Viby found the name Marguerite in Dumas’ novel La Dame aux Camélias, which she read while awaiting her daughter’s arrival. The name Viby came from the medieval estate Vibygaard outside the village of Viby, south of Roskilde, where her father was born.

Marguerite Viby attended ballet classes as a child, at Emilie Walbom’s School of Dance. Later she also took private lessons with John Andersen, a solo dancer at the Royal Danish Ballet. The first time she performed on the stage was in 1923, in the ballet of a revue at the Tivoli Summer Theatre. She made her debut as a solo dancer in 1926 at the Apollo Theatre in Aalborg. Marguerite Viby had her first speaking role in Emmerich Kálmán’s operetta Cirkusprinsessen in 1928. The same year, she had her first break-through at the Helsingør Summer Theatre, at which – among other things – she performed a parody of the dancer and variety artist Josephine Baker. After that followed an extensive career in which she performed in revues, operettas, comedies and musicals at theatres all over Denmark. She also performed in Norway, Finland and Sweden, at the Vasateatern and Södra teatern in Stockholm among other places.

Marguerite Viby’s film career began at the very end of the silent film era with the popular comic duo The Lighthouse and The Trailer in Moster Malins millioner in 1929. It was however in the first Danish Talkies that she attained the absolute peak of her popularity, of which En natt i Köpenhamn in 1932 must be ranked as the first real “Marguerite Viby film”. In this film she sings Kai Normann Andersen’s hit song “Look at each other” (“Titte til hinanden”) while playing a modern, dance-loving Copenhagen girl full of verve, if not yet as hectic as in later films. One of her great film successes was Mille, Marie og mig in 1937, which was followed by a new Swedish version the year after also starring Marguerite Viby in the main role. This became the beginning of a Swedish era in her career, that in fact ran parallel to the Danish one. Her noticeable Danish accent was clearly no obstacle to her career even on the opposite shore of the Sound.

Five more of Marguerite Viby’s films were recorded in two language versions: Schamyl Bauman’s Fröken Kyrkråtta in 1941, Weyler Hildebrand’s Fröken Vildkatt also in 1941, and Hasse Ekman’s Happiness Comes in 1942, while the Danish films Teatertosset in 1944, and Jeg elsker en anden in 1946, were remade in Swedish as Dolly Takes a Chance (Dolly tar chansen) in 1944, and Jag älskar dig, Karlsson! in 1947. It was not unusual for different Nordic language versions to be produced from the same script in the infancy of the Talkies, but Marguerite Viby and her films were rather unique in that they appeared in two languages with the same person in the main role: a sign as good as any of her star status and impact. Marguerite Viby performed in twelve full length films in Sweden during the period 1938—1956. Among the male actors she was frequently cast together with were Åke Söderblom, Gunnar Björnstrand and Stig Järrel.

The final years of the German occupation of Denmark were spent by Marguerite Viby in Sweden. Apart from acting in films, she performed at camps for Danish refugees and toured the Swedish folk parks with her dance partner Per Gundmann.

Marguerite Viby also performed in Swedish films without any Danish original, like for example Arne Mattsson’s comedy films Sussie in 1945, and Peggy på vift in 1947, as well as Weyler Hildebrand’s film version of Florimond Hervé’s operetta Lilla helgonet from 1944. It is thanks to this last film that Marguerite Viby, despite not being as well-known any longer in Sweden as she used to be, even so is part of many Swedes’ Christmas celebrations. This is because she and her comic colleagues Åke Söderblom and Thor Modéen take part in a film clip from Lilla helgonet that is included in Per Åhlin’s and Tage Danielsson’s cartoon Sagan om Karl-Bertil Jonssons julafton (Christopher's Christmas Mission) that has been shown on Swedish television every Christmas Eve since 1975.

When Danish film acquired sound in the first years of the 1930s, Marguerite Viby’s chirpily happy voice was one of the first things to be heard at cinemas, often singing melodies that are still today Danish evergreens. Records were made of many of her film hit songs, as well as of songs from her revues, a total of over 100 record sides. Around the mid-1950s, Marguerite Viby’s star status declined somewhat, but she carried on untiringly with her participation in comedies, revues and musicals. In the mid-1960s, her popularity increased again with the help of successful sketches and monologues in various revues.

Marguerite Viby married five time. Her first husband was the dancer and actor Poul Christian Guldager, her second the actor and director Emanuel Gregers Emanuel, and her third the businessman Knud Wold. She then married Preben Mahrt, also an actor, and her final husband was Erik Henry Tangfelt, a lecturer, until his sudden death at 48 years of age. Marguerite Viby’s third marriage, to Knud Wold, resulted in a daughter in 1938, Susse Wold who also became a successful Danish actress.

Marguerite Viby collaborated in films, revues, comedies and musicals for over half a century. She continued to be the brightest star on the Danish film and revue scene for almost the whole of the 1900s, and is considered to be one of the greatest comic actresses in Danish film. She could electrify almost any material at all with her effervescent joy of life and playfulness. Through the years, Marguerite Viby received many awards. She was awarded Bodil Ipsen’s Jubilæum Legacy and Clara Pontoppidan’s Birthday Legacy. She was appointed Knight of Dannebrogen in 1969, was distinguished with Karl Gerhard’s Special Prize in 1987, was chosen as the Special Artist of the Year at the Revue of Revues in 1993 and for her long film career was awarded the Special Version of the Danish Bodil and Robert Prizes. In 1976, Marguerite Viby’s jubilee fund was instituted, which hands out bursaries to young Danish acting talents. 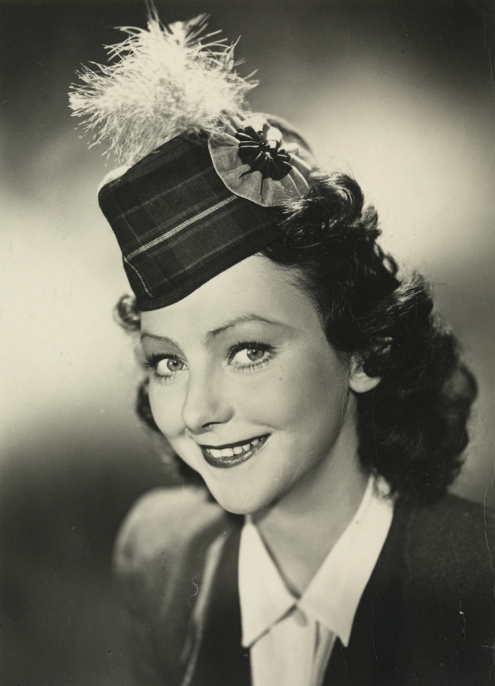