Margit Westin was an eminent textile artist who has left behind her a great treasure of church textiles in the churches of Umeå. She was also a teacher of specialist drawing, first of all at the Västerbotten county central trade school and thereafter on the textile teacher training in Umeå. For almost two decades, she was politically engaged as a liberal in cultural politics.

Margit Westin was born in Hudiksvall in 1928. Her mother Agnes Ahl was a clever designer and embroiderer and also a skilful pianist. Her father Gunnar Ahl, who like her mother came from Gävle, became a bank director in Hudiksvall. She had two sisters. Margit Westin first attended elementary school for five years and then a girls’ school for seven years. After that she applied to Konstfackskolan (Konstindustriella day school and Högre Konstindustriella skolan).

Margit Westin’s mother encouraged her daughters to study at Konstfackskolan and get themselves an education, which they did. Margit Westin applied to the textile course where she had the ingenious Barbro Nilsson as her teacher. When Hemslöjden in Umeå rang Barbro Nilsson to hear whether she knew of a good designer, she recommended Margit Westin.

In 1950, Margit Westin started at Hemslöjden in Umeå. There she soon met her husband-to-be, Paul Westin. The couple were married in 1952 and had three sons. The family lived first in Umeå and then from 1968 in Sävar, a village north of Umeå. Margit Westin was widowed in 1999 and left Sävar after a few years to move back to Umeå.

During the five years that Margit Westin worked at Hemslöjden, she also taught at the Västerbotten county central trade school. Her subjects were patterns and colour theory in the weaving course and specialist drawing for dress seamstresses and milliners. In 1955, she was appointed as a teacher of specialist drawing on the textile teacher training course in Umeå. She remained there for several decades and meant a great deal to pupils and colleagues, and also for the school’s acquisition of textile art. Margit Westin also worked at that time as a freelance designer, not least of a large number of church textiles and vestments. When the Ålidhem Church in Umeå was built in 1973, she had created three vestments that were later added to several times. In connection with the weaving trade fair in 2014 in Umeå, one programmed event was the presentation of Margit Westin’s works in Ålidhem Church. She had continual contact with Hemslöjden and during the first four years of the 1980s, she was the head of Hemslöjden’s four shops in Västerbotten.

Margit Westin was a politically engaged liberal, first in Sävar and later, when it became part of the Umeå municipal district in 1974, in the municipal council there. Simultaneously, she was elected to the cultural committee on which she sat for 15 years, some of them as vice chairperson. She also had board assignments in three foundations: Stiftelsen Västerbottens musikteater, Umeå teaterhusstiftelse and Stiftelsen Västerbottensteatern. She was also a member of the new foundation that from 1978 produced the newspaper Västerbottens-Kuriren, VK.

Margit Westin was politically active until 1988, after which her artistic creativity took new paths. In 1989, she started Glada stygn, an embroidery group who became well known through many of their exhibitions. The grand finale for the group was an exhibition in the Swedish Church in New York in 2007. Glada stygn reflected much of Margit Westin’s positive but far from uncritical view of events and people. In 1992, she was presented with the Umeå Minerva award, a cultural prize that is awarded to practitioners or promoters of cultural enterprises in Västerbotten.

Margit Westin was active to the last despite a wearying illness. She died in January 2015 and was buried in the family grave in the Northern Cemetery in Umeå. 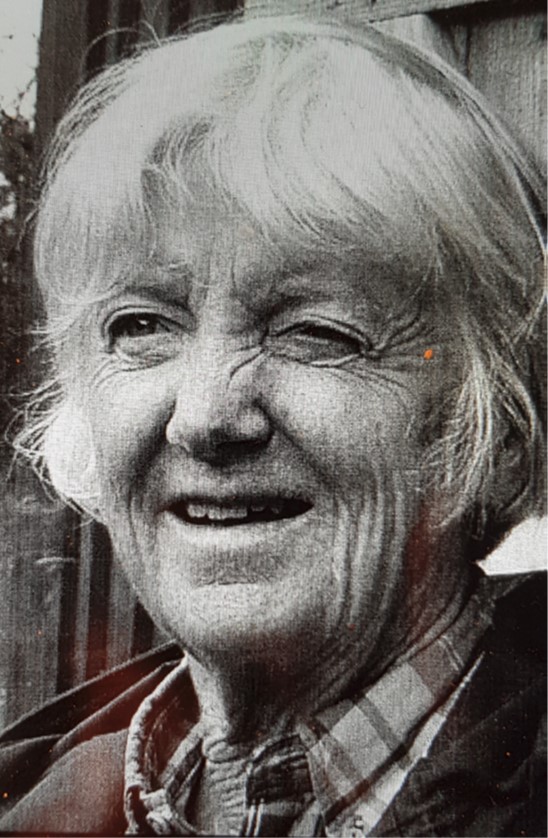