Margit Bergendorff was a teacher, an entrepreneur, and a designer. Along with her sister, Hervor Brusewitz, she set up the Småttingarnas Ateljé business in Stockholm and later on established the children’s clothing company called Bruse Barnkläder.

Margit Bergendorff was born Margit Agnes Sofia Brusewitz in Jönköping in 1904. At that time her family included a brother named Bengt who was one year her senior. Their father, Elis Brusewitz, was a lieutenant in Andra Göta Artilleriregemente and was a great lover of music, the theatre, and he also reared chickens. Their mother, Ellen, née Holmström, had grown up in Jönköping. Further, Margit Bergendorff’s maternal grandmother, Sofie, widow of the wine merchant Frantz, also lived in Jönköping.

By 1910 the family was already living in Stockholm. After suffering an illness Elis Brusewitz found he was no longer able to undertake field exercises and so he was appointed steward at Generalstaben (military headquarters) in Stockholm. The family moved into a large apartment on Banérsgatan 5 in the Östermalm section of the city. It was there that Margit Bergendorff’s younger sister, Hervor, was born in 1910. In the autumn of that year Margit Bergendorff began to attend Nya Elementarskolan för flickor (girls’ school) on Kommendörsgatan. The school had been founded by Anna Ahlström and Ellen Terserus. Margit Bergendorff – known as Gittan – quickly settled in and made a lot of friends in her class, including Lisa Schörling who remained a life-long friend. Margit Bergendorff was good at drawing paper dolls and sold her efforts to her classmates for 10 öre each. Thus a young entrepreneur was born!

Margit Bergendorff spent her time making doll’s clothes and dreaming of a future in which she had a lot of children. On completing her schooling, which included learning German, she and her mother Ellen travelled to Berlin together. There she attended the Ottilienhaus boarding school for girls in Zehlendorf. Upon her return to Sweden in 1924 Margit Bergendorff began the one bit of further education she took, namely a year spent at Högre lärarinneseminariet (advanced female teacher-training programme) on Riddargatan, where women went to gain the junior-school female-teacher qualification. Margit Bergendorff was in the same class as Birgit Bergendorff, with whom she became close friends and five years later Margit Bergendorff married Birgit’s younger brother, Sture.

After graduating Margit Bergendorff gained a position as a governess for Governor Sigfrid Linnér, and she spent several years caring for his three children. The Brusewitz family moved to an apartment on Sturegatan 60 and this became an important factor in Margit Bergendorff’s plan to open her own school. Her pedagogical ideas involved giving children more individual teaching, thus enabling them to master the curriculum far faster than they did in traditional schools. At the Sturegatan 60 premises Margit Bergendorff had access to an area where she established her first Kindergarten in 1928. By the following year, however, she was preparing primary 1 and primary 2 classes, and the next year after that her school expanded to offer primary 1 through primary 4 classes. Each class numbered a maximum of 10 children and all the outdoor activities took place in the nearby Humlegården. Margit Bergendorff barely made a profit and by 1931 the Kindergarten had closed and shortly thereafter so did the primary classes.

Margit Bergendorff and her sister Hervor then entered a new business phase by setting up Småttingarnas Ateljé. Their father, mother, and later on even an uncle who lived in New York, all contributed capital providing a capital pot of 12,000 kronor and enabling the establishment of AB Småttingarnas Ateljé on 5 March 1935. One month later the sisters rented premises at Hamngatan 1 where they held a successful press meeting. The shop was open for business and was described as well-supplied with the most fetching children’s clothes, covering infants through to young teenagers. Knitwear was popular and wool suitable for making children’s clothes as well as a knitting-expert could be found at the shop.

The Norrmalmstorg shop quickly became popular and by Christmastime the daily returns were over 800 kronor. Princess Sibylla made a visit to the shop towards the end of June 1935, purchasing a few practical children’s clothes for young Margaretha. When King Gustav V was due to parade in an open carriage in 1938, along with Crown Prince Gustaf Adolf and the young princesses, Margaretha and Birgitta, it was Margit Bergendorff who was tasked with providing the girls with fine white silken capes with swan-feathered collars and bonnets. Following this successful start Margit Bergendorff could often be seen at Haga palace working with the royal children’s nurse, Ingrid Björnberg – known as Nenne. Margit Bergendorff became the royal seamstress and designed many sweet outfits, which included aprons and blousy sleeves, for the royal daughters Margaretha, Birgitta, Desirée and later on Christina, as well as special clothes for the young prince Carl-Gustaf. Margit Bergendorff had a 20-page postal order catalogue printed, containing delicate drawings to illustrate the clothes for sale.

In the spring of 1939 Margit Bergendorff looked into the option of opening a sewing factory to improve production of the children’s clothing required for Småttingarnas Ateljé. It was not long before the dream of running her own children’s clothing factory became reality. 24,000 kronor of capital was raised with help from her mother, father and her older brother, Bengt.

Bruse Barnkläder, bearing the trademark “De tre bockarna Bruse”, was established in April 1939. Margit Bergendorff was the registered owner while Hervor served as the shop director. Margit Bergendorff employed more seamstresses, ironing-women, and errand-girls and she procured premises on Tulegatan 19. However, the Bruse Barnkläder accounts for that year – 1939 saw the outbreak of the Second World War – were very poor. Margit Bergendorff decided, after taking a loan at Skandinaviska Banken, that the business would carry on despite the difficulties caused by coupons and issues with cloth deliveries from Great Britain and Germany. The company was also kept afloat through an order received from the Swedish military authorities.

In the autumn of 1939 Sture and Margit Bergendorff got married. Their honeymoon was spent in Copenhagen and not, as planned, in Berlin. Margit Bergendorff quickly fell pregnant and in 1940 she gave birth to Peter, followed in 1941 by Göran, and by Christina in 1943. A nanny was hired to care for the children. Margit Bergendorff’s husband was called up for military service on the Norwegian border.

After the war ended Margit Bergendorff found life during the second half of the 1940s very tiring, trying to manage raising three children and running a major children’s clothing factory. Every year an exhibition using mannequins was held in Marmorhallarna at Stureplan in Stockholm at which Margit Bergendorff’s three children frequently appeared dressed in their mother’s designs. However, Bruse Barnkläder found it difficult to turn a profit and in February 1948 Margit Bergendorff signed an agreement with Stefan Schwarcz which placed him in charge of the company. Margit Bergendorff stayed on for a further year in order to produce the next collection and to provide directions regarding materials and production.

In 1948 the Bergdorff family moved to Djursholm. Life as a housewife was not entirely to Margit Bergendorff’s liking. She was very active within the Hem och Skola (parent-teacher) association and the girl guides but she never gave up sewing. Her practical husband, Sture, set up a specially designed sewing room, furnished with a sewing machine and many drawers and a large cutting-table. Margit Bergendorff imported nylon cloth from America and began to cut nylon overalls, which she prepared for home-assembly. She continued to make use of her business connections from her time as head of Bruse Barnkläder.

The next phase of Margit Bergendorff’s life involved a return to her former trade, namely that of being a junior-school teacher. Indeed, she actually returned to her childhood school, Nya Elementarskolan för flickor, on Kommendörsgatan, which was still run as a girls’ school. She gained a permanent post as teacher for the first through third year classes and was a relatively strict, albeit well-loved, “småskolefröken” (junior-school teacher) right up until she retired in 1972. She adapted several children’s books as stage plays, including Anne of Green Gables, and her pupils put on lovely theatrical productions at the ends of both the autumn and spring terms. Margit Bergendorff sewed all the costumes and painted the stage sets at her kitchen table at home in Djursholm.

Following Sture’s death from a myocardial infarction Margit Bergendorff moved to Tessinparken in the Gärdet area of Stockholm. After moving she became ever closer to her sister Hervor, who had retained Småttingarnas Ateljé until 1963. During one of Margit Bergendorff’s annual trips to London she purchased synthetic furs, patterns, noses and eyes in order to produce stuffed animals and began to create what became a long series of much-loved soft toys. She started off making teddy-bears and moved on to producing dogs, horses, zebras, rabbits, seals, leopards, tigers, and a few cats. She used the small left-over pieces to create sweet small white mice. This was before the soft-toy market became swamped. She would cut the material with great precision, then hand-sew each piece and stuff the toys with synthetic wadding.

Margit Bergendorff had already moved to Nockebyhem in Bromma before she retired in 1971. Her sister Hervor eventually also moved in with her and the bon-vivant women held a number of larger and smaller parties in the generously-proportioned assembly area at Nockebyhem. Only single women lived at that address. Margit Bergendorff happily settled into her studio apartment with a kitchenette and socialised with her contemporaries. She was frequently given to commenting: “Why should I not be happy in their company now that we are seniors”.

Margit Bergendorff died in Stockholm in 1996. She is buried at Norra begravningsplatsen (the Northern Cemetery) in Solna. 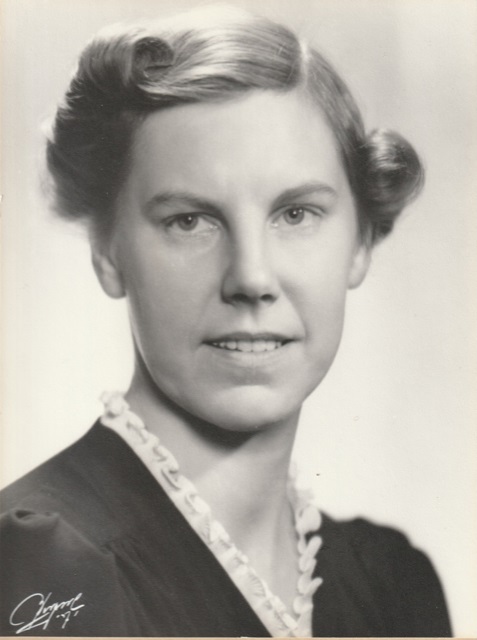