Louise Mountbatten, later Queen Louise of Sweden, was Crown Princess of Sweden and duchess of Scania from 1923–1950. During the 1950–1965 period she was Queen of Sweden. She is known for her active involvement in healthcare and in philanthropic enterprises.

Queen Louise (as she became) was born Princess Louise of Battenberg on 13 July 1889 at Heiligenberg castle near Darmstadt in Hessen, Germany. However, she was primarily raised in Great Britain. As a member of the Battenberg family she was related to the princely houses and the aristocratic elite of Europe. Queen Victoria of Great Britain was her maternal grandmother’s mother whilst one of her maternal aunts was Alexandra Feodorovna, the last Empress of Russia. Her father, Ludvig Alexander of Battenberg, later Louis Mountbatten, was a German prince who was also related to the British royal family. At an early stage in his life he opted to become a naval officer in the British navy, serving as First Sea Lord during the 1912–1914 period. His choice of career entailed an itinerant life, as he was stationed in various parts of the British Empire, including in Malta. However, on the outbreak of the First World War he was forced to give up his role as First Sea Lord due to anti-German attitudes and press agitation. Indeed, in 1917 the family surname was anglicised to Mountbatten, just as the surname of the British royal family was changed from Sachsen-Coburg-Gotha to Windsor. Louis Mountbatten relinquished his German titles and instead assumed the British title of Marquis of Milford Haven in 1917.

Heiligenberg castle, where Louise Mountbatten was born, was somewhat of a family residence. Louise often spent time there and in Darmstadt during the summer months. She also spent time at Kent House on the Isle of Wight, where her father had moved after resigning his naval commission. Louise Mountbatten was primarily educated by governesses, and mainly in Great Britain, although she and her sister Alice also spent time at a girls’ school in Darmstadt. In 1909 King Manuel of Portugal made enquiries about the possibility of marrying Louise Mountbatten, having been encouraged to do so by the British king, Edward VII. Louise rejected this politically-motivated offer, however.

On the outbreak of the First World War Louise Mountbatten and her mother, Princess Victoria of Hesse and by Rhine, were on a family visit in Russia, travelling on the Volga in the company of the Russian imperial family. They were hastily forced to return home and their journey took them through Sweden and they spent the night at Drottningholm castle as guests of Crown Prince Gustav Adolf and his consort Margareta (Princess Margaret of Connaught). This was Louise Mountbatten’s first visit to Sweden and the first time she met the man who would later become her husband. Some sources say that Louise’s mother had entrusted her jewellery to the Russian empress, believing it would be safer there during the war in Europe. Louise’s family had further made significant investments in Russian mining companies, leading to a complicated financial situation following the outbreak of the Russian Revolution.

During the years leading up to the First World War Louise Mountbatten worked in various organisations, including Smokes for Soldiers and Sailors, which fundraised to provide military men with cigarettes and other tobacco goods. However, she quickly realised that she wanted to make more substantial efforts and became involved in the Red Cross, training as a nurse. She spent the war years serving at military hospitals in France, primarily at Nevers beside the Loire and Palaves near Montpelier. After the war ended she continued her charitable efforts and remained active in various social welfare organisations.

Louise’s marriage to the Swedish Crown Prince in 1923 became a defining moment in her life. Gustav Adolf was now a widower, following the death of his first wife Margaret in 1920. He and Louise met in London in June 1923 at a horse race. Their engagement was announced publicly on 2 July that year and they married on 3 November 1923 in the Chapel Royal at St James’s Palace, London, in a ceremony officiated by the Archbishop of Canterbury. The couple honeymooned in Italy and in Great Britain, after which they returned to Sweden by boat in December, arriving in Gothenburg where Louise was officially received as the Swedish Crown Princess.

Her duties as Crown Princess primarily involved representation. The current Queen of Sweden, Victoria, was in poor health and was often abroad, leaving Louise to perform many of the absent queen’s duties. Not least of this was her role as patron of various organisations and institutions, including the Swedish Red Cross, the children’s hospital Kronprinsessan Lovisas Barnsjukhus, and the nursing home Eugeniahemmet. Louise’s duties ony increased on the queen’s death in 1930. According to sources when Louise herself became queen she took a very active role as patron of Sophiahemmet hospital, pointing out that she had worked as a nurse too. Another area in which she took great interest was the sphere of Swedish handicraft.

In the period leading up to the Second World War Crown Princess Louise took on a range of charitable activities. She was the head of Kronprinsessans gåvokommitté för neutralitetsvakten, a committee which collected and distributed gloves and hats to soldiers. She set up a reception centre for Finnish child war refugees at Ulriksdal castle. In a private context Louise expressed anti-Nazi views, believing Nazism to be a barbarous ideology and an agent of the German secret service criticised the Swedish Crown Princess for being completely a British patriot.

Gustav V, the king of Sweden, died in October 1950. On the accession of Louise’s husband to the Swedish throne as King Gustav VI Adolf she became Queen of Sweden. She began to make alterations to Stockholm palace, the royal couple’s official residence and, in 1954, disliking the stiff ceremonies of court life she introduced reforms and more democratic court protocols. Louise and her husband had mainly lived at Ulriksdal castle before succeeding to the throne. They spent their summers at Sofiero castle near Helsingborg, celebrated Christmas at Drottningholm castle where, after being crowned king and queen, they tended to spend large parts of the winter. They often spent their autumns in Italy and for several years they were actively involved in archaeological digs at San Giovenale, north of Rome. Queen Louise often made visits to Great Britain after being in Italy.

Louise engaged dutifully, sometimes despite failing health, and very attentively in her representation duties, as expected from a royal. Some of these roles entailed official travels and receiving official visitors. The royal couple worked together to adapt the practises of the Swedish monarchy to the changing social situations of the post-war era.

Queen Louise died on 7 March 1965 in St Görans hospital in Stockholm. She is buried at the royal burial ground at Haga, Solna. 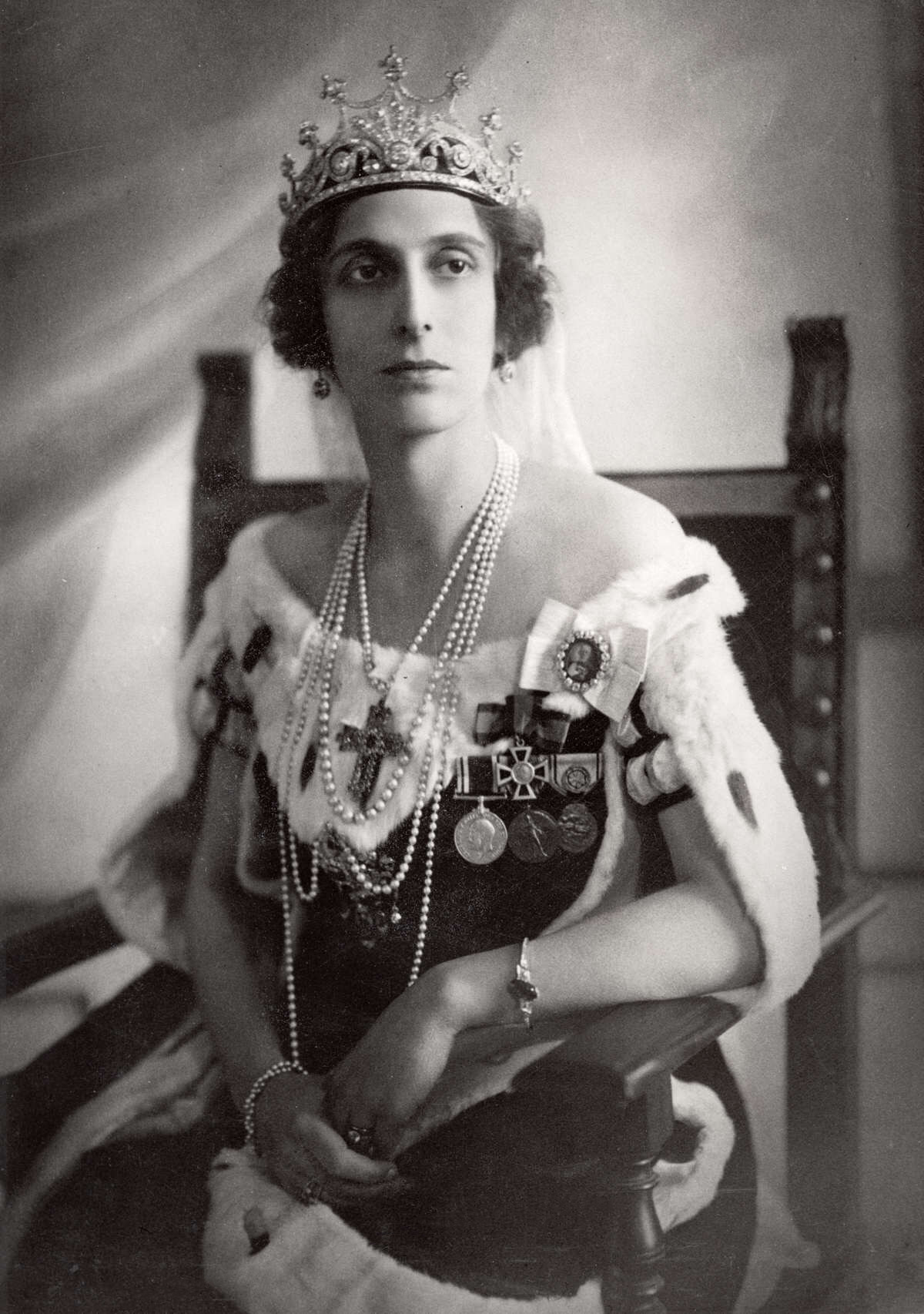