Louise Pyk was a celebrated opera singer from Mölle. During her career she performed on various stages in Italy and Paris and at Covent Garden in London. She also performed in America, spending a few years in San Francisco.

Louise Pyk was born in Scania at the foot of Kullaberg. There were six children in her family, all born between 1843 and 1857. Louise Pyk’s mother was named Betty, née Nordell, and her father was Nils Pyk, a sea captain. The family eventually moved to Helsingborg where Louise Pyk’s father worked as harbour master. It was in Helsingborg that Louise Pyk, who was said to have inherited her voice from her mother, began to take singing lessons.

Louise Pyk moved to Stockholm in 1871 to begin her training at Kungliga Musikkonservatoriet (royal conservatoire of music), now Kungliga Musikhögskolan (royal college of music). She subsequently took private lessons with the singing instructor Fritz Arlberg. Louise Pyk’s first role was that of Agatha in Carl Maria von Weber’s opera Der Freischütz. This was an 1873 production at Kungliga Teatern (now Kungliga Operan, royal opera) in Stockholm and following this appearance she spent two years employed at that theatre, during the 1875–1876 season. Prior to that, upon completing her training at Musikkonservatoriet, she had already spent time working in both Milano, Italy and in Frankfurt, Germany, in order to fund private lessons with well-known instructors of opera singing. One of the roles she performed during this period was Donna Elvira in Wolfgang Amadeus Mozart’s opera Don Giovanni.

During the times when Louise Pyk was not contracted to a particular opera house in Europe she made ends meet by undertaking concert tours. During the 1881–1888 period she held well-attended concerts throughout Scandinavia. After a time of being constantly on the go Louise Pyk made her way to Paris where she continued her training. She then went to live in London, where she gained a contract at the well-reputed Royal Opera House at Covent Garden. She worked there for several seasons, spending the winter months performing at various stages throughout Great Britain.

It was not until the early 1880s that she met the man she went on to marry, William Blandford Newson. Although he was a captain in the British army he was resident in America. The couple married in 1884 in San Francisco where they then settled. Louise Pyk sometimes went on concert trips across the American continent during the time she was married. She never had any children. In 1891 Louise Pyk divorced her husband and returned to live in her home area, settling in Helsingborg.

Her final performance in Sweden took place in Stockholm in 1893. She sang the part of Leonora in Giuseppe Verdi’s Il Trovatore. She had previously sung the role during guest appearances in Stockholm, at which she had also sung the title roles in Vincenzo Bellini’s Norma, Verdi’s Aïda, and the part of Valentine in Giacomo Meyerbeer’s Les Huguenots.

During the ensuing years Louise Pyk continued to perform in various different countries across the globe. She gave concerts in the Netherlands, Germany, America, Denmark, and in Mexico, amongst other places. She withdrew from performing around 1910. As a retired opera singer she lived frugally, although she received an annual payment from an inheritance set up by her friend and lyricist Henrika Widmark and the latter’s sister, the opera singer Maria Widmark, who had also been a colleague of Louise Pyk.

Louise Pyk passed away in 1929. She is buried in a single grave at Pålsjö cemetery in Helsingborg. 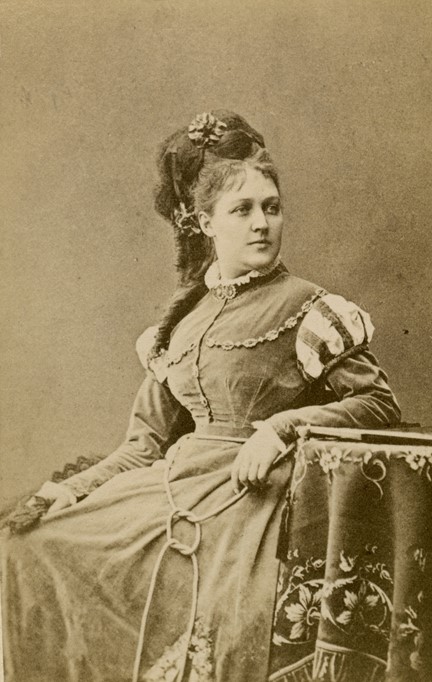