Louise Michaëli was one of the leading nineteenth-century Swedish singers in the world of opera, oratorio and concerts. She became internationally famous.

Louise Michaëli was born Lovisa Charlotta Helena Michal in Stockholm in 1830. Her parents were Sara Helena Malmgren and Henrik Gustav Michal. Music and the theatrical arts were at the heart of her home life: her father was the cantor for the Jakob church congregation as well as a chorister at Kungliga teatern (now Kungliga Operan, the royal opera). Her older brother, Carl Gustaf Michal, went on to become an actor and theatre director. Louise Michaëli probably received her initial musical training from her father. At the age of fifteen she came to the attention of Isidor Dannström, an experienced singing instructor who took her on as a private student. Three years later, in 1849, Louise Michaëli was accepted at Kungliga Teaterns elevskola (drama school) where her teachers included Isak Berg, Julius Günther and the director of the royal orchestra, Jacopo Foroni. During the 1853–1854 period Louise Michaëli undertook study trips to Paris and London, in order to further refine her singing technique. It is likely that one of the people she received instruction from was the respected teacher Manuel Garcia the younger. In Paris Louise Michaëli certainly came to the attention of the composer Giacomo Meyerbeer who wanted to employ her. However, as she was already engaged for a tour across Sweden she decided to reject his offer.

Louise Michaëli’s debut proper as an opera singer occurred in 1849 when she performed the part of Donna Elvira in Wolfgang Amadeus Mozart’s Don Giovanni at Kungliga teatern. In 1852 she was employed at that theatre’s lyrical stage and that is when her successful career really took off. Two years later, aged 24, Louise Michaëli was appointed singer to the royal court and became a member of the Royal Swedish Academy of Music.

It was not long before she entered the international concert and opera world: during the 1855–1856 period Louise Michaëli went on a much noted concert tour which took her through Denmark and a series of German cities, including Berlin, Hamburg, Dresden, and Magdeburg. A few years later she followed this up by putting on a large number of performances in Great Britain, Germany, The Netherlands, and throughout Scandinavia. She appears to have been particularly well-received in London, where she was intermittently resident during the 1859–1865 years. She performed at concerts given by The Royal Philharmonic Society at the World’s Fair in 1862 and for the British royal family. Louise Michaëli worked intermittently at Her Majesty’s Theatre in London during the 1659–1863 years and her performances there, which included Margaret in Giacomo Meyerbeer’s opera Les Huguenots, were successful. She also gained the respect of British audiences for her oratorios and her interpretations of Georg Friedrich Händel’s music. During her time in Great Britain she became close to fellow national Jenny Lind, who became somewhat of a mentor to her. Louise Michaëli’s reputation also took her to France where, following a performance in Paris in 1867, she was presented the Légion d’Honneur medal for French artists from the very hands of Napoléon III.

Regardless of her international appearances Louise Michaëli never left her post at Kungliga teatern in Stockholm. Some of her most notable performances there include the title role in Norma by Vincenzo Bellini, Clytemnestra in Christoph Willibald Gluck’s Iphigénie en Aulide, the Queen of the Night in Mozart’s The Magic Flute, Agata in Carl Maria von Weber’s Der Freischütz, and Leonora in Giuseppe Verdi’s Il Trovatore. The very demanding part of Guillemette in Jacopo Foroni’s comic opera Advokaten Pathelin – which he had composed specifically for her – became one of her most lauded performances in Sweden.

One of the signs of the respect which Louise Michaëli enjoyed at this time was the presentation of an expensive oak-leaf wreath in silver, adorned with jewels, in 1865 from a group of admirers headed by the former theatre director Knut Bonde. A few years later she was awarded the royal Litteris et Artibus medal.

In 1860 Louise Michaëli married her cousin, the merchant Charles Jacob Michaëli. Following what appeared to be initially a happy marriage, during which her career continued unchanged, things appear to have taken a downward turn which impacted negatively on her artistry. In 1870 Louise Michaëli suffered from a severe setback when she lost her only child, a daughter named Maria Lovisa. It was not much longer after that that she lost her husband as well. These events contributed to a worsening in her already weakened state of health, given that she suffered from tuberculosis. Nevertheless, as her financial situation was precarious she continued singing as long as she could but in 1873 she was finally forced off the stage by ill health. She undertook a recuperative and restorative trip to Italy and Switzerland during the 1873–1874 period, but to no avail, and subsequently Kungliga Teatern awarded her a disability pension of 2,000 kronor per year.

Louise Michaëli was one of the leading female Swedish singers of the nineteenth century, a fact unanimously affirmed by all her contemporaries. Her voice is described as uniquely well-trained in terms of strength, great depth, and perfect coloratura. The “pure crystal tone” and noble expression of her voice was pointed out as being a particularly Nordic quality. Her contemporaries naturally compared her to Jenny Lind and in terms of her voice Louise Michaëli’s voice was by some considered to be Jenny Lind’s equal and even, by others, to surpass it, which gave rise to the saying that she was “the second Nordic nightingale”. The reasons given for Louise Michaëli’s inability to achieve the same exceptional heights of success or to be imbued with the same brilliance as Jenny Lind are that she did not share Jenny Lind’s acting talent, charisma, and skill for intuitive movement whilst on the stage – both dramatically and musically speaking. As late as 1871 Louise Michaëli was taking acting lessons with Signe Hebbe in a bid to develop her stage movements. These elements were important in achieving a successful opera career as was having an “advantageous appearance” which Louise Michaëli was not apparently blessed with. Although she was respected and admired she never benefited from the adoring audiences which Jenny Lind enjoyed.

Louise Michaëli’s international career appears to have been brought to an end by ill health but was probably also impacted by the lethal competition which dominated the major opera stages during the 1850s and 1860s, with the likes of Marietta Alboni, Thérèse Tietjens, and the rising star that was Adelina Patti, a sensational coloratura soprano.

Louise Michaëli died as a result of the effects of tuberculosis in Stockholm in 1875. She is buried at Norra begravningsplatsen (the Northern cemetery) in Solna. 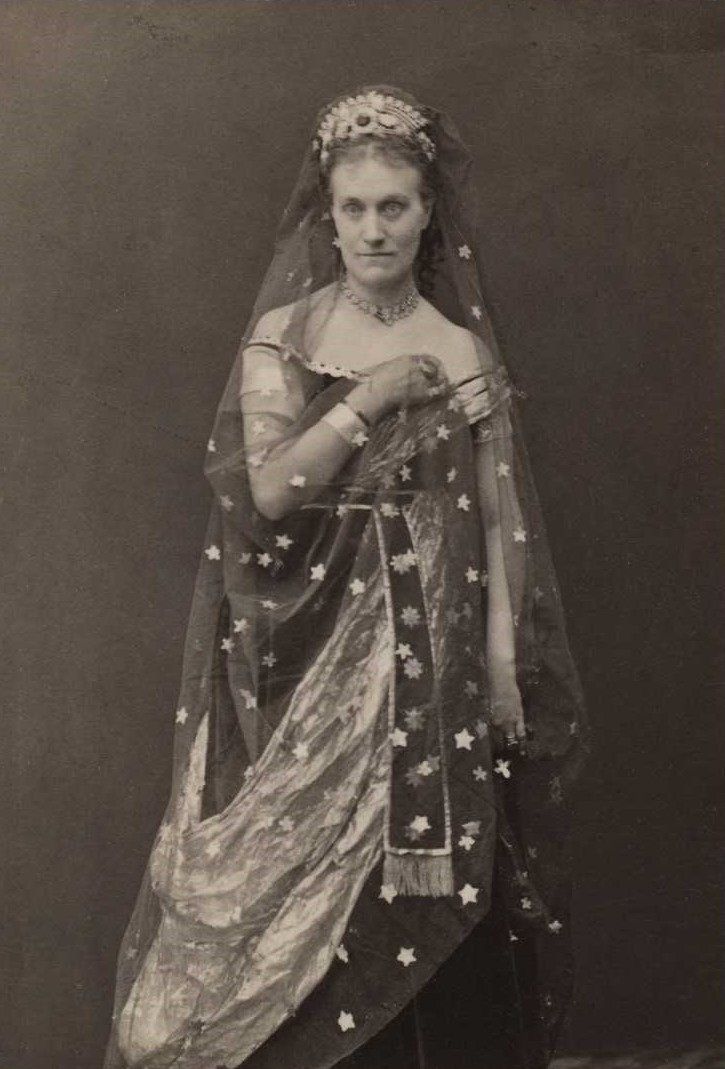