Lore Zech was a professor of medical genetics who was involved in ground-breaking research into the role played by genes in cancer development.

Lore Zech, sometimes called the “mother of modern cytogenetics”, was born in Gütersloh, Nordrhein-Westfalen, Germany, in 1923. She lost both of her parents to tuberculosis before she had even started school and so she was brought up by relatives who lived in Sauerland in western Germany.

After studying biology, chemistry, and physics at the Rheinische Friedrich Wilhelms Universität in Bonn Lore Zech gained her PhD at the Max Planck Institute in Tübingen. She then moved to Sweden in the early 1950s as her husband, Hendrik Zech, had gained a research position at Torbjörn Caspersson’s laboratory at Karolinska Institutet. Caspersson was a professor of gene technology and cell research. In 1953 Lore Zech began her post-doctoral studies under Caspersson’s guidance. Caspersson had at that time summarised his extensive research into protein building in a book entitled Cell growth and cell function: a cytochemical study, published in 1950.

Lore Zech had already become interested in visualising chromosomes as a student. At KI she focused more systematically on this subject, working within cytogenetics until 1989. Her close colleagues at KI included Gösta Gahrton, Georg Klein, Jan Lindsten, and Gösta Lomakka. She had a breakthrough in her research when she, in collaboration with others, including the laboratory assistant Evy Simonsson, developed a colouring method which produced patterns of chromosome bands. The so-called Q-banding technique helped geneticists to pair up human chromosomes and number them from 1 through to 22 (with either the X or Y label) and made it possible to identify changes in individual chromosomes. This was particularly significant for the mapping of different inherited diseases and types of cancer. In 1970 she published what became her most noted scientific article, “Identification of human chromosomes by DNA–binding fluorescent agents”, in the Chromosome journal. This article has been cited over 1100 times.

After 1898 Lore Zech continued her research and supported younger colleagues at Uppsala university. Towards the end of her career Lore Zech received several awards for her work, including the Björkénska prize, the Dalberg medal, an honorary doctorate at Kiel university, the Bundesverdiestkreuz 1 Klasse, and the Mauro Baschirotto prize from the European Society of Human Genetics. 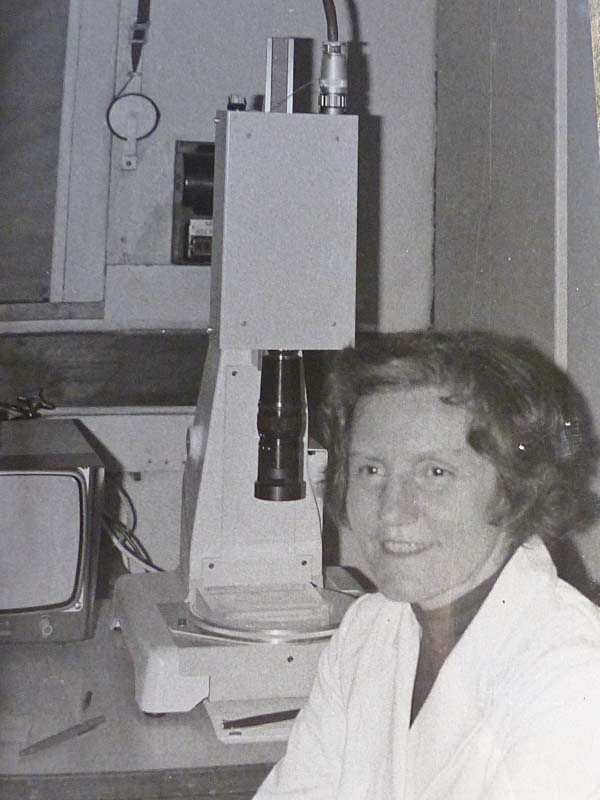