Lisa Fonssagrives-Penn was a trained dancer who was also a sculptor, a photographer, and a model. She is considered to have been the first supermodel in the world.

Lisa Fonssagrives-Penn was born in Gothenburg in 1911. She grew up with her two sisters in a house on Lagerbergsgatan in Uddevalla. Her father, Samuel Josef Bernstone, was a dentist in that town. Their mother, Ester Bernstone née Hultman, was a qualified nurse. The Bernstone family was a cultured and artistic family and the girls’ parents would often take them out to art exhibitions. Their mother was a pattern-creator who wove rugs and tapestries whilst their father would paint in his spare time.

Lisa Fonssagrives-Penn met Fernand Fonssagrives, who became her first husband, in Paris in 1933. He was a dance instructor and a photographer. The couple married in 1935 and their union lasted until 1949, during which time their daughter Mia was born, in 1941. They couple were both professional dancers and belonged to different dance companies in Paris. When Fernand changed his professional focus and made photography his career Lisa Fonssagrives-Penn became his model. The couple often travelled around Europe in search of scenic landscapes suitable for photographing.

In 1936 Lisa Fonssagrives-Penn met the German fashion photographer Willy Maywald. It was not long before she became a photographic model for several major fashion magazines thanks to Maywald’s personal connections. Her modelling career really took off after some pictures of her had been sent to Vogue and she enjoyed a successful and long lasting profession as a fashion model until the late 1950s. Lisa Fonssagrives-Penn served as her own stylist on her fashion shoots and did her own makeup too. She also had a say in the composition of her pictures as well as the lighting. She viewed the profession of fashion model as part of – and an extension to – her dance career and her artistry as a sculptor. Lisa Fonssagrives-Penn referred to her photographic compositions as “still dance”.

In 1939 Lisa Fonssagrives-Penn and her first husband had travelled to the USA just as the Second World War broke out. The couple decided to remain in the USA during the war years and she continued working as a fashion model for magazines such as Harper’s Bazaar, Town & Country, Life, Time, and Vanity Fair. She modelled for photographers such as Horst P. Horst, George Hoyningen-Huene, Man Ray, Erwin Blumenfeld, George Platt-Lynes, Richard Avedon and Edgar de Evia, Louise Dahl-Wolfe, and Norman Parkinson. The pictures of Lisa Fonssagrives-Penn have become iconic and the most celebrated images were taken by her two husbands, Fernand Fonssagrives and Irving Penn.

Lisa Fonssagrives-Penn married her second husband, the photographer Irving Penn in 1950. Their son Tom Penn was born in 1952 and the family resided in New York and on Long Island. She returned to her sculpting and fashion designing activities during the 1960s. Sometimes her work was exhibited in places such as the Marlborough Gallery in New York in 1986.

During the summers Lisa Fonssagrives-Penn would spend time with her family at their summer house along the shore in Raneberg, just north of Ljungskile in Uddevalla municipality.

In 1995 a retrospective exhibition of her work was held at Moderna Museet in Stockholm. In conjunction with this display the Penn family made a donation of a collection of Lisa Fonssagrives-Penn’s sculptures and watercolours to the museum. 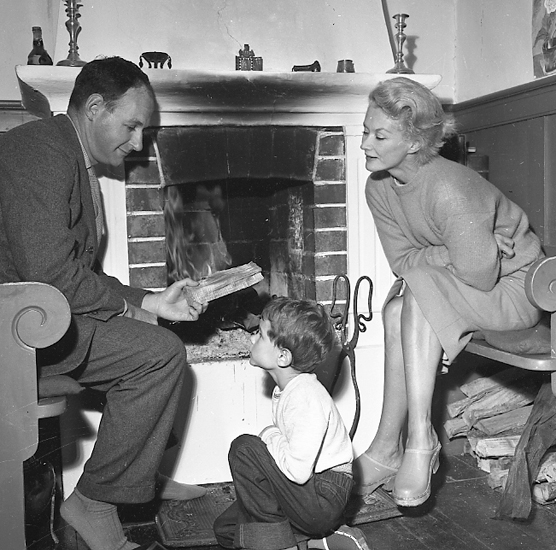