Leonilda Sjöström taught navigation, mathematics, and mechanical engineering to generations of private pupils and students at Navigationsskolan in Stockholm and at Tekniska skolan during the second half of the nineteenth centrury. She was at the time the only woman engaged in such teaching and was, in principle, self-taught.

Leonilda Sjöström was born in Stockholm in 1836. Her father, Pehr (Petter) Sjöström, was a fleet chief petty officer in the Swedish Navy. Leonilda Sjöström’s mother died when she was 17 years old. Her father had established a private school for students of navigation as supplemental to the official Navigationsskolan (later known as Sjöbefälsskolan) in Stockholm, which had been founded in 1841. He was assisted at the private school by his son Edvin as well as by Leonilda Sjöström. It is said that when she was not yet ten years old she taught geometry, arithmetic, and algebra to naval captains. These were all subjects which her practical-minded father had not mastered himself.

Leonilda Sjöstrom applied several times to gain admittance as a student to Navigationsskolan, from which her brother gained his helmsman qualification with top marks. The headmaster, Captain P J Högfeldt, rejected her applications, however, “for fear that her presence might prevent him from ensuring that the necessary discipline was maintained by the students”. Nevertheless, in 1854 he informed the school board that he had accepted a student of the “feminine gender” — a responsibility which “presumably no other school of navigation has hitherto experienced”. Leonilda Sjöström was not taken on as a student, however, but was instead allowed to audit classes; unfortunately she was forced to suspend her studies after a while due to illness.

When Leonilda Sjöström’s father died in 1855 his private teaching was passed onto Edvin Sjöström who subsequently became a teacher at Navigationsskolan. Leonilda Sjöström also taught at the school, following her brother’s death in 1890, and was the sole teacher of mathematics, ship-building, navigation, and astronomy. During her brother’s lengthy illness she had also, on his behalf, run the entire helmsman’s course at the school. Further, she was relied upon as a private tutor for future naval officers as well as in engineering for future engineers.

Leonilda Sjöström spent more than 25 years working as an ordinary teacher of mathematics at Tekniska skolan, which was the forerunner to Konstfack, the University of Arts, Crafts and Design. In 1860 Tekniska skolan became a state-run institution and rapidly expanded into becoming Sweden’s largest school providing basic technical training. There was a section for female students focused on careers which were considered suitable for women, as well as a co-educational advanced applied arts school. Mathematics was taught in every department at the school. According to articles published in Idun Leonilda Sjöström also openly practised more usual women’s pastimes when she taught: she knitted, crocheted and sewed, whilst thinking and lecturing — signs, according to that journal, of “a most extraordinary desire to be busy”.

Leonilda Sjöström’s teaching activities and her significant ability and personal engagement in educating generations of helmsmen and engineers for the navy was celebrated on the occasion of her 50th birthday in 1886. Each vessel in the Stockholm harbours was bedecked with ceremonial finery, with flags and pennants flying from on high. Twelve years later, on Leonilda Sjöström’s funeral day in 1898, an obituary published in Idun described the visible reverence paid to her memory: “masts and spires in the same harbour … ‘at half mast’ displaying the regret and sorrow of the loyal corps of seamen.” 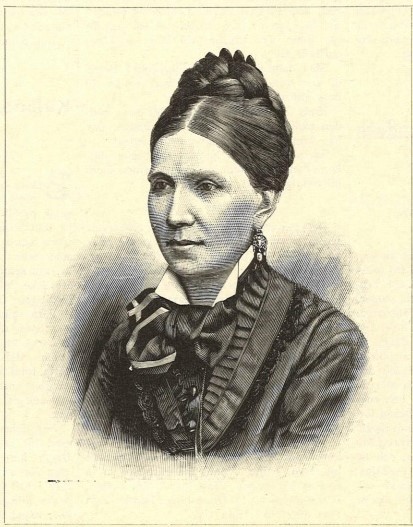