Léonie Geisendorf was an internationally recognised architect who had her own architectural firm in Stockholm which she operated for fifty years. She is particularly known for her expressive and neat use of untreated cement, the new building material of the post-war era.

Léonie Geisendorf was born in Łódź, Poland in 1914. Her birth name was Leonia Kolin-Kaplan. On completing her high school education in Warsaw she moved to Zürich where she trained as an architect. After doing a work placement with Le Corbusier in Paris Léonie Geisendorf then came to Sweden in 1938. This move to Sweden was a conscious choice related to ongoing developments in Swedish society and career opportunities for a young woman at a time when the rest of Europe was at war. In Sweden Léonie Geisendorf worked with well-known architects such as Sven Ivar Lind, Gustav Holmdahl, and Paul Hedqvist.

Léonie Geisendorf then set up the L o CE Geisendorf Arkitektkontor AB architectural firm in Stockholm with her husband Charles-Edouard Geisendorf. He had attended Eidgenössische Technische Hochshule Zürich (ETH) at the same time she had. The couple married in 1941. They successfully entered a few competitions and in 1951 their firm completed its first commission, Villa Leyton in Stockholm. The finished building was publicised and received international recognition for its compassionate and functional planning and design: the commissioner, Titti Leyton, was wheelchair-bound. The landscape architect Sylvia Gibson and the interior designer Thea Leonhard also worked on this project and continued to work for the firm on subsequent jobs.

In 1957 Léonie Geisendorf became solely responsible for the architectural firm in Stockholm as her husband moved to Zürich following his appointment as professor there. At that point she was 43 years old, the mother of three children, and the lead architect for a new school building on Kungsholmen in central Stockholm. It was 30,000 square meters in size and became Yrkesskolan för Huslig utbildning och sömnad – now known as St. Görans gymnasium. The innovative architectural approach here involved placing teaching areas and workshops on the upper floors, which then freed up the ground level of the building and allowed for the design of quite a tall building. Enthusiasm for new materials and technical advancements led to the construction of a load-bearing foundation using cast-in-place concrete and non-bearing pre-fabricated facades. The project garnered major attention even during the building phase as it was one of the earliest examples of industrial construction in Sweden. The building was extremely carefully designed in terms of the details and material combinations involved and Léonie Geisendorf was often present herself at the construction site in order to ensure that things were undertaken properly during the construction process. The successful result delivered a generously proportioned entry hall, extending across several floors and revealing the impact of Le Corbusier on the design in several ways. The choice of material used was important not least because the school’s students were supposed to be able to learn from their own surrounding environment. This was reflected in the unique interior design created in conjunction with Thea Leonhard and furnishings provided by contemporary creators of Nordic design and textiles. The building was completed in 1961.

Afterwards Léonie Geisendorf surprisingly produced very little and one can only wonder why more buildings bearing her firm’s brand were not built in Stockholm city. Although her office regularly competed and was hired for official studies involving complex planning for sites required by the developing Swedish welfare state during the 1960s and 1970s – such as prisons, municipal buildings, town planning – much of this output remained on the drafting table, however. Indeed, one master piece which the firm spent 13 years working on, namely the new Catholic church along the centrally located park Kungsträdgården, was sadly never built. Models and completed construction agreements show how far the project had come. The plans included a thoughtfully sculpted concrete façade facing Kungsträdgården with open porticos at various heights. A series of inter-related factors led to a drawn-out planning process, impacted by unfortunate circumstances which included a new property tax. This was compounded by the general public’s growing dismay at the ongoing wave of buildings being torn down in Stockholm city, leading the Catholic congregation to change their minds and opting instead to undergo a refurbishment project with a different architect.

Léonie Geisendorf was a modernist and is considered to be a pioneer of the International Style, which focused on investigating the potentials of industrial construction in the post-war era. She was a skilled and artistic architect. As an individual she was diligent, fearless, and argumentative. She was worldly, multi-cultural, and had mastered several languages and thus was somewhat of an exception within the contemporary Swedish construction world. In addition to being a professional architect Léonie Geisendorf was also a forceful writer who frequently gave valued lectures at architectural schools across Sweden during the 1990s. She also had an influential voice within Swedish city construction polemics, particularly during the developments within Stockholm city of the late 1960s. One example of this was her proposal, which also involved her colleagues Anders Tengbom and Ralph Erskine, to create a Mediterranean-style ‘promenade city’ under the slogan “Corso”. This proposal was a strong contender for the 1966–1967 development plans for Sergels torg and lower Norrmalm which generated sharp debate in the media. Despite “Corso’s” appeal it was architect Peter Celsing’s entry that was ultimately built.

The comprehensive archive of Léonie Geisendorf’s architectural drawings, saved from the firm’s premises at Engelbreksgatan 25 in central Stockholm, enable us to retrospectively evaluate the sheer quality of her work. However, to better understand the challenges faced by Léonie Geisendorf and her contemporaries, further light must be shone in a norm-critical perspective on the complicated contexts of the Swedish construction industry and its institutions of that time, including the state-run Byggnadsstyrelsen (Board of Construction).

Léonie Geisendorf’s architecture gained public recognition through exhibitions held at the Royal Swedish Academy of Fine Arts in 1990 and at Arkitektur- och Designcentrum (ArkDes) in Stockholm on the occasion of her 100th birthday in 2014. She gave a speech at the inaugural ceremony for the latter by telephone from Paris, where she resided during the final years before her death.

Léonie Geisendorf died in March 2016, a few weeks before what would have been her 102nd birthday. 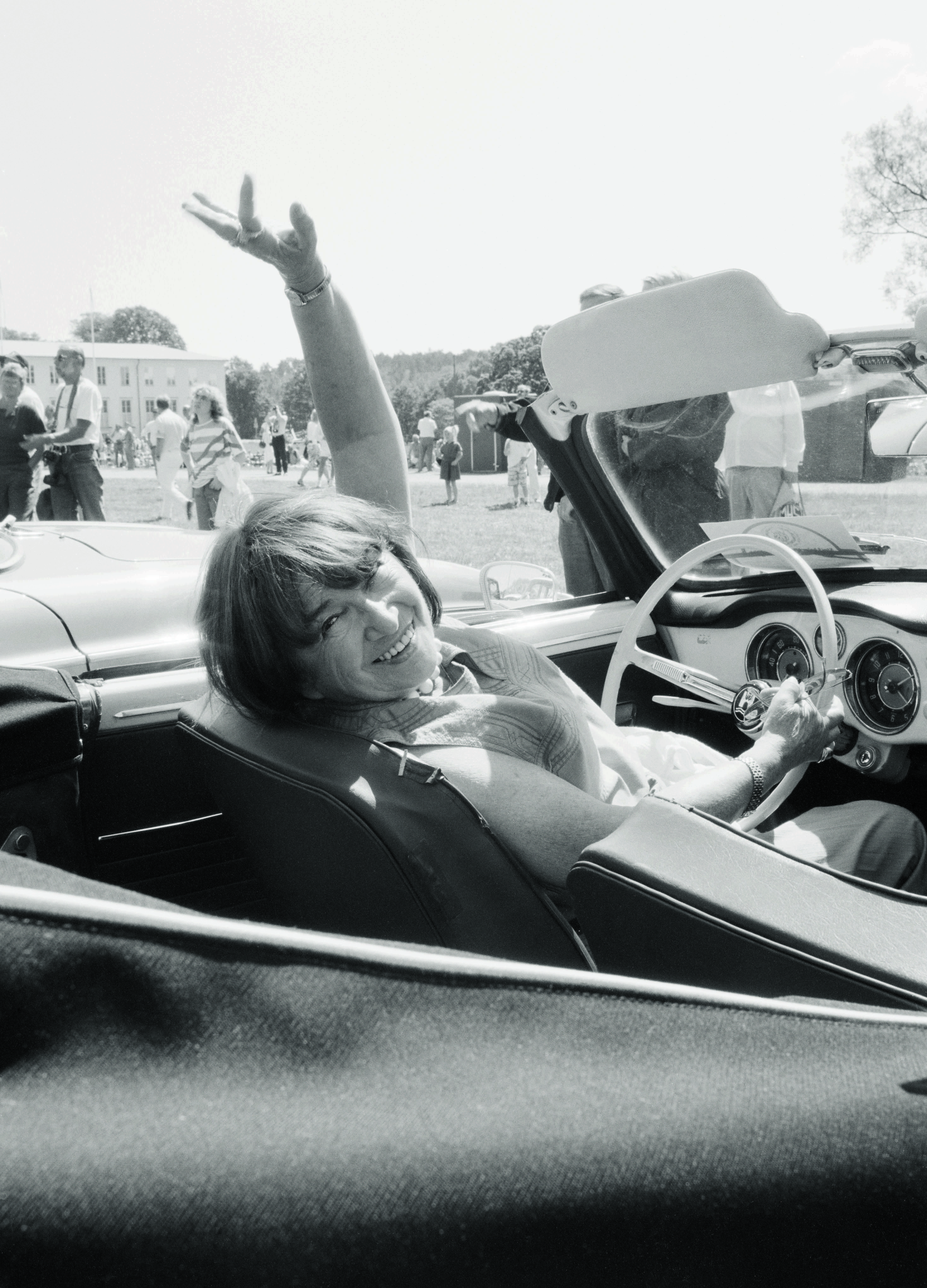